This is How our Voices will End this Injustice. 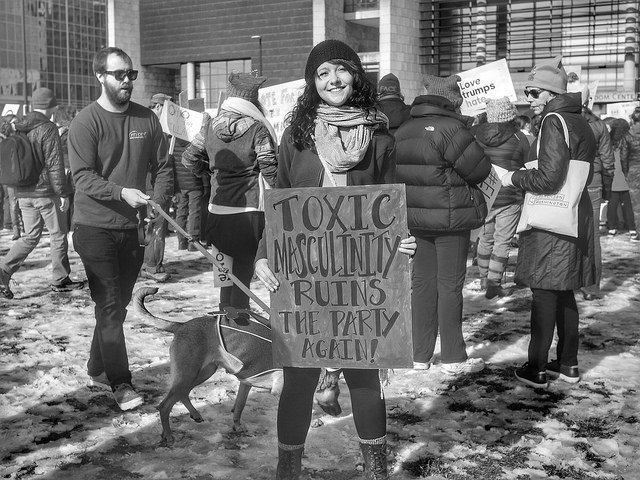 Thank you to every single woman, man, and child who stood up in unity this weekend to advance our cause as a gender.

Unification is what we need as women.

We share an experience as a gender of not being treated equally. I can think of no one in my inner circle that did not share a “me too” story in 2017. I am so proud of every single woman who had the courage to share their story.

Mine is no different, and I think it is important to realize that these are not isolated experiences. This is the reality of being a woman. In order to survive, we have learned to fight against a belief system that has gone unchallenged for generations; “boys will be boys.” My hope here is to continue to shed light on the epidemic of assault and harassment by sharing my story.

Our voice is our most powerful weapon and antidote against these injustices.

I grew up in the era of the Equal Right Amendment (ERA), Geraldine Ferraro, and Anita Hill. I may have been a child when Geraldine Ferraro was the candidate for vice president, but I vividly remember men on the news saying that we cannot have a woman that close to “the button.”

Back in the early 80s, when the whole family watched TV together, I can remember watching women on the news marching in Washington D.C. with ERA signs. I can remember my dad and sister discussing what the ERA was, and realizing the struggle I was going to face as a girl.

Especially considering the news commentary and what men were saying about why women do not need equal rights. Things said out loud back then would cause someone to lose a career in today’s climate. It is sad it has taken so long. I am so grateful for the brave women who have been marching for gender rights over the centuries, and I am inspired by every woman who marched this weekend. We are finally gaining some much needed momentum.

My first realization that I was going to have to learn to protect myself from unwanted advances came as an adolescent. I was a bit on the wild side as a teenager. I went to house parties regularly, drank, smoked pot, and even engaged in consensual sex. However, that did not make the repeated assault I experienced at the hands of drunk teenage boys okay.

It was well known in my circle of friends that going to the bathroom alone was a mistake, but sometimes you just have to go. The worst of many incidents of sexual assault I faced was when I was 16. Upon trying to leave the bathroom, two boys pushed me back in, shut the door, and started to sexually assault me by holding me down and putting their hands down my pants and up my shirt. Fortunately, they stopped when I started kicking and yelling. Despite my risky behavior, nothing I did was deserving of this assault.

As a professional, I also experienced sexual mistreatment. My favorite job in the 18 years I worked as a nurse was at a cardiac rehabilitation center. I worked there for about six months before the doctor started making sexual remarks to me. The most common being, “You know how walking behind you makes the pleats in my pants disappear.”

It was incredibly annoying, but seemed relatively harmless, so I just let it go with an eye roll. I even told my boyfriend, and we agreed that he was just “one of those guys.” Then one day as I was finishing up some paper work, he handed me a Kama Sutra book, and asked me to pick out a position in the book, so he could show me how it was done.

I remember feeling frozen and scared. He was not forceful, but he was my boss, and saying no in the right way felt like a matter of survival. I do not remember exactly what I said, but I was able to get out of it without it progressing beyond that for the time being. At first, I tried to just ignore what he had said, but he kept asking me about the book and the positions in it.

Finally, I told him in no uncertain terms that it was never going to happen, and I wanted him to stop. The retaliation was unbearable. He stopped paying me and repeatedly called me into his office to write me up for things I didn’t do. Eventually, I had to file a formal complaint and get an attorney. He settled out of court, and I was forced to sign a non-disclosure agreement. By silencing me, he was now free to violate someone else.

We need to be able to warn each other about these workplace predators. When I am reading reviews about a company I am considering working for, knowing if the leadership is complacent with sexual harassment is on the top of my list. Sharing our stories is the only way to prevent what has happened from happening again. As we stand and fight, the elimination of non-disclosure agreements must be at the top of our list. Our voices will be heard.

Many women have had similar experiences and much worse. I grew up in an upper middle-class area. The behavior of these boys was not related to a lack of education or poverty. It was privileged boys, and men thinking they had the right to my body. Somewhere along the way, boys pick up dangerous messages that if they are popular, rich, and powerful, women will let them do whatever they want.

This is absurd, and despite how sad it has been to learn about the inappropriate behavior of some prominent men, who I really like as public figures, we must continue to call it out. Jobs should be lost, excuses can no longer be tolerated. We must stay strong and united in the fight from “me too,” to “never again.”

I am inspired by a recent article by Mudra Love, and I too encourage you to share your story. Together, our voices will put an end to these injustices. 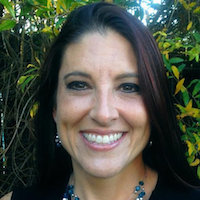