Every Voice Counts—it’s Time to Lift our Voices Together. 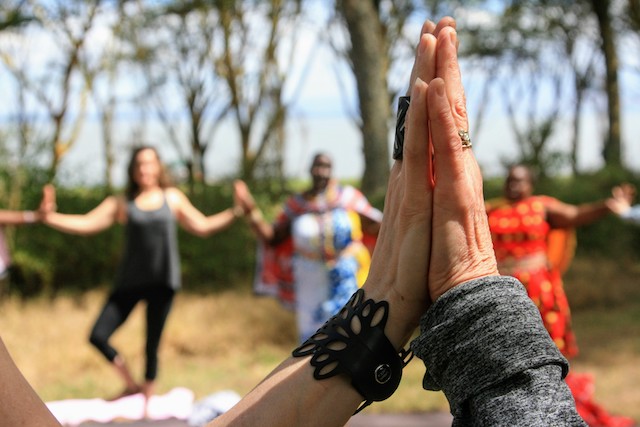 I was 16 years old and working as a check-out clerk at a local grocery store.

It was my first real job.

I loved the independence of making my own money, and I had a cool boss as a bonus. He was probably in his early 40s, but he acted like a teenager. He cracked jokes, stuck around to play Pac Man after the place closed, and didn’t let much ruffle his feathers. He made work fun—for a while.

After some time, he began making inappropriate comments, cloaked as a joke. Comments like, “If I told you you had a nice body, would you hold it against me?” They left me feeling uncomfortable and sometimes frozen. I played stupid, pretending not to understand his question, and hoped he’d get the hint.

One day, around the holidays, I was in the break room alone. He came in and stood there watching me eat. Finally he said, “You know, all the girls are giving me a Christmas kiss.” Again, I played dumb. I stood to leave, and he grabbed my wrist and said, “Everyone gave me one but you. Don’t hurt my feelings.”

About 10,000 strategies went through my head in a single second. I was trapped. I was scared. How do I get out of this? Am I being over reactive? I can give him a kiss on the cheek and get the hell out of here, right?

I leaned in to kiss his cheek, and in one split-second he turned his head and thrust his tongue into my mouth. After that, I don’t remember anything.

When I think about that incident, the thing I can recall with sparkling clarity is the feelings of that moment:

And, most damaging, what did I do to cause this?

One in five women will be raped in their lifetime, one in four girls (and one in six boys) will be sexually abused by the time they turn 18, and one in seven military personnel experience assault at the hands of someone in their chain of command. In fact, someone in the United States is sexually assaulted every 98 seconds. And in 2017, so many unreported cases came forward that we must face the fact that these statistics are likely to be way lower than the reality.

The current epidemic of sexual abuse, assault, manipulation, and harassment that permeates our society is caused, in part, by the individuals in positions of power who use sex to intimidate, violate, or terrorize the vulnerable. But these staggering statistics of sexual abuse are also a symptom of an invisible social system of secrecy, silence, and oppression—in which we all play a role. This system is perpetuated not only by those in power, but also by those who have no voice within the system, and those who either shield the powerful or turn a deaf ear to the abused. These dynamics play out at every level, from small family systems all the way to the largest global systems, like religion and the military.

The level of sexual abuse and oppression in the world ranges from the most heinous acts, such as incest, pedophilia, abuse rings, and violent sexual assaults to experiences, such as molestation/harassment by bosses, doctors, or coaches—and living out decades in a sexually oppressive marriage. The common thread in all these scenarios is the victim’s inability to speak out, or to be heard if they do. Worse, the social system we trusted often turns on us, branding us as liars, pariahs, or just plain crazy, instilling long-lasting feelings of shame and guilt—and in many cases PTSD.

The truth about trauma is that it’s not just a single incident that contributes to traumatic stress. What happens after the trauma—the support we receive or lack—significantly contributes to the development of traumatic stress and PTSD, and results in damaging long-term symptoms like isolation, social dysfunction, and crippling feelings of guilt.

My experience with my boss when I was 16 was not an isolated event. It happened many years after being sexualized by a family acquaintance starting at the age of 9. By the time my boss cornered me in the break room, I was already blaming myself for “attracting” unwanted attention. I had already learned that it was “no use saying anything,” and I was already turning into a “bitch,” because obviously, I was too friendly and gave the “wrong idea” to men.

This was not the last incident of assault in my life either. And I know that I am like the millions of women who said #MeToo—and the millions of others who didn’t, because they couldn’t get themselves to say it out loud—those who have story, after story, after story of sexual assault, abuse, or harassment. We don’t forget these moments in our lives, because they are moments when we felt powerless, helpless, or terrorized. They are traumas, and as a matter of survival, our bodies remember.

Speaking up is a start. Declaring #MeToo or #TimesUp can be motivating and help us to feel we are finally part of a community that sees the need for change. But to get the change we want, we must also commit to dismantling the systems that protect the powerful and silences the vulnerable. We must do this by being unafraid to speak up for ourselves, and for others who suffer, instead of “staying out of it.” This will only keep the invisible system running as usual.

For every one of us who have said #MeToo, there are hundreds of thousands of women and girls who have yet to strengthen their voice. It’s up to us to help these women and girls lift their voices and start punching holes in the systems of oppression from the inside out.

The women in my life who have said, “I know how you feel because I’ve been through it, too,” helped me feel less alone. When they said, “It doesn’t have to be this way,” I began to find my voice. And when they said, “I’ll stand by your side,” I started to gain strength. I am honored to have met incredibly strong and inspiring women who help other women find their voice and their strength; and I also know they are able to do that because someone else helped them.

If you are a woman and you are reading this, chances are that you have been a victim at some point in your life. Lift your voice, speak your mind. Create a community of support and commit to helping others do the same. The systems of oppression can and will be dismantled when we lift our voices and support those who feel silenced or scared to lift theirs as well.

We need every victim on earth to know it wasn’t their fault. 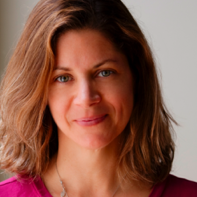