How to Find Faith when your Life is Falling Apart. 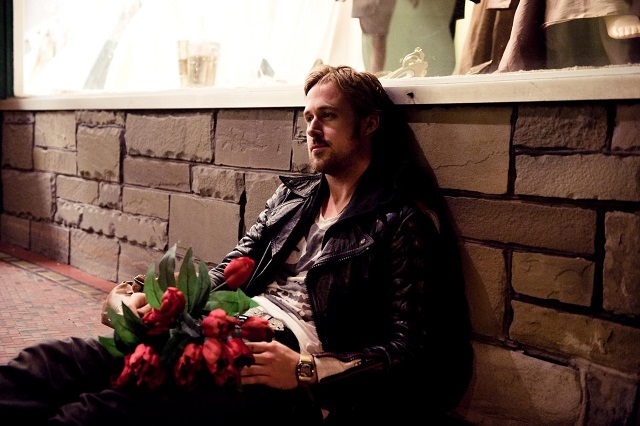 “Ten thousand flowers in the spring, the moon in autumn, a cool breeze in summer, snow in winter. If your mind isn’t clouded by unnecessary things, this is the best season of your life.” ~ Zen Master Wu-Men

There’s a stale old joke that has been making the rounds in the music clubs all over the United States for the last 50  years or so that goes: “What do you call a musician without a girlfriend? Homeless.”

Up until 2010 when I turned 40 years old, I was a living, breathing example of exactly that. I was able to justify my irresponsible and fly-by-night way of living by telling myself that I was still in my 20s or my 30s, and time was on my side. Like I said, my 40th birthday was when it all began to change.

From experience I have learned that what the world really doesn’t want to know about is the messy stay in rehab and the visits with the psychologist; or the night you fell to your knees and looked up to the sky pleading for help because death seemed almost inevitable. Regardless of the semantics one attaches to this sort of miraculous transformation, the result doesn’t change.

I stayed on the path and parlayed my cessation of alcohol and substances into a more involved program of giving up cigarettes and bad food and bad situations—and finally—all negativity that I came into contact with.

One of the wonders that goes along with choosing to change everything about a poorly lived life is that, almost by default, you find yourself in situations where opportunities become more available, income begins to increase, credit issues start to resolve themselves, and one day it’s as if you wake up and become an adult. I can look at myself in awe when I think about the material possessions I have recently acquired and the wallet full of credit cards to go with it.

I have graduated; I am a musician without a girlfriend who pays his own rent.

Recently though, because of an unexpected twist of fate, I have been faced with an uncomfortable financial situation that practically thrust me right back to where I was five years ago. The novel thing about it is I am experiencing it much differently than I initially did. Now that I have what is commonly referred to as a “recent history” of overcoming obstacles and the focus that comes with the years of clean living I have experienced, I can approach dukkha with a calmness and brightness I never possessed in the past.

Dukkha, as many of you may know, is the almost untranslatable Sanskrit word that appears in The Four Noble Truths and is oftentimes replaced with the much weaker description “suffering” or the word “pain.” It is in the translated version of The Noble Truths that the very famous quote by the Buddha appears: “I teach only dukkha and the end of dukkha.”

We can study these truths to get a clear idea of how to, as Buddhist teacher Pema Chödrön suggests, “lean into” the pain and unsatisfactoriness of existence, but it also helps to become clear about what it is in dukkha that sets us off:

My personal and recent experience with aversion dukkha happened just yesterday when I was doing my taxes and instead of the thousands of dollars in refund money I have been recently accustomed to, I just became aware that, not only will I not be getting that, but I actually owe money instead. This sent me immediately into a place of darkness. This was not what I was expecting. I recognized these uncomfortable feelings as what they were—aversion dukkha.

By the same token, the very same set of circumstances that can get us stuck in aversion dukkha can also hurl us into a world of attachment dukkha. We try to convince ourselves that we have graduated once and for all to a place where we should expect to have this sum in the bank or that kind of financial freedom necessary to give us a false sense of security we are so used to. As the Buddha teaches in the Noble Truths, neither thing is entirely accurate.

It is only through mindfulness practices and what is called “right livelihood” that we can finally let go of aversion dukkha and attachment dukkha and embrace what is the only true answer to all of these cares. In other words, it is when we stop putting emphasis on wanting this thing and not wanting that thing that we finally see the “end of dukkha” as the Buddha promises.

So as facile and simple as this all distills down to, it brings us right back to the quote by Zen Master Wu-Men. When we are able to detach from the illusion of unnecessary thoughts, we can live the best days of our lives. I believe this is truly what is known as “mindfulness.”

Never easy—but worth the work.