The Night is Dark & Full of Terrors: a Parenting Nightmare. 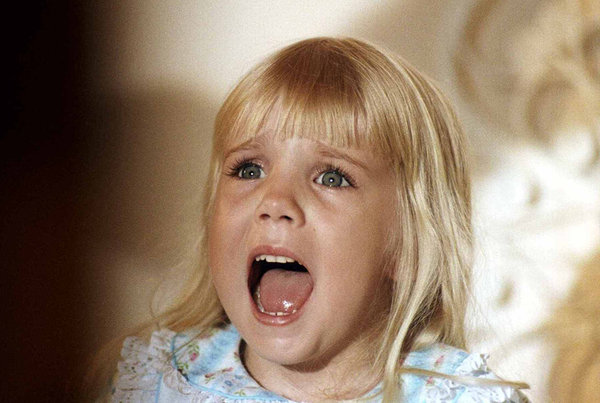 From the other room, I could hear my toddler crying.

She’d been doing this a lot recently during nap time: screaming inconsolably but not really awake. The episodes usually last 15-20 minutes. Most of the time I can get her to calm down, but this time was different.

I opened the bedroom door to find her facing the one window with the blackout curtain, sobbing. At first I couldn’t make out what she was saying beneath the sobs but sitting next to her, the words gained substance.

Maybe she was talking about the sounds from the apartment above us. Whoever lived there had been renovating for the better part of two years. Their work was inconsistent but their preferred working hours was during nap time.

After trying to calm her down for a few minutes, I pulled her out of bed and held her. She was exhausted and kept trying to sleep but whatever she saw in her nightmare wouldn’t go away. The part of the window, where just a tiny sliver of light snuck in, held all her attention.

She started to shake and kept opening and closing her left hand, as if she’d injured it, while holding the right one to her chest.

I put her back in bed when her breathing started to even out. As soon as her head hit the pillow, she closed her eyes. I waited to make sure.

Suddenly she sat bolt upright and screamed at the window.

“Hey, look at me, baby. Look at me. It’s okay; there’s nothing there,” I tried to reassure her.

Slowly, she turned her head toward me, almost convulsing now, and pleaded, “I am looking at you daddy!”

Turning back to the window, she lifted both of her hands toward the sliver of light, as if to receive something. Her wailing reached a pitch I’d never heard from her before and her whole body shook.

Nap time was over.

The night is dark and full of terrors. Or so acolytes of the Lord of Light would have us believe. Whether or not it is actually full of terrors depends on how much your imagination takes over after the lights go out.

For some, nighttime is a matter of physics and planetary motion. For others, the night manifests itself in sinister ways, and within the subjective caverns of the mind, it can both be a time of wonder or intense, sheet-sweating fear.

Ah, sheet-sweating fear. The imagery brings back memories from my youth. The night always had added experiential value for me. My imagination would stop cooperating with conscious control, literally coming alive.

I should thank one of my aunts and best friend for this. They got me started on Stephen King at the tender age of nine. (Eyes of the Dragon was such a classic, then It followed after). Nights have never been the same since.

Tossing and turning in my sleep, I’d lie awake for hours waiting for the monster under the bed. The 1988 version of “The Blob,” had me in a panic every time I took a shower or went to the bathroom.

I still consider this a possibility from time to time.

Maybe an early education in horror was only the trigger, though, and a penchant for vivid nightmares is written into the fabric of our DNA. Just like hair, skin, eye color, talents, and so on, dreaming is passed on from generation to generation.

I want my daughter to have an active imagination—a sense of the macabre even (because we make interesting people), but I would withhold the darker bits. No dark strangers or visitations from Cthulhu for my daughter.

I would withhold the same waking nightmares I’ve had on and off since childhood: a presence, sometimes malevolent and other times indifferent, that appears after failing to wake up from a dream. It’s a dream that’s recurred often during stressful life periods. I see it as an old friend now—an unwelcome friend.

Yet, I’m not the only one. I thought it was a fluke of my imagination but several family members have confirmed the same experience. And if talking, walking, driving, and cooking in our sleep are traits expressed through generations (maybe not the last one), then the proclivity for nightmares and terrors isn’t far behind.

Maybe Bruce Lee was haunted by something sinister his entire life: genetics.

A little research can tell us that nightmares, or an outbreak of night terrors, is common in toddlers. We all know what sort of acid trip is going on in there—even if most of us, maybe not all, don’t remember it as adults. Stress and periods of transition can bring them on, but it seems that if you were/are prone to them, then your children might be as well.

I guess family curses can be real, in a manner of speaking, but best we don’t talk about it, lest we conjure something.

In the several weeks since that last night terror, we’ve had no more—just a few bad dreams that were quickly forgotten.

I’ve had a few bad nights.

From time to time, I wonder what she was reaching for and what she saw. Maybe it wasn’t some dark stranger or monster, but something else. Maybe the propensity for sheet-sweating nightmares is broken with her generation.

I can only hope the darker parts of my imagination didn’t lodge themselves in hers, and she’ll get no visits from “It.” At least not for a while. 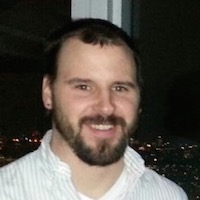