We Cook, We Clean & We Tend to the Children. We are Extreme Feminists—& We are Rising. 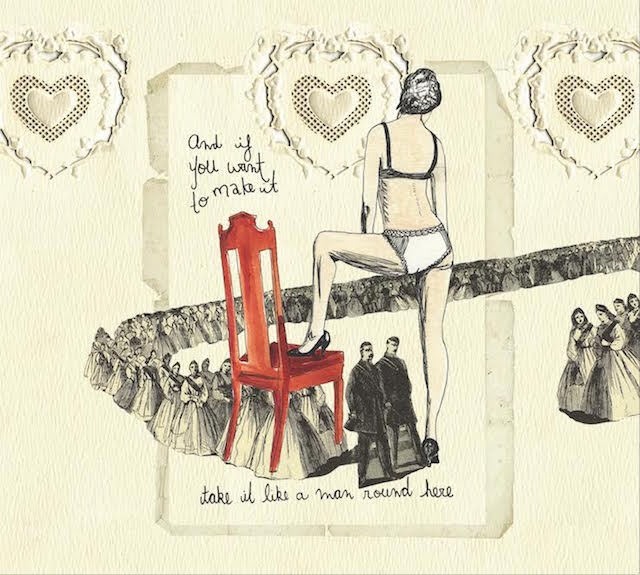 As Beyoncé put it in her famous Elle interview, it’s extremely simple: feminism is the equality of rights for both sexes—and furthermore, all genders.

Equal rights. Not the same strengths, the same activities, or even the same outcomes. It is simply the same fighting chance at complete expression, with an expectation that each be viewed as inherently worthy.

It’s no secret that this is a tall order in the current reality. Nobody should pretend that it requires anything short of a total social overhaul, as it requires that we look beyond previously accepted social limits, see unique strengths where we used to see weaknesses, and open our minds to possibilities that may have not been previously imagined.

The Taoists have used the yin-yang symbol for thousands of years to represent the ancient energy system of life in which “feminine” and “masculine” energies are equal halves of the whole, both fully integrated and dependent on each other.

The feminine and masculine principles represent far more than human “man” and “woman.” They represent the root energies of everything that exists. Simply put, the light, symbolizing action and movement, is masculine, whereas the darkness, symbolizing receptivity and nurturance, is feminine. Taoist belief holds that everything in nature has a unique mix of both of these energies.

According to these ancient Chinese principles, a person who is fully balanced and tending to their own nature would find that both masculine and feminine qualities are expressed uniquely, no matter what lies between their legs. It’s also thought that since we are eyeballs-deep in a time of extreme imbalance toward the masculine, it is likely only women who can even come close to accessing the long-forgotten, fully suppressed power of the sacred feminine.

Somewhere along the way, we began to erroneously see the nurturing and receptive qualities of the feminine as weak and worth far less than those of active, empowered masculine. So we oppressed her, burned her, shut her down, and got really scared of seeing her inside ourselves—let alone showing her to the world.

Those with the agenda at the front lines of oppression began to win.

We women eventually gave into the fear, and even took part in oppressing our deep feminine natures. Sure, we kept some for our children, and maybe our immediate families. But we kept it behind closed doors, and took it out of business, politics, economics, and even many forms of creativity. In the home, necessary and nurturing things like cooking, cleaning, healing, and tending to the children didn’t come to a stop by any means, but the energy behind these tasks changed at its core. Other manifestations of the sacred feminine—like intuition, unity, and compassion—began to waste away.

And the whole world has been suffering ever since.

Taking a look back before any of this mess happened, we would see that people who tended the home and family, or conducted their lives based on intuition rather than knowledge and logic, were not always seen as creatures from the bottom of the barrel. There was a time when women (and maybe even men) knew exactly what kind of power lay in the embodiment of their dark, receptive, nurturing feminine energy. When this certain power of the feminine is awake and realized, it reveals a solid and fundamental truth about all of existence: you cannot suppress one half of something without it eventually withering and dying.

Oppressing the feminine source means taking out the part of creation that carries, holds, nurtures, and grows everything into manifestation. Just as women give direct birth to babies from their wombs, feminine energy gives birth to all life in every moment of the constant swirl of creation.

As women, our birthright included the deep knowledge of how to grow and take care of humanity and everything else in the world. It included an intuitive knowing about the fabric of life. It wasn’t an accident that ancient communities entrusted people with strong feminine divinity to care for the food, the home, the children, and the health of the community (among many other things). There was a time when women knew what happened when they sent thoughts of love or hate into the food they were cooking. They knew what happened when they spread certain herbs around the home, burned certain incense, or fed the sick certain plants. They knew which spirits would ally with them if something needed to change. They knew exactly what kind of community they could build with proper childrearing.

Women could sway their whole family or community however they wanted by doing what they would to food, their homes, and their communities—be it harmony; be it revenge. Helping, healing, or hindering. There was a time when women had control of it all. Cooking and cleaning were not tasks for the weak or under-skilled. These were reserved for those who held it all together. The people who had serious f*cking power and knew how to use it.

These people were the women. The oppression began when others got really f*cking scared of being on the outside of this power. And so they started burning them. I mean, what other choice did they have? They didn’t stand a chance—and they knew it.

Now is the time, ladies. It’s rising. Go into the darkness, into the silence, and listen to that voice, because I’m telling you right now, it’s real, and it’s right. Whether you cook or you’re a member of parliament. Whether you heal or you code. Whether you build roads or have babies. Whether you paint or play sports. You are needed, because you are connected to something so f*cking big, it’s mind blowing. You are a powerhouse for change.

Let’s figure this out together. The time is now. 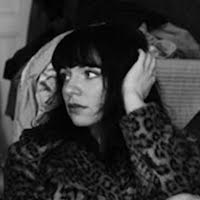