How I was Gaslighted by the President of the United States. 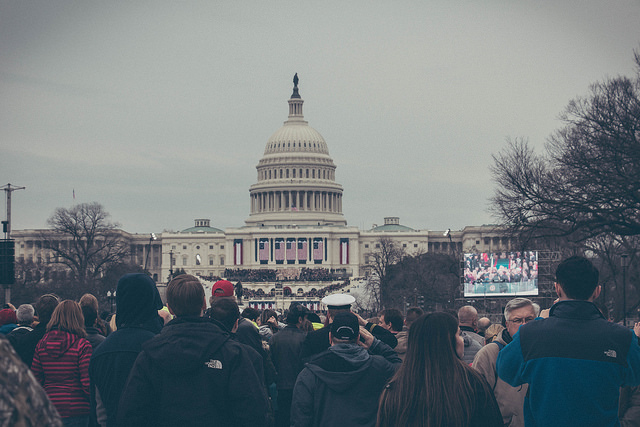 It was the day after Donald Trump had been inaugurated, and I was lounging around on my couch in the living room watching the news.

“This was the largest audience to ever witness an inauguration—period—both in person and around the globe.” It was Sean Spicer’s first press briefing, and chills went down my spine as I heard those words. I sat up, and inexplicably, my heart was suddenly thudding in my chest and blood was rushing into my head.

My eyes laser-focused on the screen as he continued to speak, but I couldn’t understand why I was suddenly feeling so anxious. Spicer made claims to try to back up his assertion, mentioning ridership numbers on the Metro, the use of whiteboards in past inaugurations to protect the grass, and how crowds are estimated.

Yet, I had heard most of these discussed on the news already, and they didn’t support Spicer’s conclusion.

My breath continued to quicken as he spoke, and I felt my throat tighten.

He was not merely making a statement. He was trying to erode my confidence in my own ability to perceive reality accurately. This was a subtle but hostile act of erasure with which I was very familiar and the effects of which I was still digging myself back out of—and now it was happening again.

Suddenly, I was remembering very vividly a moment from my past involving an ex-boyfriend.

Something had told me to check his list of Instagram followers. Something was off. I could feel it, but I couldn’t put my finger on what.

I clicked the button to open his list of followers and right at the top, her picture appeared. I took a screenshot and texted it to him: “What is this?”

Immediately, the text came back from him: “I didn’t add her.”

“What do you mean you didn’t add her? You unblocked her and added her. How else is she there?”

Confused, I checked his list of followers again and she was gone. “She was just there. Didn’t you see what I sent you? You must have re-blocked her.”

“It must have been an Instagram glitch. I don’t know what to tell you.”

For six hours, he proceeded to try to tell me that he didn’t know how she had ended up on his list of followers, that he had nothing to do with it.

During that time, I kept opening the screenshot I had taken just to make sure I wasn’t wrong. If I hadn’t taken it, I would have started to doubt that I had seen her picture there at all.

But I wasn’t wrong. I had the evidence right there in front of me. Didn’t I? Then he got angry and accused me of not trusting him.

Was it possible he was telling the truth, and it really had been an Instagram glitch? Was I wrong not to trust him? What if it really had been a glitch and I was refusing to believe him? Then I would be the one who was wrong for not giving him the benefit of the doubt.

But I just couldn’t buy that story. I knew what I had seen. When I told him I was shaken by his insistent lying and needed to think about what it meant for our relationship, he changed tactics.

“Okay, I added her. I’m sorry, but I wasn’t thinking that it could hurt our relationship that bad. Why would I hurt you if I’m madly in love with you? I spend more time with you than my family or my friends because you make me happy. You complete me. If I knew it would hurt you, I swear on my life I wouldn’t have added her, and I wouldn’t have lied. I love you. I can’t even think about one moment without you in my life.”

That was just one incident. There were hundreds like that one over the years. What about the times I didn’t have a screenshot?

“I didn’t say that. You heard me wrong.”

“My GPS is wrong. I was at work the whole time.”

“Her number is saved in my phone because I had to block it.”

“You’re reading too much into this. You overanalyze everything. You think too much.”

“I didn’t say that about you. Do you think I’d disrespect you like that?”

“That’s not even cheating.”

“I just tell her what she wants to hear.”

“That’s just a girl I went to high school with.”

“She’s obsessed with me and won’t leave me alone.”

It’s a trap. You can avoid saying something when your intuition knows you’re right, but then fall into a deep pit of despair knowing that what you’re hearing doesn’t match the facts. You can also speak up and demand the truth, or ask to have a discussion, and be made to seem petty and paranoid. Neither of these choices ends up being a good choice psychologically, and over a prolonged period of time, the experience can take a toll on someone’s mental health.

These attempts to re-write what happened are a war on reality called gaslighting. This is a specific form of manipulation where an individual denies, provides conflicting information, or outright lies over and over again so that another person begins to doubt his or her own perception of reality. The term comes from a 1944 movie where a man purposely tries to drive his wife insane by making the gaslights flicker, then tells her that she is imagining it when she points it out. It’s a brainwashing tactic to which anyone can be susceptible.

It’s easy to let small things go at first, especially when someone pits their memory against yours and there’s no proof, but over a long period of time and after being subjected to multiple forms of gaslighting, victims start to feel constantly confused about trusting their own judgment.

That night in January, as the news briefing ended and the political pundits began to discuss it, they looked as stunned as I felt. I was shaking. This was an old feeling, but not a friendly one. When you know something is true and you’re being told a lie, something inside you feels mismatched and your brain screams for realignment.

The bad thing about having a leader who gaslights is that you can’t walk out or escape it. It’s on the television in your apartment lobby. It’s in your news feed on Facebook. Sleep didn’t come easily for a while.

Yet, mercifully, over time, the way that the larger world had mirrored my smaller world began to change and the re-traumatization began to lessen each time I heard a new set of lies. I was buoyed and intrigued when I realized that it was because there were too many of us sharing the same reality for the effects of the gaslighting coming from the White House to set in for me. Real-world grounding by mass media refutations and personal discussions in which we could triangulate each other’s experiences broke the spell.

People in relationships with narcissists aren’t that lucky. The entire world around the narcissist bends over backward to accept and defend his or her narrative, due to careful impression management by the narcissist and often by finger-pointing at the very person who is being gaslighted. 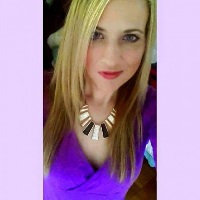