The 5 Keys to making Love Sink or Swim. 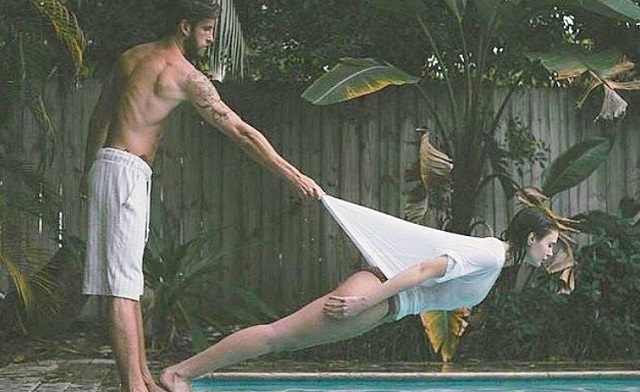 There really is nothing more exhilarating than the rush that comes with new love.

That feeling where you wake up to a text that says, “Good morning beautiful,” from someone you never thought you’d ever have a date with.

It’s especially exciting when you go through periods where you feel as though you’ve been settling for whatever crumbs life has been feeding you, and you finally arrive at a virtual feast in your honor, because that person was a nebulous “what if” for years.

It’s powerful stuff. It makes us drive past our own driveways and try to open our front doors with our car remotes. It finds us unable to sleep and writing poetry deep into the dark night.

Depending on certain circumstances, this can be maintained for six weeks, six months, or sometimes even a year. But inevitably, reality will peek its head in the door. Sometimes it comes dressed as an infant (or two), and sometimes it is just nothing more than the banal passing of time and the wearing off of novelty.

When this happens, there are certain elements that will determine if your bliss will last or if you’ll be signing up for Match.com by Christmas.

Gratitude. It’s a human thing to take anything and everything for granted. And while I may be furrowing a few brows by saying so, it’s the sort of thing that leads wealthy people to depression and famous people to suicide. It’s also largely responsible for average folks packing their bags and looking for greener pastures elsewhere.

When we are cohabitating with the same person day after day, it can be a bit of a challenge to remember how thrilled we were that they became part of our lives in the beginning. It’s an effort that is worth its weight in gold though. Just ask anyone who is currently languishing away in singlehood. Cultivate gratitude for your life and the people who are in it and you will know peace.

Affection. Many couples, after a certain amount of time, reach that unenviable place where all physicality is drained from their lives, and they almost begin living as roommates or friends. The combination of leading busy lives and becoming too used to being together can be fatal. In these particular instances, it can be helpful to be the one to take the first step and reach for the other person with a loving embrace.

It’s funny how we fail to realize how good it feels. There are times when little resentments build up in our subconscious and general ambivalence can grow to downright dislike. A show of affection at least once or twice a day will help diminish those resentments. Ignoring this element will likely lead to one or both partners seeking it somewhere else.

Reciprocation. Nothing kills a relationship faster than one person giving everything they have to give—and the other person not giving a single damn thing. I know of a case where one person was working ridiculous hours to keep their family afloat and for years they had to get up and make their own lunch. They’d also arrive home after a typical 12-hour shift and have to prepare their own dinner. Situations like these are not built to last. It takes work to keep a relationship running smoothly, and if one person is doing all of that work, the relationship is destined to end.

Encouragement. If you are involved with an artistic person and make it fairly obvious that you are not even slightly interested in their work, it’s going to be difficult to keep the relationship afloat. I knew of a situation where one partner thought she was playfully ribbing her mate about what she perceived as her conceit regarding her creations, when in reality it was nothing more than healthy pride.

Unfortunately when someone does not feel encouraged by their mate but does feel encouraged by others, this may hasten an end to the relationship. What makes it even more frustrating and hurtful is when encouragement existed in the beginning, but starts to wane. I’m not sure there is anything that makes a person feel more taken for granted than that. Of course, if your partner’s interests are fantasy football or comic books, it may not be as crucial. But, if your partner is a dramaturge and you don’t even bother showing up on opening night, don’t be surprised if you come home early one day and catch her with the leading man.

Communication. The element that is sewn handily into all the other elements is communication. There are always going to be issues in relationships that need to be addressed. You would not expect a car to run for years without an oil change. So logically, you would be silly to expect a partnership to continue without maintenance. Anything with two or more moving parts needs a little oversight and mindful supervision. Two people can’t flourish or even hold together on autopilot for that long. Sometimes even a little couples counseling is called for. Don’t shy away from it. Most of the time it will not only help you to have a better relationship, it will likely enrich your life.

It is my belief that these five key elements will keep 99 percent of relationships from falling afoul. I reserve that one percent for cases that involve psychopaths, sociopaths, and fraternity boys.

Norman Bates and Pi Alpha Nu aside, happiness can be yours for a price. If you think about, in certain cultures all of these things exist as a matter of course. In some poor nations, a strong bond with your partner is as much a matter of survival as it is a quality of life issue. In more modernised countries, however, with all of our social media, iPhones, and abundant stimuli, it involves some work.

Don’t be afraid: it won’t hurt you.

THE ONE BUDDHIST RED FLAG TO WATCH OUT FOR.