You Have what “She” Has. 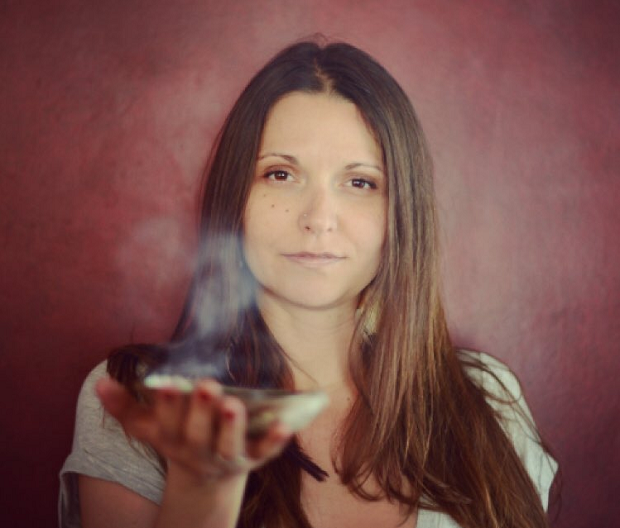 During a Chakra Psychology certification training, a woman walked up to me after our lunch break with a bouquet of freshly cut sunflowers and began singing, “You are my sunshine, my only sunshine…”

Crying, she handed me the flowers and a card. I couldn’t quite understand what was going on, nor was I particularly good at receiving at the time, but I thanked her profusely as we were told to return to our yoga mats.

The night before, we had performed a trans dance under the leadership of Shiva Rea. Back then, I didn’t even know who Shiva Rea was, but I remember walking by a woman I could empathically feel was incredibly turned on—and no, I don’t mean sexually. She was all there, turned on, and full of her “self.”

Whether we love them or hate them, people like this will turn parts of us on that were previously turned off. They will light us up, be it with fury, curiosity, resentment, or inspiration; it could go any number of ways. They may trigger or soften things for us; whether flames of rage or flames of passion, their energy feels like fire, lighting up our darkest parts.

This woman seemed to have this human thing down. And as a spiritual seeker who had no voice, a far too empathic heart, didn’t want to take up space, felt deeply unworthy, and who’d do anything to save everyone else—even at the expense of myself—I wanted more of what she had.

I wanted to know my edges, to touch them and shape them rather than fear them, the way she dared enter a room with grace and fury. The thought of feeling free enough to be visible and imperfect, to feel worthy enough to take up space regardless of if I’d “earned” it, allured me. I wanted to wear an exotic dress just for the heck of it and not feel like I was “too much.”

Beside me was a woman who was courageous enough to be courageous.

It seems easy enough to do when you’re “that girl.”

Beautiful and looks like she’s been loved a whole lot in her life—of course it’s easy for her to stand so firm, command space, and peacock around on her self-constructed throne in a sea of people who are on the journey to build within themselves what she has already successfully built.

She made it look easy, but the sea knows that building internal landscapes that don’t sink is hard.

After an intense shamanic trans dance by night and a serious throat chakra release in the morning—which required the utmost vulnerability and a willingness to be seen as someone poked my wounded parts so I could give them a scary, animalistic voice—the woman who’d handed me a card earlier wanted to let me know one thing. She’d seen me cry, dance, eat, and carry myself. We’d never talked directly; she had just watched me, the way I must’ve been watching Shiva Rea in quiet contemplation, and wanted to give me the gift of her observation, decorated with some song and flowers.

In her eyes, this was the gift of self, reflected. The card read:

“Thank you for helping me with my healing. You are beautiful, you are magical—you have what she has.”

Six years later, that card rests—slightly open—on my refrigerator door so I can read the words, “You have what she has.” Lest I forget, all I saw in her were the quiet parts of me that wanted a voice after years of silencing them for the sake of belonging to other people’s worlds. What I was most drawn to about her was that she had created her own world, unapologetically, and damn it, I wanted to embody the kind of intestinal fortitude that could uphold hurricanes, tornadoes, and volcanoes of opposition coming at me rather than feeling the wind exit my sails whenever someone didn’t seem to like me.

If only I had what she had, then I’d be good enough. It would be easier. I’d be worthy.

How many times have you thought this? Seriously?

While you were watching “her,” another she was watching you. The whole time, you were “her.”

The woman who sang to me that day shed light on a full circle phenomenon as she watched me in what she saw was my strength, my courage, my love, my daring to show up to life, but honored the parts of myself I knew best, which were my weakness, insecurity, and my constant pursuit to find a really good hiding place in the world. Both parts were there, but I only knew myself as one of them, and “her” as the other. What she saw in me was merely a part of herself that was thinking the same thing about me that I was thinking about another “she.”

We’re going to feel broken, until we realize we’re unbreakable.

We’re going to create voids to escape ourselves when it hurts, until we realize voids actually take up space where love once was.

We’re going to be insecure and believe that someone else has it easier or better, until we realize that anyone who even thinks this is someone who’s focused on obtaining those things “out there” rather than “in here”—and that the only place anyone ever created anything worthwhile, was first, within.

You have what she has. You just have to know where to look for it—and it’s not “out there” in “her.”

Whoever “she” is is only reflecting to you your own quiet parts, whose silent whispers will scream when faced with her because she’s harnessing the parts of you that you believe are safer not to acknowledge.

If you could see yourself through the lens of your very best friend, someone who doesn’t judge you but holds space for you with love and admiration, you would see that you have what she has—whoever your “she” is.

You may not see it, but you are “her” to somebody else, and that’s worth looking at.