A Buddhist Psychotherapist’s cure for the Diseased American Political System. 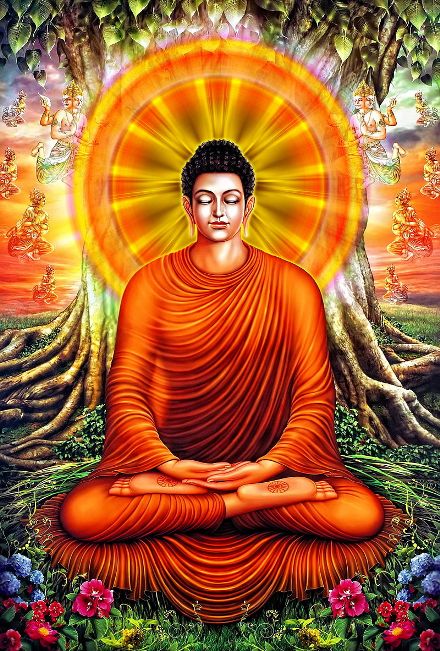 One doesn’t have to look far to see the toxic effects of Donald Trump’s election.

Psychotherapists around the country describe an alarming increase in mental health symptoms since the campaign of 2016 and his victory.

No one I know in either the therapeutic or spiritual communities is surprised. The evidence is abundant in our practices. Not only do we feel disenfranchised from the political process, we recognize it as morbidly sick. We agree with the liberal intelligentsia who decry the “moral rot” running deep in the Republican Party. On platform after platform, we hear a chorus of pundits lamenting the lack of ethics in the party, from Jeet Heer in The New Republic, to Paul Krugman in The New York Times, to Eric Alterman in The Nation, to Ted Morgan in Salon.

We agree with them, and marvel at the moderation in their tone.

Nor does it help that we are all in this contagion together. Most of us in the spiritual community were blindsided by Trump’s election, and are now shell-shocked. As the Republican Grand Guignol continues its turn on the stage, we wonder which way to pivot.

In my conversations with friends, colleagues, and clients, many have asked me what I think.

Well, personally, as a husband and father, and as a Buddhist and psychotherapist, I am stressed about as far as I can bear. I find myself addicted to the news, holding out hope that high crimes and misdemeanors will be prosecuted. And, having treated victims of unimaginable horror and abuse, I am especially moved by the rage, grief, and frustration expressed by women. The Republicans cynically support sexual offenders for public office, unwilling to admit that they are, in truth, only advancing the cause of the richest and most powerful.

Trump and his cronies’ sexism, alt-right nationalism, and plutocratic conceits are threats to everything we hold sacred. It is a threat to our democracy.

But the larger question is, how deeply is the entire American political system infected? How rotten are the core beliefs that underlie the American ideology? Every thoughtful person I know in the spiritual community seems to be asking basically the same question: “How the hell did we get here, and what do we do now?”

My short answer is, “What heals in psychotherapy, and what helps us grow in life, is taking action.”

As His Holiness the Dalai Lama says:

“I am a Buddhist, and prayer is part of my daily practice. Individual prayer is relevant and useful. For society and the world, though, prayer is not meaningful. Peace comes through actions.”

People then ask, ‘”What kind of action do we need to take? Political action? Organize, call our representatives in Congress, run for office?” Those are all well and good, I say, but we need to do more.

The collective belief system underlying our politics is like any given individual beleaguered by unhealthy beliefs about herself, others, and reality. The kind of action that heals in psychotherapy is needed to heal society: name the root causes of the suffering, become aware of them intimately, identify their toxicity, and find the remedy to cure the illness. Or we can say, we must metabolize psychic suffering into wisdom.

It is the same process in therapy as it is in medicine, or even in spiritual practice. To repeat, what relieves suffering is to dig down to the roots of the problem, and begin the process of transforming suffering into higher knowledge and understanding.

In Buddhist psychology, these root causes are called the kleshas, the poisons obscuring our natural radiance and kindness. The poisons take form as beliefs and assumptions about reality.

This process of excavating layers of belief and assumption, getting down to the basic poisons, allows us to then name the root causes. If we do not know the nature and quality of the disease infecting our society, we will never find the cure. Just as we do this work in mindfulness-based cognitive therapy, or insight meditation, or ethical practices, so, too, we must apply this method to the group mind of our society. We must help change the distorted view of reality that underlies American politics and economics.

And then comes the hard work.

We must then build a new social-political philosophy that inspires new political organization and completely new standards for political leadership. We must train political candidates, over years, to be morally, socially, and spiritually awake before they take leadership roles. They should then be tested, credentialed, and take oaths to follow strict ethical codes.

I can hear the cries now. Who among us wants to study economics and political philosophy? Or come together and write a new philosophy? And then get our hands dirty creating a new political party?

And yet, who better to do it than the practicing spiritual community, those who are committed to following an authentic spiritual path? Are we not the best bullsh*t detectors in our society?

We were drawn to the spiritual life when we woke up and saw, to our dismay, the false values of the American mythos. We saw the truth of human suffering and did not turn away. We used our intelligence and our hearts to determine that real change comes from within. We then worked hard on ourselves; many of us for decades.

And change we have.

Now it is time to offer those fruits of change to our society.

This is not as onerous as it sounds. Going back to the analogy of cognitive therapy, in treatment we help the client identify the automatic thought processes of one’s neurotic patterns, the underlying assumptions and unhealthy core beliefs. In this case, we are not just helping an individual but our entire culture.

We are now asking, as members of the body politic, what do the people in power really believe? Are they social Darwinists? Do they believe that they, and their children, represent a legitimate meritocracy?

Growing up, I knew many upper class families on the North Shore of Long Island. I suspect that, like the root masses of a mangrove swamp, there are webs of delusion tangling up their unconscious. And, as we say in Buddhism, these delusions actually affect the very way they perceive reality. In cognitive theory, they are called cognitive fallacies.

Internally, their greed, ignorance, anger, pride, and jealousy—the whole lot of kleshas—keep them believing in their rightful places as lords and masters, heroes on the stage of the world. Externally, these poisons are simply dressed up as political and economic theory, and are reinforced by a circle of insiders who have cannily influenced political policy over the last few decades. Sadly, this is true of many Democrats as it is Republicans.

Partly, this is our inheritance as human beings, so long enamored with money and power. This is just the American version, in technicolor. It is a legacy of beliefs in one’s superiority and entitlement that exists in these high strata of society. It is the megalomania of the business pioneer, the tycoon, the entrepreneur, the masters of the universe. “If I am here, I deserve to be here, and will fight like hell to stay.” It is not so different from the royal delusions of the Middle Ages, when kings believed they were anointed by God himself.

And, if by virtue of birth or achievement you reach these levels of privilege, you believe you deserve to build a castle around your fiefdom. Which, in these days, takes the form of off-shore tax havens, corporate loop holes, tax breaks, and government subsidies—regressive tax policies favoring the super rich, lobbyists to do the dirty work, propaganda machines to morally justify “American interests” in international relations, the bread and circus of the media to keep the masses hypnotized, the dumbing down in the educational system that cripples critical thinking, and on, and on.

At its core, this grasping and self-cherishing is human nature, and in Buddhism, we call this main klesha “ignorance.” It is ignorance of our true nature as spiritual beings, and a fundamental misreading of reality.

For identifying yourself as being special and privileged will only lead to more suffering, no matter how desperately you cling to the material trappings. Your own Buddha nature, deep inside your psyche, will never stop whispering, “You are still going to die, and you can’t take any of this with you.”

We need to do this hard work of analyzing and treating the diseased American political system. There will be tough choices on this path, but our spiritual experience provides the necessary foundation to write an ethical, wisdom-based, social-political philosophy for how to build a new American society. There is a wealth of good material out there to support us, but we must first understand the problem.

The time to begin this analysis, and to agree on our core principles, is now. 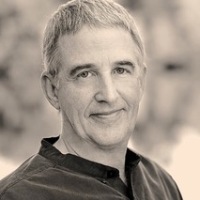