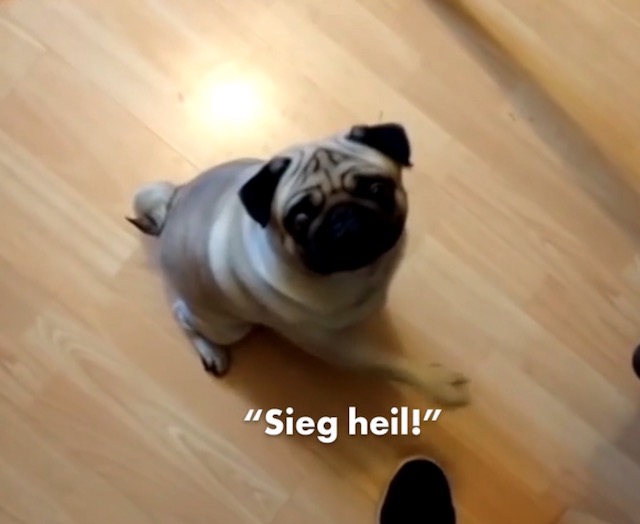 I sat down with my coffee to write in the predawn darkness.

I was all set to start my day with a large dose of caffeine and crazy by defending some dumbass who taught his dog to heil. And then I had a revelation, or at least a minor insight, into human behavior.

I actually don’t want to defend that guy. Does any sane person really want to jump to the aid of someone who promotes a symbol of ethnic oppression and mass murder?

So why do it? Well, for me and for others like me, free speech isn’t just something we believe in, it’s like a core value or mission statement. I wouldn’t even have to be all that drunk to get something about it tattooed boldy across my forearm.

My right to say whatever the hell I want to whoever I want, no matter how vile and venomous, is constitutionally protected, dammit! And yet everywhere I turn, I see someone who doesn’t share my passion trying to chip away at it with this regulation or that. With so many so eager to put a muzzle on free speech, it’s no wonder I’m such a zealot.

This wouldn’t be the first time I’ve taken an extreme position in the name of free speech, either. I’ve defended skinhead marchers and flag burners and all kinds of other degenerate twits I’d really rather beat the sh*t out of.

So wait. Did I just say I think these nuts I’m defending are pieces of sh*t, but that I stand by them anyway? I did, and that doesn’t make sense at all.

Or maybe it sort of does. Have you ever heard of the notion of a slippery slope? The logic behind the slippery slope argument goes something like this: if I make a single exception to whatever rule I’ve made, no matter how much sense the particular exception makes, that exception will inevitably lead to other exceptions that make far less sense.

For example, say the rule I’ve made is to ground my daughter for two weeks as punishment for some misbehavior. She’s to go to school and straight home every day with no social interaction outside class hours and no after school participation in extracurricular activities.

Seems simple enough. Only then her best friend gets in a car wreck and lands in the hospital. I’m betting I, and most parents, would grant an exception to the grounding and let her go visit her injured friend.

That makes perfect sense until someone brings up this confounded slippery slope idea. So let’s do just that.

What happens next time when the friend just has a nasty case of some bacterial infection? Sure, she’s not on death’s doorstep like she was with the car wreck, but she’s still in pretty bad shape.

Maybe another exception is warranted. After all, we went down that slippery slope when we granted the first one so we may as well go on and grant this one too.

Okay, that’s not so bad but what the hell happens when this clumsy friend steps on a goddamn tack. I mean, it’s no jaws of life car wreck or bubonic plague, but she does have a tack stuck in her foot, and maybe it could get infected. Hell, she might even get tetanus.

And since we went down that slippery slope with those other two exceptions…okay, okay, I know you see where I’m going so I can stop now with the evermore ludicrous scenarios.

Yeah, well, they may be ludicrous, but that’s exactly the sort of logic you see when people want to defend complete inflexibility. They dredge up this slippery slope argument and use it to apply some rule unequivocally.

Oh no! We musn’t grant this perfectly logical exception to this rule we’ve set forth, or it will somehow lead to granting every other illogical exception under the sun. And we certainly can’t have that or else all our rules will soon cease to be rules at all. They won’t even be suggestions at some point in this ugly dilution.

But enough about groundings and back to my defense of that heiling dog’s despicable owner. Was I really doing the same slippery slope thing, and if so, why?

You bet your ass I was. In my head, the argument I had with myself was literally: well, if I don’t defend the owner of the heiling dog’s right to free speech, then what’s next? Soon, I’ll be letting them burn perfectly good books and articles that might not be up to some arbitrary moral standard. Hell, my own writing sort of lives on the fringes of acceptable morality; it might go up in flames next if I’m not a vigilant defender here.

And so it went. There I was sitting down to defiantly compose my defense. I even thought about ending it with a little photo of my stuffed bear heiling. “An innocent bear heiling would really ruffle a few free speech hating feathers,” I thought. 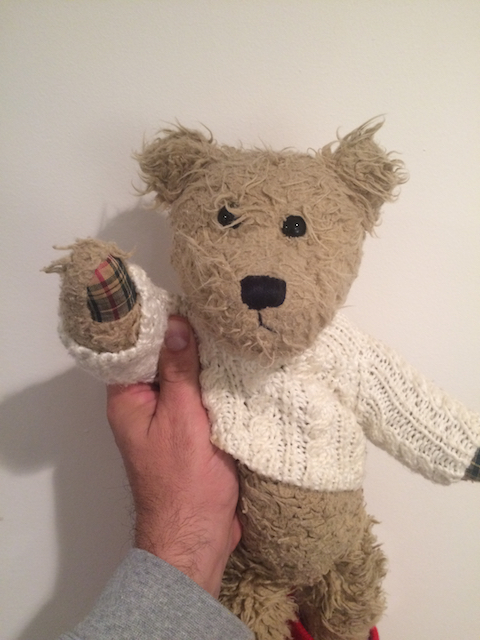 I don’t know what’s more disturbing; my bear heiling or the fact I have one at all. I didn’t really want my bear to heil, but that isn’t the point. The point is that it’s his right—or wait, I guess it’s actually my right since he’s, you know, not alive—to heil. So heil he would. Because he could.

Aren’t you glad whatever this little yarn is came spilling forth as my fingertips pecked away at the keyboard instead of that horrific heiling defense? I sure am.

Okay, so I was in fact on the verge of succumbing to the fallacy of the slippery slope argument, but why? The answer is easy and obvious: fear. And that’s where my big revelation—the point, really, of this entire essay—suddenly dawned on me.

I hate admitting it, but I’m not all that different from some militia weirdo yammering on about his right to bear arms, including stockpiling an arsenal of automatic weapons. He’s afraid, just like me, and fear is a powerful motivator that can make us do some ugly things.

Not only that, but just like me, he’s scared to death that the tiniest little encroachment on his rights might lead to other, more egregious, erosions. So even if he never intends to stockpile automatic weapons—even if he might agree with more mainstream views on how unnecessary and dangerous that might be—he clings to his rights regardless.

How’s the saying go? Something about getting his gun only when you pry it from his cold, lifeless hand. Yep. And a lot of gun ownership advocates apply that no compromise attitude across the board in the same way that free speech advocates stand alongside creeps like Larry Flynt.

The gun and the pen: two very different weapons but weapons just the same. And who am I to say one is worth protecting and the other isn’t?

Where does this leave us, though, in trying to make sense of all those absolutist First and Second Amendment arguments that seem to lack common sense and good judgement? I’ll start by suggesting any justification that relies solely on the slippery slope argument warrants a hard look.

If our only reason for thinking that speech or guns should absolutely never be regulated is because any form of regulation opens the door to other, more invasive, forms, that’s just not good enough. We need to either come up with something else or realize that exceptions to every rule do exist, and that granting perfectly logical exceptions actually doesn’t lead us down some path of irrational behavior.

Dad, it’s okay. You can let your daughter off the hook to go see her friend who got banged up in the car wreck. That’s sound, compassionate reasoning, and it’s not going to lead you to somehow suspend the house rules and let her off for a tack next time. I promise. Smart doesn’t lead to dumb. Never has, never will.

Banning speech likely to incite a riot isn’t what gets us to a book burning down at the local library. Neither does banning bazookas from coffee shops lead to big brother rounding up our hunting rifles. Both of those movements are led by fanatics no less radical than the ones who think all forms of regulation are bad.

Where I’ve struggled so hard to understand Second Amendment bellwethers for so long, I finally saw a glimpse of their world through my own shortcomings. Maybe I’ll continue to call them gun nuts, but I can no longer do that without calling myself a free speech whacko.

Moderation. Seeing gray areas and not just black and white. Compromise. Nuance. Listening to another’s viewpoint and trying to understand. Recognizing fear and resisting our primal urges to let it control our behavior. These are the attributes we must cultivate in order to make and uphold good policies. Blanket application of any rule without consideration of surrounding circumstances—now there’s a slippery slope we ought not head down. 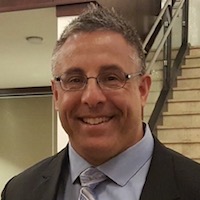