When the Sacred Whispers in your Ear: How to Follow your Calling. 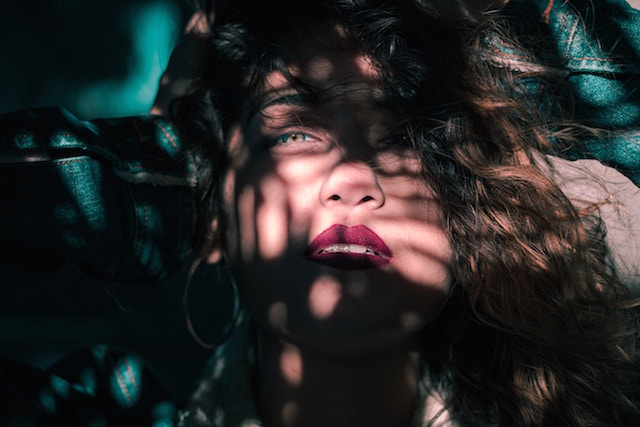 I clearly remember the moment that inspiration struck.

I was sitting on a stool at the kitchen counter doing some work for my yoga studio, dreaming up future workshops that I wanted to offer.

I remembered something I had read in a business article that said to “teach from the biggest lesson you’ve learned.” And all of a sudden it hit me.

My divorce was the biggest challenge I had faced and overcome. And I knew in that instant that I wanted to help other women navigate the murky waters of divorce and reclaim their lives, just like I had done.

That idea was like a whisper from the divine. A sacred invitation for me to follow, if I chose it. And I did. Working with women of divorce to help them reclaim their lives has been one of the most fulfilling things I’ve ever done.

That wasn’t the only time that voice has prompted me. In fact, it’s been doing so all my life, whether it was the urging to reach out to a friend, or take a new class. Although I haven’t always recognized it as such. And, truth be told, I haven’t always followed it’s calling.

There have been many times when I’ve heard those sacred whispers giving me a hit of inspiration, but I then allowed my oh-so-logical mind to step in and offer countless reasons why it wouldn’t work, why I would fail, or how difficult it would be. And being a logical person, I allowed the doubt and fear to crush that divine inspiration. It’s really tragic when I think about it now—trampling on all of those sacred ideas.

I admire others who have set off ablaze following those moments of inspiration. Never looking back.  Never doubting.

Not me. I think I’m in the category of the great idea procrastinators. I need to think it over. Make sure it feels right. Have all the elements in place before I begin. Feeling certain that I will succeed. And as time goes by, that bright idea fades and becomes less exciting and more daunting.

Acting on that inspiration to work with women of divorce was one of those moments where I didn’t procrastinate. I acted. There have been other moments like that. Like when I got the spark to open my yoga studio, which I’ve now had for 10 years. Or even the inspiration to write this article!

But if I’m honest those time of action are probably greatly outweighed by many more moments of halting and stopping. It’s time to turn that around and honor those sacred invitations.

So for all the other great idea procrastinators out there (I know I’m not alone!), we need to shed this identity. We need to act on those sacred whispers.

How do you know if you’ve received a sacred whisper?

From the moment it hits, you are filled with a mix of excitement and fear, like skydiving or rappelling off a cliff.

You wake up thinking about it before your alarm goes off, eager to begin your day.

The idea fills your mind all day long and new ideas continually spin off it.

You feel it in your body, the anxious butterflies like going on a date with your dream partner.

You want to tell your friends and at the same time, you’re scared to tell anyone. Because what if you fail, or succeed?

If you’ve been ignoring that sacred whisper for any length of time, all of those thoughts and feelings can happen in an instant, and before you know it your logical mind has come in an talked you out of it, before the idea has even gotten a fair shake. And if you don’t take any action on it at all, after a couple days the excuses pile up, the light flickers, and eventually dies out. I know, because this is what happens to me.

But if you stopped for a moment when inspiration struck and just noticed what that idea felt like in your body, without making any judgements about it, you just might feed it enough, along with your desire, to hold back that logical mind. And then you’ve got a shot at seeing it through.

Here’s an important thing to keep in mind when following those sacred whispers—they don’t guarantee success. They don’t always work out the way we want them to or the way we think they will. But that doesn’t mean we shouldn’t act on them.

I once had an inspired idea for a series of in-house workshops for women of divorce. I was excited, eagerly put the information together, shared the event—and nothing happened. Not one person signed up.

It’s in those moments that you begin to doubt yourself. But what if the point of that whisper, of that calling, was about something else? What if it was for me to come up with new creative content? Or to just be willing to put myself out there? What if the idea was right but the timing wasn’t? Sometimes afterward we understand better, and sometimes we aren’t able to understand until much later.

The point isn’t to follow the sacred whispers to gain success or to accomplish something. I believe we are given these inspirations to take action, and in the process learn something.

It’s not for us to question but to act. To be the vessel that the divine can work through. To believe that if the divine has chosen to give you that gift of inspiration, surely it knows you can do it.

Choosing to honor those sacred whispers always brings me into the realm of possibility, excitement, and purpose. It is where I believe we can discover the best parts of ourselves that have yet to be revealed.

So when the sacred whispers, I’ll be leaping, trusting, learning, and feeling the fear and thrill of it all. 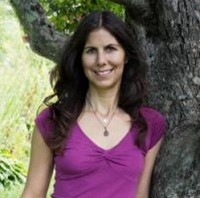