Overcoming our Obsession with Capturing the Moment. 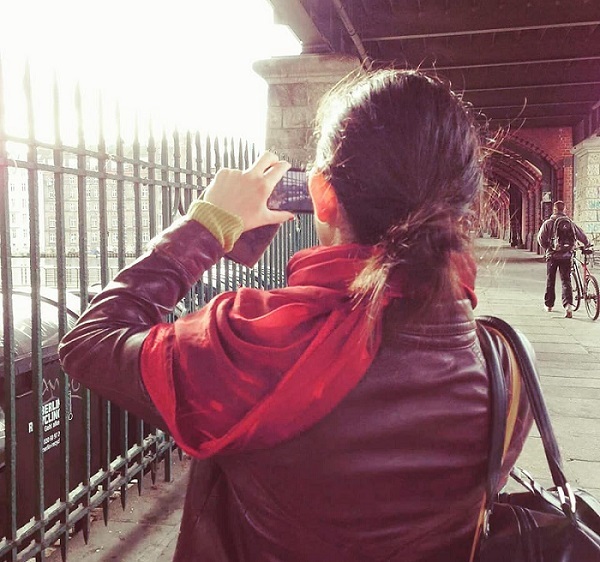 My phone was stolen in Phnom Penh, Cambodia, last month and I lost a huge collection of photos—up to six months’ worth, which for some reason I hadn’t backed up or uploaded anywhere.

There were images from my brother’s wedding and various places I’d been to in Japan, Indonesia, Thailand, Laos, and Cambodia.

Sunsets by the Mekong River, friendship bridges connecting borders, and a friend’s hometown in rural Thailand, where no foreigners were sighted except me. And of course, moments shared with friends: dinners, festivals, road trips, countryside views caught from the back of a truck. A kaleidoscope of images that exist now only in my memory.

I’d formed such a strong attachment to these images that I started to cry in the midst of a Khmer New Year’s village festival the moment I realised that someone had surreptitiously unzipped my bag and taken my iPhone from its top pocket. I stood in tears in front of the food stands as countless Cambodian strangers looked on and my friends attempted to retrace my steps in the hope that we might find it. But it was gone.

I couldn’t care less about the phone itself, and though I vaguely lamented the inconvenience of losing my contacts, it was mainly the loss of the photos that I grieved. Friends sympathised with me via emails and Facebook, admitting that they too had been upset when they’d lost or broken a phone and realized their photos were gone.

A few days later, when it dawned on me that I was equally as upset about the lost photos of waterfalls and trees as I was about those from my brother’s wedding, I shamefully started to question what it was about a bunch of “images” that I’d become so attached to.

Perhaps it’s uncharacteristic and unwise for a writer, but I’ve never consistently kept a journal. Photography has been my primary form of documentation since I was young. I was given my first automatic camera at age eight and bought myself a cheap SLR camera at 14. I later studied photography at college and embraced the art of visual storytelling.

Throughout my travels, I’ve relied solely on my phone to take pictures. Sometimes I photograph things that are aesthetically striking, weird, or beautiful, but mostly I capture places and people that evoke a strong feeling and make an impression—weaving together a series of images that I can later reflect upon and reminisce over.

The bittersweet nostalgia of reliving those experiences through pictures has become somewhat of a reassuring and satisfying ritual. But in truth, my attachment to those images transcended a mere love of photography and retrospection, and stemmed from a sort of addiction to “capturing the moment,” perhaps a universal inclination that accounts for why so many of us feel compelled to record our worlds in various ways.

Photography enables us to preserve the fleeting glimpses that would otherwise endure across time only as stories, thoughts, or figments of our imagination. There’s deep existential discomfort in knowing that nothing lasts forever and each moment in time passes away just as it arises. But if we can somehow solidify those moments, maybe we can trick ourselves into forgetting, or at least ignoring, the temporal nature of reality; we can continue to take comfort in the false perception of permanence that we desperately cling to and invest in.

I’d formed an unwitting dependence on the validation that my collection of photos seemed to provide as they helped me to shape a cohesive narrative and coherent identity, lulling me into an illusion that some part of my existence was perennial. Losing them felt like misplacing parts of myself, and I was suddenly confronted with the notion of transience and, ultimately, meaninglessness.

In the days that followed, I decided to take a break from taking pictures as well as checking or uploading them onto social media. I didn’t even rush out to buy a new phone. Instead, I enjoyed the lightness and simplicity of being without one for a while. In my last few days in Phnom Penh, I stayed in an Airbnb on the 10th floor of an apartment building with stunning balcony views of the city: scenic promenades, old colonial buildings, and colourful temples and markets. My first impulse was to reach for my phone, but I was forced to just observe, bear witness, and connect with the present moment—acutely aware that, for the first time in a long time, I would walk away without the security of a memento to trace what I’d seen or felt.

I continued to practice this seemingly unnatural response like a meditation. There were times when I felt a brief pang of frustration over my inability to instantly photograph an exquisite sunset or a weird-looking tree or a peculiar pattern in the sky, but mostly I enjoyed the unfamiliar relief from the pressure to document, taking the time to savour sounds, colours, smells, and textures.

Photography will always be one of my great loves. There’s something distinctly magical about the way in which photos can live on as tokens of the past, tangible pieces of evidence for experiences that inexorably pass us by. Undoubtedly, a gratifying aspect of composing or capturing beautiful images is being able to share them with others. As creative and social beings, we’re motivated to showcase our work or collectively relive and revel in the meaningful moments of our past; and even whilst, at times, that might tap into something egoistic and self-seeking, I also believe it’s inherently linked to a desire to connect, to inspire, and to be inspired.

As an avid photographer, I have to remain conscious of when to put the lens down whilst staying mindful of my dependence to photography and what it begins to represent, ensuring that it doesn’t become a distraction from appreciating and connecting with the present moment and understanding and accepting the intrinsic impermanence that defines existence.

Life is ever-changing; our experiences cease to exist the very moment that they happen. And that’s what makes them so precious and beautiful.

Chogyam Trungpa Rinpoche on Dharma Art, and the Art of Life.

20 Ways to Connect to the Present Moment. 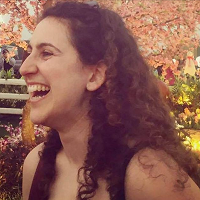