The Mistake Men Make when Choosing a Lover. 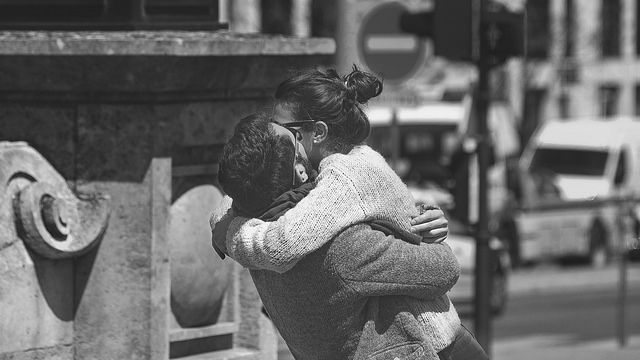 Daniel Gilbert, the Harvard professor, psychologist, and author is best known for his work with another social psychologist, Timothy Wilson, on what is referred to as “affective forecasting.”

Essentially, this is the average human’s ability to predict the future and then make decisions based on their predictions. He was able to encapsulate many of his entertaining findings in a TED talk he gave in Oxford in 2005, where he illustrated the frailties of this human trait.

Last year Gilbert was interviewed by Shankar Vedantam on the extraordinarily entertaining and informative N.P.R. podcast “The Hidden Brain,” and he made a significant point:

“When the average person explains how they hate going to the dentist, they are generally referring to the one portion of the experience that includes the dentist poking around in their mouth with sharp tools.”

That, in reality, is just a small part of it. There’s the drive to the office, the interaction with the receptionist, the time spent in the waiting room, the billing transaction, and likely a few other components that will comprise the visit. Humans tend to focus specifically on the one portion that they find undesirable and allow that to color their entire predictive capacity.

When I first heard this, it dawned on me that for some men this is how they erroneously choose someone to mate with. And, it is because of this lack of rational judgement that they find themselves in child custody hearings a few years down the road. I use the term “some men,” because of course not all men choose a mate based on aesthetics, but I imagine many of them do.

Now I may be inviting a lot of backlash, but I am fairly certain that the titillation men experience when they are courting a partner they’re physically attracted to is tied in directly to the prediction of how sublime the physical experience is going to be.

That is my delicate way of saying that we anticipate an awesome sexual experience and we pursue.

I don’t think I am really going out on a limb here. My information gathering has obviously been limited to anecdotal research and the fact that I have been a male for quite a few years, but I’ll stand by it.

The biggest problem with this selection process is: for most people, the sexual aspect of an intimate relationship makes up about 10 percent of the experience. This is very much like the dentist chair portion of a dental visit. So when people overlook how well or how poorly they communicate with their partner, where they stand ideologically and philosophically, and what they envision for themselves in the future, they are setting the relationship up for failure.

All of a sudden, the pat generalization that two people simply “grew apart,” takes on a whole new and scientific explanation. What seems like growing apart could be that the sexual excitement has worn off—which time seems to do quite effectively—and now the other 90 percent of the variables are focused on a lot more heavily.

I will reiterate that this is not across the board, and I am sure that there are a great deal of men who choose partners based on more consequential factors, but I am also willing to admit that I have made this mistake in the past, so I imagine it is more common than not.

This may actually also account for the fact that in the distant past, when people got married and stayed married from 18 years old until they died, it might have to do with more than the simple explanation that commitments were taken a lot more seriously at that time, or that separation was just not practical in agrarian circles. It might also be because the partners, having usually grown up and attended the same churches and schools, shared similar values and ideas. They were, in short, close friends who partnered up and created families.

There was another point made by Gilbert that I’d be remiss not to mention. Our predictive capabilities, being what they are, may be an awful way to choose a mate but, believe it or not, how well or poorly a person’s last relationship went could be a better determinant when making the same decision. This is because “surrogation”—relying on the experience of someone else—is statistically a better method when it comes to predicting how well you will like everything from a restaurant, a movie, and yes, even a mate.

If you are thinking that this is B.S. and that it couldn’t possibly be so because everyone is different, don’t be so sure of that.

Gilbert explains that there is a thing called the “illusion of diversity” that makes us feel we are all so different from one another, but as he put it, “if a Martian knew everything there was to know about a single human being on Earth, that Martian would know 90 percent of what there is to know about everybody on Earth.”