A Stark Look at why we need to Kick our Bag Habits. 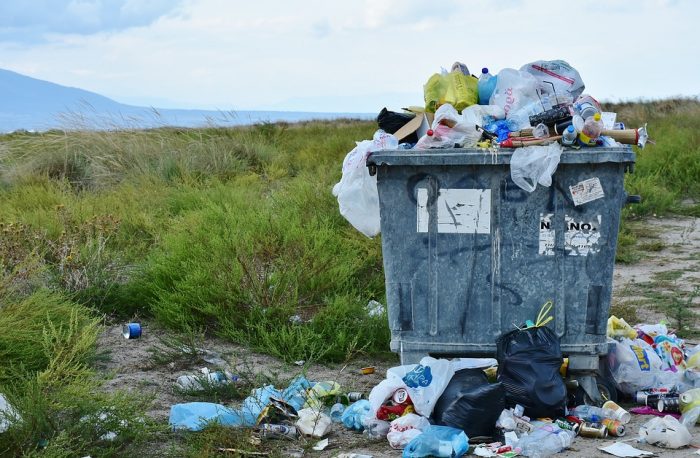 I lived for about two years in a small community outside a large city in northern India.

The state I lived in had banned polyurethane bags, but hadn’t fully implemented the change. People often complained that the government was to blame for the lack of alternatives. In response, I would often ask, “What did you do before plastic bags?”

When I would leave the colony I lived in, I’d find huge rubbish piles on the side of the road, which were scavenged by wildlife—monkeys, cows, crows, horses, donkeys, dogs, cats, and rats to name a few—as well as the occasional person looking for recyclables, usually a woman or child.

Tied-off plastic bags filled with rotting food, while difficult for animals to get into, are still enticing and easy meals for wild and stray animals. Unfortunately, consuming the packaging often caused internal damage and death.

For passersby, it was also a sensory nuisance—obviously, the sight and smell was bad. And often, the animals would fight over the garbage, which could be frightening if it was a pack of stray dogs or an army of territorial macaques.

And for the guys who came around to shovel all of this stinking refuse into a tractor to haul away, it was a filthy, smelly, and thankless job. Whenever I saw them working, I was so grateful to see all the rubbish going I would chant, “Danyabad, danyabad, bahote danyabad,” which means, “Thank you, thank you, giant thank you”—and they would stare back at me as if I were mad.

How I tried to effect change through my personal example:

I always try to remember my cloth bag for shopping. If I forget it, I try to manage by using my shirttails and pockets.

When I lived in that community, I walked everywhere, and many people saw the effort I was making not to take plastic bags. I profusely praised others who also refused plastic bags, and encouraged them to continue, which sometimes had a ripple effect on other customers who, after paying, would stuff their pants pocket with their items and carry the rest in their hands.

I learned that asking shopkeepers to spread the word was not a solution. Even though they often agreed on principle, they said many customers felt entitled to received bags for their items, and feared people would stop shopping at their business if they didn’t give a bag. So instead, I took it upon myself to observe and question people as they shopped. If I saw someone insisting on a bag for only a few items, I would ask, “Don’t you live here?” When they said yes, I would point to my cloth bag and ask, “Don’t you have a bag you can use?”

At first, my tactics fell on the side of shaming, but I soon realized that as an outsider, it was probably not my best approach, so I simply posed it as a question for them to ponder and I pointed out the benefits of a good, strong canvas bag. For example, not needing double plastic bags for heavy items, or being able to carry some personal items with them when out and about.

Occasionally, I mentioned the negative impacts of plastic on animals. (A surprising number of people seem to think there is no negative effect on animals who may ingest plastic while trying to get at food inside a bag.)

I even made excuses, telling locals that I’d sometimes forget my bag too, and encouraged them to remember next time. And for the people who insisted on a bag for one item, I would look at them confusedly and ask if their hands were okay. One lady sighed, “It’s only one bag.” In that case, I remained silent, letting the reality that it was not just one bag sink into her awareness.

Some people said they need the plastic bag for another purpose. However, we buy so many items that come in plastic bags themselves that we immediately throw away. Why not reuse those instead of taking a new bag?

Slowly, my perseverance began to have an impact. At first, I’d only successfully influenced one or two people. But one of them was a young woman with a small son. The items she’d purchased were heavy, and as she picked up the bag, it tore. I watched as the shopkeeper doubled, then triple-bagged her items. I asked my usual questions, and then added that while I was old and would die before my life was seriously affected, it would be her son who would have to live with the consequences of the pollution we generate today.

A few days later, the shopkeeper excitedly told me how the woman had come with her own bags the following day, and admitted she’d thought about the truth of what I had said. I was so happy to hear it and hoped she’d share the story of what she’d learned with others.

As a wise woman once said, never disbelieve what the actions of a few can do to make big changes. So far, I’ve helped quite a few people kick a “bag” habit, and in turn, they may help a few more. We’ve only got a few billion people to go.

According to the United Nations, the world uses 500 billion plastic bags per year.

Four steps to help “be the change” when it comes to needless waste:

1. Stop, think, and ask yourself: do I really need this?
2. Next, consider: once I have it, is there some way I can reuse it?
3. Be the example in your own local community.
4. Help others change their habits by asking questions and making observations.

Why So Sad, Single Use Plastic Bag? “Would you like a plastic bag to hold your already-bagged apricots?”