How to tell if your Favorite Coconut Products are actually Harmful. {Partner} 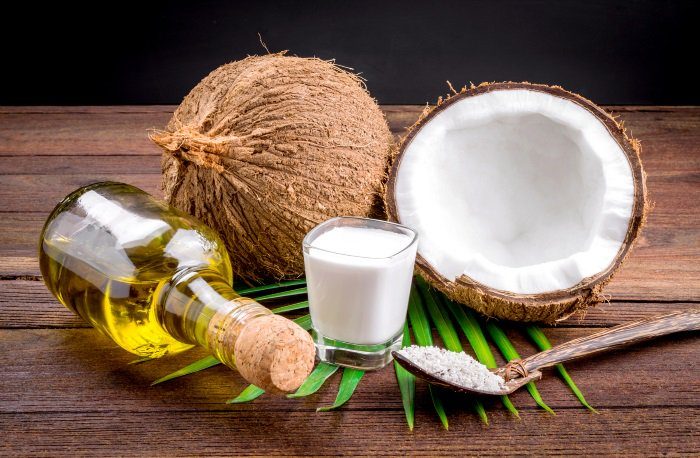 This post is written in partnership with NUCO. We’re honored to work with them—they genuinely care about the well-being of their coconut farmers as much as the health of their customers. ~ ed.

And now, many of us have also discovered the joys of coconut-based products, and we’re going crazy for them. Coconut flakes, coconut breakfast cereal, coconut energy bars…

5 Unexpected New Ways to use Coconut.

1/5
A Non-GMO and All-Natural Alternative to Bread and Tortillas! Our Paleo and Keto Diet Approved NUCO Coconut Wraps (#NUCOWRAPS) are made from three (3) simple, real-food ingredients: Coconut Meat, Coconut Water, and Unrefined Virgin Coconut Oil. There is NEVER a need to refrigerate, freeze, or heat your NUCO Wraps, allowing you to enjoy your favorite wraps wherever and whenever.
Learn More
< Previous Next >

2/5
Now, your favorite coconut oil is even easier to use! Derived from Unrefined Virgin Coconut Oil, loaded with MCTs (over 90% in fact) and always liquid*, enjoy NUCO’s Liquid Premium Coconut Oil (LPCO) as a salad dressing, a dip for bread or NUCO Wraps, in your favorite smoothie & more.
Learn More
< Previous Next >

3/5
Introducing our full-line of NUCO Certified Organic Coconut Vinegar naturally fermented with Coconut Sap and the Mother. Use as sauces, dips, salad dressings, marinades & much more.
Learn More
< Previous Next >

4/5
Finally the Organic, Gluten Free and Grain Free Cereal we’ve all been waiting for! Delightfully Satisfying, Crunchy and Filling (a good source of Fiber 11%), NUCO Coconut Crunch Cereal is made with three (3) Simple and Organic Ingredients: Coconut Water, Coconut Meat, and Palm Starch. With only 2g net carbs per serving, enjoy as a cereal with Almond or Coconut Milk or as a favorite topping.
Learn More
< Previous Next >

5/5
COCONUT AND AVOCADO OIL-BASED MAYO? Yes, it's Real, Vegan (meaning NO eggs), and made with ALL Real-Food and Non-GMO Ingredients! With a creamy texture and tangy finish, NUCO Coconut Vegan Mayo (#NUCOMAYO) is delicious and satisfying while containing NO EDTA, Preservatives, or Additives. Paleo & Primal Diets Approved.
Learn More
< Previous Next >

While the coconut tree is a pretty miraculous plant that can be used in its entirety and the coconut fruit itself is remarkable for its multifaceted healing and health benefits, most of us haven’t stopped to ask what impact our growing coconut consumption is having on the people who farm them? Or whether our coconut products are being harvested and produced ethically.

On the one hand all this coconut-love is helping people. Take the Philippines for example, one of the world’s largest exporters of coconuts.

Coconut production plays a critical role in the Philippine economy. It is among the country’s leading exports and 23% of the Philippine population is somehow directly or indirectly involved in the coconut industry.

And on the other hand, it can also be exploitative and harmful.

More than 90% of those working in the coconut industry live below the poverty line. Tragically, millions of Filipino coconut farmers are trapped in working poverty, considered modern-day slaves.

“I grew up in the Philippines, mainly in the area of Metro Manila  where the coconut industry is of vital importance to millions of its people. Our family saw poverty and viewed firsthand the struggle of the Filipino coconut farmer.” ~ Ricky Santos

Is there a way for coconuts to truly be used for good?

Ricky Santos, president and CEO of  NUCO, and his family firmly believe the answer is yes. Their family business is built around social upliftment, specifically of the people and communities who rely on coconut farming—the ones Ricky grew up around.

Although he and his brothers grew up in the Phillipines, their family later moved to the U.S. Their mother worked in the garment industry back then, but in the 90s they returned to the Phillipines and started a business in the nutraceutical, or functional food industry. However, several years ago, their mom became a pioneer in the coconut industry in Phillipines when she started marketing virgin coconut oil.

“Although we were fortunate to thrive, the desperate and unjust wages coconut farmers were paid tugged at our hearts. We made it our mission to positively alter the economic landscape of the Filipino farmer. As a result, NUCO organic and natural coconut products were born.”

NUCO is in the business of transforming lives.

Their passion to benefit the local coconut farmers through the sale of their sustainably-grown, organic, and natural coconut products is genuine, and it’s the beating heart of their business. They only partner with other mission-minded businesses that support local and global communities. One of these companies is Dignity Business Partners—a company dedicated to building “community transformational plants,”each of which will buy fresh coconuts from a network of 500-600 surrounding family farms, and hire local plant operators from within the community.

You see, as they explain, the reason coconut farmers are paid such paltry wages is not because their product has so little value, but because the value is added later in the production chain. This is why they are so proud of their “high value” coconut products, which allow farmers to see more of the fruits of their hard labor by increasing their profit margins. This positively impacts not just their finances, but their communities as a whole.

And these products fill a growing need, too.

Take their Coconut Wraps: a tasty, all-natural alternative for folks on a low-carb, paleo, gluten-free, or keto diet to enjoy favorites like quesadillas and tortillas without the carbs, additives, or wheat.

Their wraps are made with only three ingredients: coconut meat, coconut water, and unrefined virgin coconut oil. It doesn’t get much healthier than that, or better for farmers who are able to make more living wages off more of the coconuts they produce.

#repost @green.nectar ? Love #plantbased meals!? Here’s an incredible one by Danielle filled with homemade pumpkin & lentil patties, ?hummus, avocado ?& salad! All wrapped up and ready to go! ✨ One day until the weekend! What are you looking forward to!? ?

These innovative wraps alone are, in fact, solely responsible for the livelihood of nearly 20% of the entire population of the town of Argao in the Phillipines. Coconut farmers around the town and in neighboring municipalities have also benefited from sustainable farming and international organic processes to sell their coconuts at a premium price.

Another “high value” coconut product that’s helping Filipino farmers make a living wage is their mouth-watering Coconut Crunch. Also made with only three simple and organic ingredients: coconut water, coconut meat, and palm starch, this is the satisfying, crunchy, filling and yet gluten and grain-free cereal of your dreams.

They are also helping farmers in the process of becoming organic certified so that they can sell even the raw coconuts at a higher price and achieve a better living wage.

A portion of NUCO’s profits go directly to social, economic and environmental projects. The end result is changing the economic landscape of the Philippines through business and job creation, strengthening community values, supporting education through their school scholarship and supplies programs, and improving their role as stewards of the land through modeling sustainability and care for the environment.

As NUCO grows and innovates more tasty, healthy, and responsibly-made coconut products, so will its efforts toward providing a better future for farmers and their communities.

I don’t know about you, but I can enjoy my coconut wraps, crunch, oil, vinegar, mayonnaise…with a lot more peace of mind knowing that! 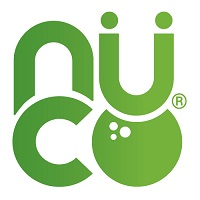