Yoga’s Middle Generation: Reflections on being a 40-something Yoga Teacher. 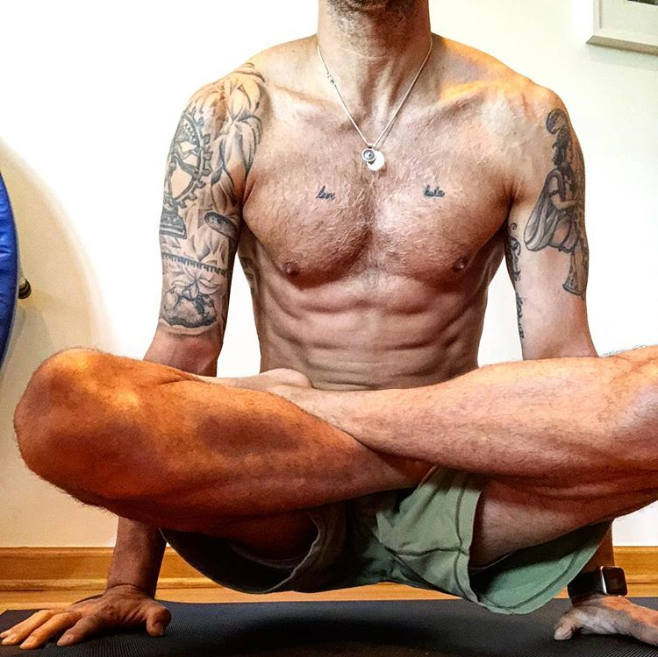 I’m going to be 42 next month, and sometimes I feel lost between the yoga I grew up with and the yoga of today.

When I started practicing yoga over 20 years ago, most of the teachers I was studying from were approaching 40. Over the course of the next 10 years, I watched them age gracefully and share the wisdom of life through their experiences of being married entrepreneurs with children, but mostly yogis, and all the ways yoga developed and changed them.

Of course, the industry was exploding as yoga became the “it” thing. And these luminaries were the main voices sharing decades of growth focused around their practices. This was all in a time pre-Facebook, iPhones, Instagram, and YouTube. In fact, websites and email were new, and people were still buying VHS tapes to learn from far-away teachers who mesmerized them with the exotic, esoteric newness of yoga’s promises.

I think of that time and those teachers, and I wonder where are they now (like that VH1 show for child celebrities or one-hit wonders)? Where are their voices to guide me now that I’m in my 40s and want to know what happens next?

Did the digital era of millennials push them out of relevance? Or do they know something else that is secreted in their exile, like the old reclusive yogis who sought out the Himalayan caves? I want to know what their health is like and how they perceive reality, and what their reality is these days.

But maybe the real answer is that I already know, and perhaps their absence is my empowerment.

When I look at yoga today, I am more amazed at it than ever. People are doing the most incredible things with their bodies—far beyond what was happening in 1995 when I remember Duncan Wong on the cover of Yoga Journal in Urdhva Kukkutasana (upward cock pose) with his tattoos. I remember thinking, “Holy Ananda! I want to do that. I want to be that.” Now I look at people smiling and laughing as they hold one arm handstands on top of a rock, on top of a mountain, with their legs all twisted in the air. And I still think, “I want to do that.”

The innovation of these young and super talented yogis blows me away. And our digital world of Instagram and YouTube puts them front and center, creating the next wave of yoga. I witnessed another “next wave” a long time ago when Power Yoga started, then Baptiste Yoga, then Anusara, then this yoga and that yoga, and it was all new(ish), but nonetheless, innovative and different. I wasn’t saying, “No, this isn’t yoga. This isn’t traditional. It should be like this.” Instead, I was excited and ready.

So when I look at what’s happening today, I don’t want to be that old yogi saying, “These young’uns aren’t doing ‘real’ yoga poses. That’s not yoga.” Heck no, I’m in frickin’ awe of these yogis pushing the limits of what’s possible and then doing it. Isn’t that what yoga is and always has been?

And as I get past wanting to judge them, which is solely based on not knowing anything about them but what I see in a photo or video, and recognizing that my own ego and insecurities are really what is making a judgment like, “That’s not real yoga.” I stop. As I read their words or learn more about them, I see not only how gifted they are physically, but how smart and diverse they are. I see that they’re more than strong, bendy bodies. It makes me really happy that yoga has a generation rising above and innovating from the previous one—just as we did.

As I look at my generation of 40-somethings, I see that we are here as bridges between two worlds: the world where yoga was still new and unknown with little access, to this world of Insta-famous yoga stars, where the greatest platform for yoga is online. We are more important than ever to help others remember a yoga that once was and create the yoga that is still coming. Sadly, I was stuck in a yoga-of-the-past mentality, and instead of growing with yoga, I was suffocating in the box I built.

I have recently shattered that box, and my return to teaching is to share that we cannot move forward without knowing our past, but we cannot let the past hold us back from moving forward. I am now in my 40s, as my early teachers once were, and I am a married entrepreneur with children, but mostly a yogi, who has over 20 years of reflective and transformative practice and has learned to connect a yoga that was to a yoga that is. 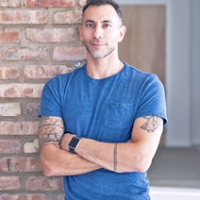