Anxiety sufferers should know about this Natural Alternative Therapy. {Partner} 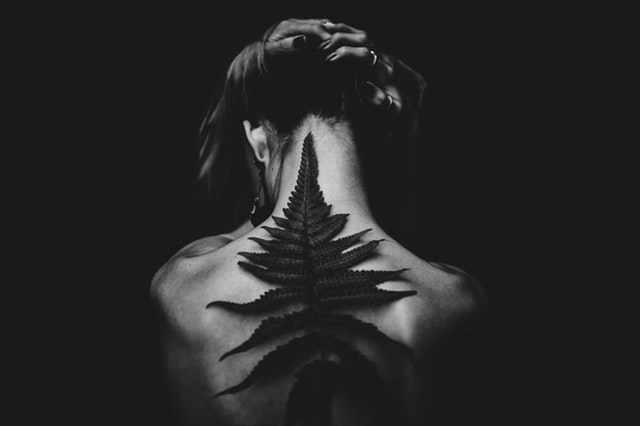 This post is written in partnership with Elixinol. We’re honored to work with them—they are dedicated to educating, inspiring, and empowering people throughout the world to live naturally healthy, happy lives. ~ ed.

After witnessing the death of her husband in a car accident, Mia, a 45-year-old psychologist, suffered severe panic, anxiety, and depression.

After recovering from the initial shock of the tragic loss of her husband, Mia committed to her own recovery, seeking therapy and channeling her energies with competitive trail bike riding, but those efforts stopped short of controlling her PTSD symptoms.

“Despite my best efforts and everything I knew as a psychologist, instead of improving, my symptoms were becoming more debilitating over time. I was feeling hopeless,” said Mia.

As a mental health professional herself, Mia knew 10% of women will experience PTSD in their lifetimes. In fact, despite the reputation as a “war affliction,” women are almost twice as likely to experience PTSD than men.

While the most commonly understood PTSD symptoms include physically re-experiencing the trauma (flashbacks), social avoidance, and negative thoughts, PTSD also causes physical changes in the body, from aches and pains to weight gain and even digestive issues.

“While current treatments and therapies help symptoms, many medications produce toxicity and I hear from my PTSD sufferers they just aren’t feeling the relief they’d hoped for,” he continues.

“I saw an almost immediate improvement in feelings of panic, isolation, and fear,” said Mia.

4 CBD Products You Can Trust:

But this didn’t surprise Dr. Blair, who started his patients on CBD in 2014. “I became extremely disappointed in the medicines and therapies used for PTSD, which is why I started CBD-PTSD pre-clinical trials.”

Before starting his pre-clinical trials, Dr. Blair was skeptical of a CBD “cure all,” but knew his PTSD patients were suffering so severely, even a modest improvement could save lives.

Because the body’s response to PTSD is so severe, many PTSD patients also suffer from addictions, which they develop in response to masking the symptoms. But CBD seems to help many PTSD sufferers enough they can also reduce medication dependencies.

“It’s not uncommon for me to see PTSD patients reduce or eliminate their use of opioids or marijuana after starting on CBD,” said Dr. Blair.

Another patient of Dr. Blair’s, Amber, served in a combat aviation unit and witnessed pilots killed and maimed by enemy anti-aircraft fire.

“While I survived the encounter with all my limbs attached, my PTSD was so severe that I was discharged from service and then could not maintain work in my civilian life. To make matters worse, during my PTSD therapy, I recalled a sexual assault perpetrated by a family member when I was seven.”

PTSD’s tendrils impact the mind and the body, but perhaps more importantly, PTSD makes maintaining relationships extremely difficult, which adds to the isolation PTSD patients feel. When Amber came to Dr. Blair for help, she was estranged from family, unable to work and struggling to maintain a relationship with her supportive but deeply concerned husband, Jon.

Dr. Blair recommended Amber try a liposomal CBD, 5-7 drops in the morning under her tongue. Amber says her husband saw immediate improvement—and so did she. “Is this feeling of relief true? I can’t believe I’m saying this, but I feel zero anxiety, it’s weird to even feel that way again,” said Amber.

>> Discover which CBD Product Could be Best for You <<

Why does CBD work for PTSD patients?

CBD is a cannabinoid, a compound found in hemp and marijuana. The recent discovery of the endocannabinoid system (ECS) explains why CBD works.

It turns out, the ECS controls all the body’s other functions including neurological, digestive, hormonal, and nervous systems. There are endocannabinoid receptors throughout the entire body: the brain, connective tissues, and even immune cells.

Because the average modern lifestyle contains very little support for this master regulator, most of us are “starving our ECS” with poor nutrition, lack of exercise, and toxic substance exposures including some pharmaceutical drugs, says Dr. Blair.

A starving ECS often manifests itself through some of modern society’s most common complaints including sleeplessness, anxiety, gut problems, or a myriad of other severe and chronic conditions. Dr. Blair explains, “A dysfunctional ECS creates a dysfunctional body.”

Because PTSD sufferers experience systematic pain and stress in many parts of the body where endocannabinoid receptors reside, CBD engages those receptors in the entire body. So, instead of treating the symptoms, CBD helps the body restore itself.

It’s a great source of frustration for Dr. Blair that more of his colleagues haven’t yet embraced CBD. “The medical community has traditionally only embraced pharmaceutical solutions. We are seeing slow change and acceptance of CBD, but the vast majority of doctors and nurses apparently haven’t bothered to investigated CBD, or are misinformed.”

Dr. Blair says it isn’t uncommon for him to hear that his patients haven’t had much support from doctors when expressing an interest in CBD, but, he says, that often changes after doctors see the effects of CBD on their patients’ conditions. “Many doctors don’t believe it until they see it, but once they do, even if they remain skeptical, they are intrigued,” One way to find out if your doctor is knowledgeable is to ask them what they know about the endocannabinoid system.

No matter where you live in the U.S.A., you don’t need a prescription to use CBD, but Dr. Blair encourages people to tell their doctors about any and all supplements they are taking, no matter how natural. “From natural oils, to dietary supplements, your doctor should know what you’re taking so they have the most holistic perspective possible.”

But does CBD create any side effects or addiction?

Dr. Blair claims he only sees “side benefits” of CBD use in his patients, and there is “no evidence of any overdose, withdrawal, or addictive qualities.”

>> Shop CBD Products you can Trust <<

Non-pscyhoactive Cannabinoids “feed” the ECS and help it return to a state of homeostasis. Homeostasis is the optimum performance for your body. “A quality, full-spectrum hemp derived CBD provides cannabinoids and other compounds which support the ECS, with no concern for addiction or getting high,” explains Dr. Blair.

Is CBD just for people with PTSD?

Dr. Blair says most of us—whether we’re relatively healthy or suffer from a chronic condition—can benefit from CBD.

“It’s important for people to know CBD is a natural part of the body—it’s found in mother’s milk—so adding CBD to your routine is one of the most natural improvements you can make to your health regimen,”

Dr. Blair also has patients looking to optimize their healthy lifestyle. “From extreme athletes to soccer moms, I have yet to meet someone who didn’t perform better after using a premium quality CBD product,” he says.

Are all CBD products created equally?

Dr. Blair says there are products on the market that are little more than snake oil.

Dr. Blair says people should look for “full-spectrum” products that use non-toxic extraction methods, source their hemp from the U.S.A. and have independent laboratory certificates (called Certificates of Analysis or C.O.A.) showing the product is free from toxins, molds, and pesticides. COA’s should also verify the cannabinoids actually contained in the product. “Any CBD company that can’t or won’t provide a C.O.A. is not considering their customer’s health outcomes,” says Dr. Blair.

It’s also important to consider bioavailability. When most products are ingested through the stomach, they lose potency, this is true for all supplements, says Dr. Blair.

“For people seeking immediate relief, I always recommend sublingual (under the tongue), because more CBD gets into the body faster. For many I start with a liposomal CBD once my patients are in maintenance mode, it’s a great product to add to water throughout the day to stay balanced,”

“I can’t tell you how many lives have been changed because of CBD, but I can tell you that as a medical doctor, I’m extremely happy to have CBD available for my patients.”

Perhaps Mia, our 45 year-old psychologist sums it up best: “Thank you for giving me hope.”

>> One of the Most Trusted CBD Products on the Market <<

Get to Know your Lady Parts (& How to make them more fierce). {Partner}

4 Ways People Trigger Us (& What it Tells us about Ourselves).