The Hidden Scientific Link between our Consciousness & our Health. {Partner} 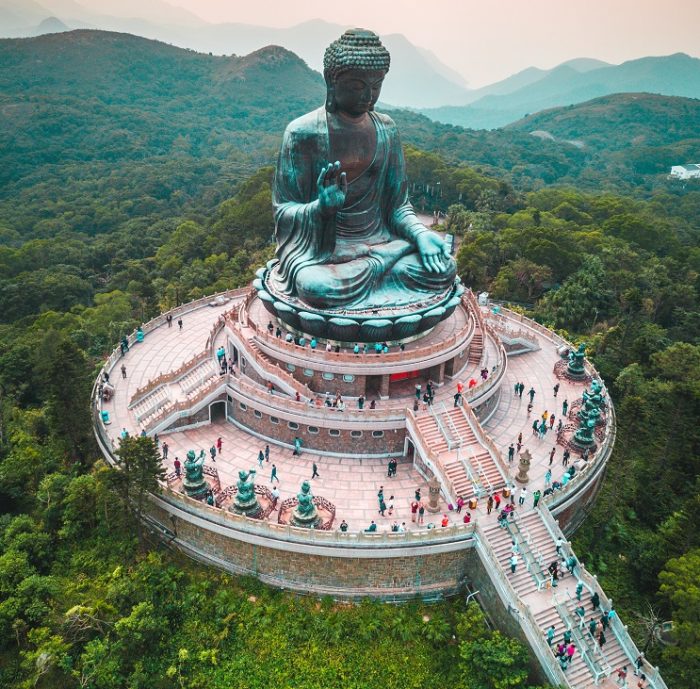 This post is via our friends at Global Zen Consciousness Conference—an Elephant Mindful Partner. They’re dedicated to bringing science and Eastern philosophy together to allow us all to realize our innermost potential, and we’re honored to work with them. ~ ed.

How much control do I actually have over my well-being?

How much of my health and happiness comes down to choice?

Many of us have asked ourselves some version of these questions before.

Perhaps when reading the latest report on the harmful effects of stress.

Or maybe during a corporate retreat or professional development, when you were given a handout detailing a life coach’s advice on the importance of a positive mindset.

It could have even been at your physician’s office, when you were informed that your treatment options had numerous undesirable side effects, and you were left wondering: Isn’t there something else I can do?

Almost all of us have a desire to live with less stress, to advance in our careers, and to be physically healthy.

The answers are within us, and have been in existence for over 1,000 years, practiced in the philosophy of Buddhism. These same answers are present in modern science in the study of quantum fields, genes, and cellular activity.

When we look to the ancient philosophy of Buddhism, we find it impossible to deny that, as human beings, we are, in fact, responsible for our own well-being. Our happiness is not simply the result of circumstance, coincidence, or our genetics. It is in our own hands, and if we are currently unhappy, we have the potential to change that.

The ancient practice of Zen can help you lead a happier, more harmonious life.

*Elephant readers get $100 off ticket price with code: Elephant2018!

Zen teachings are supported by cutting-edge science. By uniting modern science with ancient Eastern philosophy, you can become your optimal self. Zen can even help artificially intelligent beings develop ethics and consciousness.

In Zen (or Chan) practice, we find an enlightened approach to balancing the energy of the body and the mind and attuning one’s self to be in harmony with the frequencies of the universe. The Zen lifestyle aims to heighten consciousness, ultimately achieving a state known as “Zen consciousness.”

This is a pure state of being that optimizes our health and awakens our inner potential, unleashing our power of imagination, innovation, and creation. Everyone can discover and increase their Zen inner space, which is filled with the innermost light of the quantum conscious field and provides the optimal environment to enrich one’s life experience in body, mind, and spirit.

Zen consciousness can even optimize the functioning of our genes, leading to improved physical and mental health and greater joy.

According to Shi DeRu, a self-described Zen traveler and the president of the Shaolin Institute, “Zen allows one to open their infinite mind and free themselves from ‘self,’ ‘ego,’ and their limited ‘physical being’ to awaken oneself to explore their greatest potential and purest inner intelligent being within and without.

The environment or condition created by enlightenment and awakening opens the antenna of each cell so that each cell will communicate with other cells fully.

Trillions of tiny bodies of cells will work together in symphony like an orchestra in musical sound waves. Health is created not out of drugs or chemical dependency but pure internal self-natured being.”

This talk of quantum fields, genes, and cellular activity may seem complicated at first, but DeRu’s goal is to clarify how modern science and Eastern philosophy agree with and support each other.

He is the founder of the Global Zen Consciousness Conference, which is taking place from September 28 to October 1, 2018 at the Atlanta Marriott Century Center/Emory Area on 2000 Century Blvd. NE, Atlanta, GA 30345.

*Elephant readers get $100 off ticket price with code: Elephant2018!

The goal of the conference is to help human beings connect to their own innermost intelligence and light by bridging the gap between theoretical physics, especially quantum field theory and the holographic principle, and Zen philosophy.

Additionally, new epigenetics research will be presented to elucidate how important our consciousness is in determining the expression of our genes and the direction in which our lives will go.

The information provided at the conference will provide a platform for all to develop their Zen consciousness and create an optimal life, full of great potential.

Indeed, it isn’t just practitioners of Zen who understand the importance of the mind-body connection. Respected scientists in the fields of physics and medicine recognize it at as well.

Unfortunately, in the American media, healthy practices like mindfulness and meditation are often presented as totally divorced from any sort of scientific backing. It is almost as if holistic approaches to health and well-being have nothing to do with the world of evidence-based science.

This could not be farther from the truth.

As the Global Zen Consciousness Conference will make clear, the world’s leading scientific minds are deeply invested in exploring and explaining how we, as individuals, can access the universal consciousness that permeates the cosmos.

The conference will help to bridge the gap between modern science and the Zen lifestyle through a series of lectures and workshops focused on the issue of Zen consciousness.

We have brought together leading philosophers, scientists, artists, as well as spiritual and futurist leaders to discuss and explore the relationship between Zen consciousness, quantum physics, and epigenetics.

Our featured speakers include Dr. John Hagelin, a Harvard-trained quantum physicist, Mr. Liu Feng, one of the most sought-after speakers in China on ancient Chinese classics and modern science.

Dr. Stuart Hameroff, Professor Emeritus of Anesthesiology and Psychology and director of the Center for Consciousness Studies at the University of Arizona, will help clarify the deep connections between Zen consciousness and quantum physics, and explain how we can use these connections to live healthier, more productive, less stressful lives.

Additionally, we will have Sophia, the world’s first android citizen, and her boss at Hanson Robotics as honored guests at the conference. We will address how Zen consciousness can help human beings become better prepared for the future of robotics, and we will discuss how we can assist android citizens like Sophia in developing consciousness and becoming ethical beings.

Attendees will learn about the practice of Zen consciousness meditation and transcendental meditation, the history of ancient Zen, Daoism, Hinduism, and the contemporary science of consciousness, gaining a well-rounded knowledge of the mind and its workings.

Guests will also learn how to apply Zen consciousness in action, from increasing harmony, happiness, and health in their daily lives to improving business practices. Smaller sessions will provide instruction in inner martial arts and moving meditation.

This includes training in Zen TaiGong.

Designed by DeRu, Zen TaiGong is a type of deep, pure meditation that creates conscious energy waves. Its purpose is to help achieve health and happiness in daily life and tap into and connect to higher consciousness so we can be awakened to our true potential.

Attendees will also have the option to learn Kungfu, a Zen body-mind conscious meditative practice that involves step-by-step physical motions that can assist in the opening of the third eye and eliminate the turmoil arising from ignorance and a chaotic life.

When we gain insight into the nature of our own inner being, it finally puts a stop to all the doubts and yearnings that have upset our mental peace and serenity.

Ultimately, we will invite our attendees to “Imagine and Beyond.”

To recognize how we can direct our own consciousness to transform their future. Of course, we are interested in helping those who come to the conference become healthier, happier, and more successful, but that is just the first step.

Once the lessons of the conference have been integrated into daily life, elevation to a higher state of mind becomes possible.

By unlocking our inner potential, we will be able to help initiate a worldwide revolution that combines the spheres of Eastern philosophy and science to help humanity realize that, at the deepest sub-nuclear level and at the innermost-consciousness level, we are all one.

We hope to see you at the Global Zen Consciousness Conference!

As a special thank you to Elephant Journal readers, we are offering $100 off the ticket price when you use the code: Elephant2018!