Why we Need to Talk about Suicide, Relentlessly. 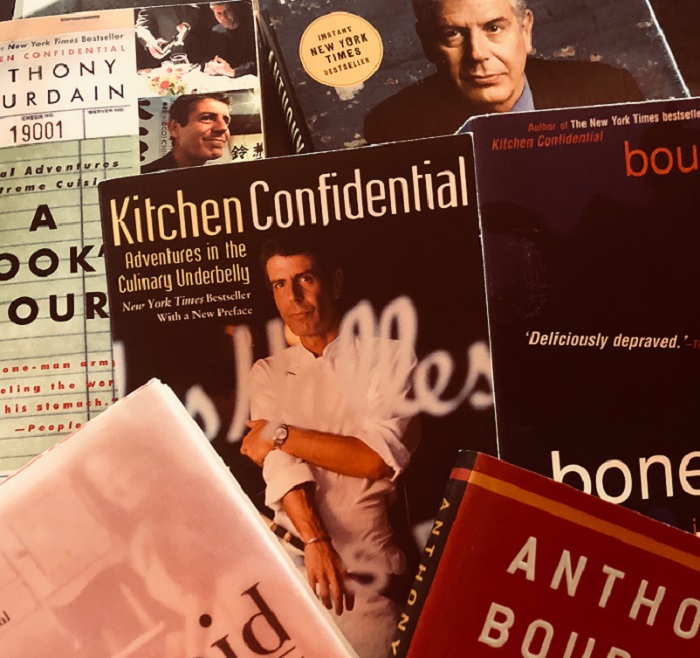 “[When I die], I will decidedly not be regretting missed opportunities for a good time. My regrets will be more along the lines of a sad list of people hurt, people let down, assets wasted and advantages squandered.” ~ Anthony Bourdain

I don’t purposely read or watch the daily news, so I awoke June 8, 2018, to a message from a friend who understood that I would be deeply affected by Anthony Bourdain’s passing.

I read the text, sipped in air, and allowed the emotions to well up inside. My stomach churned, and that quiet space in my heart where uncensored emotions hide whimpered—not because he had killed himself, but because we had lost a significant voice, a voice that moved people, a voice that spoke the truth, relentlessly.

So, to honor that voice, here’s me, honoring him, by speaking my truth, relentlessly.

Twelve years ago, I walked toward my front door in a habitual pattern of doing what I was supposed to do.

I always did what was expected, and this day was no different. I was leaving the house to get my teeth cleaned. I’m not afraid of the dentist, so there was no latent emotion hidden behind the meaning of the moment.

I turned the doorknob and an unconscious surge of certainty pulsed inside of me. It was like a switch flipped. I didn’t plan it—it was my involuntary response to 29 years of suffocated pain, overwhelm, anguish, and feelings of never being enough.

The next 30 minutes are fuzzy. There was impulse sourcing through me, but I felt calm and at peace with my resolve.

Then, I came to—still fuzzy—unforgiving fluorescent lights glaring down at me, screaming, “Wake up!” I attempted to peel open my eyes, but my lids were heavy. It was all too much effort.

The taste in my mouth was wretched, like sandpaper, as I reached out intuitively for a plastic cup sitting on a Formica tray. I shivered under the flimsy draping, my bones laying heavy upon the stainless-steel table. My head pounded. I did not feel at peace.

“Where the f*ck am I?” I asked. But no voice responded.

It was a moment where I had no voice. The muffled droning went on and on. The goddamn ringing in my ears was endless. That’s when the anger, the disappointment, and the letdown seeped in. I was alive.

You have got to be kidding me, I thought. I had failed yet again.

Deep breathe. I blinked with intention once, and then twice. I forced my eyelids open, straining to focus on my surroundings and face my reality…

People always ask the usual questions of suicide, lists filled with why’s and how’s. Here’s the insight I can offer. Here’s my answer.

There is no reason worth my breath.

I can’t help you, but like Anthony, I can tell you the truth—relentlessly.

I met Anthony Bourdain in 2002 at a tiny bookstore in Scottsdale, Arizona. He was discussing a mystery novel he’d written prior to A Cook’s Tour.

A few years earlier, I had attended culinary school in New York City, where we’d also crossed paths. In person, he was a scrawny, wiry, wide-eyed, and electric human being. He could often be found hanging out behind the Brasserie Les Halle’s kitchen dumpster dragging intensely on a cigarette. Though I didn’t smoke, he was the kind of person who made me want to start.

And just as I gravitated to his embodied presence, I still gravitate to his written work. His writing is witty, raw, filled with depth and authenticity. He was badass in the flesh, as well as on the page. And his storytelling…I’ll never forget the night where a dozen of us sat with rapt attention. The twinkle of mischief that danced through his gaze was intoxicating—his words woven together in clever conversation.

Dead or alive, I have that memory.

Anthony Bourdain lived out what in my opinion is one of the ultimate lives of this modern time. He pulled himself out of self-destruction and addiction, so he could live with boldness and speak authentically, rarely diffusing his words to appease others. He traveled the globe and witnessed cultures and customs from Cambodia to Zimbabwe, and he shared that with us. He connected people in a time when we desperately need connection. He ate food and tasted life in ways that many of us only dream of.

And he lived unapologetically, in the moment.

So why he chose to finish his life during the apex of his career, when he seemed an invincible force, is a mystery. And it always will be. But that doesn’t matter; what matters is that he had a choice and he made it. Just like all the other choices he made—get high, get sober, quit cigarettes, write, travel, cook, connect, eat, and share.

What really matters is that he did all these things and we were fortunate enough to be privy to his choices and his work. And to that, I respect this man who shifted my reality, not once, but repeatedly over the course of two decades. The influence continues.

And the complexity and uncertainty of suicide will also continue. The permanence of death cloaks suicide with a veil of darkness and despair. Suicide scares people; it makes them uncomfortable.

But what if we could look at suicide from a different lens? A lens of primitive discernment and unbiased observation. A lens where we look beyond our selfish needs.

Could there be space for compassion without self-indulgence?

Humans don’t innately operate this way. Society has shaped us to immediately feel sad and sorry for the person who has taken their life. Sometimes it’s anger that provokes us. We promptly shift into questioning and sleuthing so that we can understand, and understanding so we can feel better. Discomfort cramps our style.

Suicide is ugly. Suicide leaves loved ones questioning, doubting, blaming, and forever seeking answers. And people don’t like the emptiness that the permanence of death promises.

Rather than torment ourselves over the why and lament the how, what if we could acknowledge and applaud the gift that humanity offers? We all have a choice. A choice on how we live out our lives—boldly and genuinely or in a haze, wasting the precious hours.

It is all living.

We have a choice to speak our truth, be authentic, and to live life with conviction. The frigidity of that stainless steel hospital table and the screaming fluorescent lights were only the beginning of waking up to life, for me.

As I thumb the pages of Bourdain’s The Bobby Gold Stories, Bone in the Throat, and Typhoid Mary today, they continue to communicate their wit and wisdom. These words were my first encounter with this spirited human.

With respect to Anthony Bourdain, thank you for teaching me, including this ultimate lesson: death is not the end of someone’s voice or influence. Especially for those who choose to live, relentlessly. 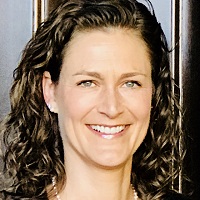 “Parts we wished we had Known” about Anthony Bourdain & Suicide. “Be kind, for everyone you meet is fighting a hard battle.”