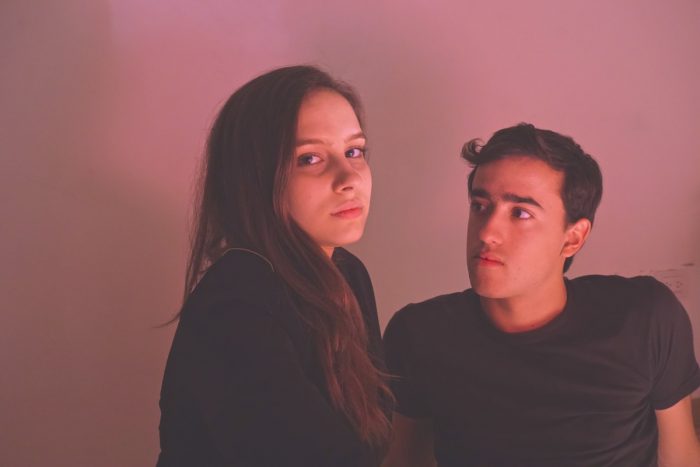 “People aren’t either wicked or noble. They’re like chef’s salads, with good things and bad things chopped and mixed together in a vinaigrette of confusion and conflict.” ~ Lemony Snicket

Within the digital era of dating, there exists a zone of pervasive grey that fogs us and confounds us.

Because Facebook understands that we like to flatten and simplify things we don’t want to talk about, we can officially be “complicated”—a vagueness that suggests we are somewhat entangled in something that neither party is courageous enough to make obvious, meanwhile leaving room for a lot of interpretation, yet offering nothing concrete to aid in understanding of any degree.

But we are generally forgiving of “complicated,” even sympathetic toward it, because it’s far from a unique human experience.

We are forgiving because we’ve all had a hand in complicated things. In fact, contributing toward complicated situations gives us a lot of common ground to relate to.

In misery, we find company, complicated company that accepts our complications and further complicates it. What was once a cheap status, a temporary circumstance, then becomes something chronic, something infinitely darker. Something so pervasive, that we lose touch of who we are, what we stand for, and what we are worth—because “complicated” unsettles our very identity, and the identity relations that stem from our self-recognition.

“Complicated” is a cheap status that disorients us, and over time, silences us.

The experience is both disempowering and disappointing, though perhaps not at first, because we are fascinated by enigmas, we are allured by mystery. We like solving puzzles, so we accept all that’s complicated as challenge or conquest, and further amplify a situation that is inherently conflicted and disorienting in nature.

While we may hate hearing it, we like using it, because we like to appear exciting, and complicated achieves that. We like to appear attractive, and explaining our doldrums is not only extremely unsexy, but mostly unnecessary to people who are not party to the grey in the first place.

Depending on how we use the term, it can either give us an illusory sense of control, or it victimizes us, so we continue to use and abuse the term that is used and abused on us, repeating the pain and confusion, inflicting further damage as we derail further away from clarity.

The contrivance of “complicated” operates on a two-way street. It relinquishes responsibility on the complicated party, and draws us further toward someone who is not readily available to us. We are drawn to what we cannot immediately have.

This has been programmed into us since we were infants. So are we doomed to be troubled?

Not if we can clearly recognize the subtext, and we can simplify what is complicated.

While “complicated” can mask, corrupt, and interfere with a lot of things with ambiguity, within the realm of romantic relationships, it really comes down to the following simple and unequivocal subtexts:

1. An inability or refusal to commit to us.

Not to be confused with a lack of desire, but waving the “complicated” flag is to say that things are grey, and whatever we might have is not worth upsetting the current status quo. What it means is that whoever or whatever came before us has a stronger hold on things, and by engaging in a relationship as such, we are entering into a house that is built by that third person—without a map to guide us, and our partner will not orient us either. This is not a house that we have ownership or a voice in.

2. An inability or refusal to be vulnerable.

Nothing is ever too complicated to explain. A healthy relationship is never one deprived of honesty or vulnerability.

3. A definite concealment of another reality.

“Complicated” is an easy way out of explaining that there is more. Oftentimes, significantly more. Another relationship, another life, another family, another world…another reality that we are not privy to, but one that persists nonetheless, and one that comes with obligations, with far-reaching tentacles that will violate and interfere with the small part of their life we feel entitled to be part of.

4. An unwillingness to discard or terminate something.

We allow things to become “complicated” because we didn’t have the courage to discard what should be. “Complicated” is a response to trying to save something, or many things all at once, when they can no longer belong in the same space. In the digital age, it’s harder and harder to completely let go, because accessibility remains available beyond one’s physical reality. When we enter into a complicated situation, we are entering into a war zone of the past, and we need to know what it is that they are not willing to give up.

We don’t have to participate in someone else’s cowardliness, and we don’t have to victimize ourselves because someone else couldn’t bear responsibility. What if, in the narratives that we tell, we could confront all that’s complicated instead of masking it? What if we don’t center our narratives around guilt or self-pity?

Could we perhaps be happier?

Within a grey zone, we cannot locate ourselves, and this is detrimental in so many ways to our own understanding of who we are, because we understand ourselves in relation to other people and things.

Central to our sense of self and self-worth is a social blueprint in which we locate our mark, so to speak. Like marks and positions on a film set, we all need guidance to know where to stand, where to move, which position to return to, and exactly where they are. Marks orient us, and help us understand the bigger picture in which we are framed, and what our roles are. Are we in the foreground? In the background? Are we the lead? Supporting? Are we recognizable? Or are we blurred out?

Our designated roles help us answer the fundamental question of do we matter? And if so, how much?

Simple questions don’t require complicated answers. Yet, within the realm of romantic relations, it’s often difficult to address things as they are, because emotions are messy to detangle, and few of us have the tools or vocabulary to tend to things with care.

When we don’t know where we stand, it further undermines our sense of self and self-worth, because “complicated” infiltrates our operating system and debunks a system of values that are built around uncomplicated things. Consequently, “complicated” builds a sense of endangerment, in which shadows and seeds of trauma begin to fester.

It’s a contriving status that feeds on our empathy, and profoundly warps us into a victim of our circumstances.

Until we begin to address our circumstances with honesty, responsibility, and integrity, a rich and fulfilling love and life will always be a complicated distance away.