Marry a Woman who Knows you are Real. 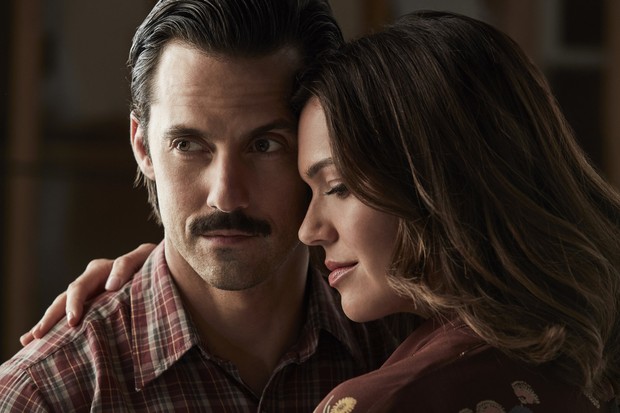 Heads up: just a couple of well-placed curse words below.

Perhaps you know she is part magical and part mundane.

Perhaps she knows it too, and that’s why she’s so real.

Marry a woman who knows she is both.

Marry a woman who can find her way through the labyrinth of your mind, past the liberated countries and unbounded empires it conceives, to find the foundations beneath your fantasy.

Marry a woman who can kiss you both softly and savagely. Whose hands you can trust to know your every fibre and foible as you tremble with pleasure or pain. A woman who can soothe away the bruised knees of your children as well as your bruised ego with the same lips, and teach the ultimate art of homemaking with those same hands.

Marry a woman who elevates you.

Such a woman can look into the depths of you and know your primal power, yet calmly wipe away your impatient, inelegant tears of anger at things that don’t matter. Even when she knows you know better, even when you are better.

Marry a woman devoted to your body and soul, who sees your passion, but does not shy away from your fractured perfection, your flaws. She isn’t disturbed by your neolithic odour and (in emergencies only) lets you shit while she’s in the shower.

Marry a woman who’s got your back when you’ve had one too many beers on your first night out together in years.

Marry a woman who trims your beard (carefully) and your nose hair (delicately) when you can no longer be bothered to do either. Just to help you feel sane again.

In return, you are right there with her, holding her hand, cooling her brow, giving her sweets and sips of water through the birth of your babies (even when she growls at you).

She will change dirty diapers, make up nonsense lullabies, and stay up late rocking a restless baby so you can get some sleep—and on another nerve-frayed night you will reciprocate.

Marry a woman who will be your sons’ and daughters’ heroine: a woman who knows everything about the world, according to them. A woman who will encourage your children to be curious, to find out how things work, how life works, how to aspire, and build sand castles with tumbling spires.

Marry a woman who surfs the storm of your deepest emotions like a mythical mermaid through your odyssey of self-doubt and dire straits. A woman who knows just how to guide you back to the harbour of hope, and home. Every time.

Marry a woman who always sees in you the imperishable expression of the divine, even when you can’t. But will call you out on your bullshit too, even when you fool everyone else, and especially when you’ve fooled yourself.

Marry a woman who knows that you too can be magical and mundane in two halves of the same heart, without conflict—because she sees miracles in the ordinary.

You and she are the same. In different ways.

Marry a woman who loves a dirty joke, who sings gladly and dances wildly, who reads quietly, questions loudly, and philosophises, but also has Netflix binges and leaves her underwear on the bathroom floor.

A woman who will debate (and sometimes argue) with you way past midnight about life, the universe, and how to raise your cherished children today to be tomorrow’s good men and women.

Marry a woman who will stand by her man and walk through life by your side. Through mistakes and heartbreaks. Through the best of times and the worst of times, from holidays on Lover’s Coast to eggs on toast for the third time this week because things are tight. Through births and deaths, labours, losses, and love. And all the extraordinarily ordinary days in between.

She is by your side not because she is a bewitched princess and you an ogre in dented armour, avowed to rescue her—but because the truth of love blows away fairy dust to reveal your real home.

What you have will sometimes be magical and sometimes mundane. Sometimes it will make perfect sense, and at other times drive you insane, but it will always, always be real.

~ Dedicated to my friends, Khara-Jade & David Warren, and their two boys.

Marry a Man who Knows you are Real.
See relevant Elephant Video

The Qualities to look for in a Life-mate.