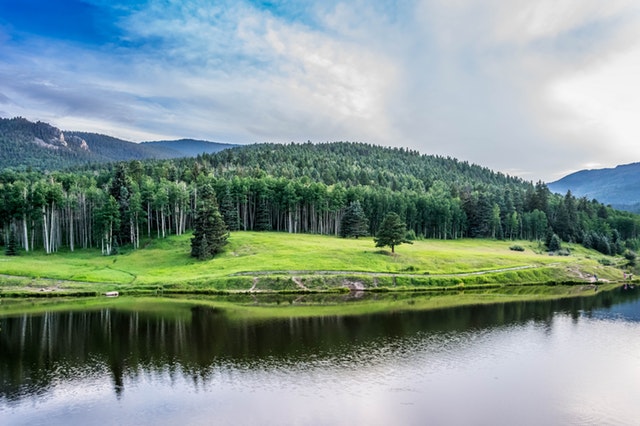 A rehab is a treatment facility that is about healing someone and making them better. Whether it be a drug, alcohol, or body rehabilitation facility, choosing the right one to fit personal needs and objectives is important in staying on the right track. In Colorado, drug abuse is at an all-time high compared to most other cities in the United States. To be more specific, heroin is a very popular drug among users in Colorado. A very potent drug that can easily be overdosed is a danger for continuous users who need a higher dose each time to ensure they reach a certain high. Mountain Springs Recovery, located in Colorado, is a rehab placement company that helps anyone seeking heroin treatment find the best fit for them.

In 2011, according to a federal survey, about four percent of the United States population admitted to using drugs and alcohol. That number is almost tripled in Colorado at 11.3% where from the young age of twelve and above admitted to using drugs and alcohol. This high number only shows the smaller side of the terrible addiction to heroin. Heroin treatment, just like any other rehab process, is a hard and painful process that will break someone down to their lowest. This is why it is important when choosing a rehab recovery treatment that one chooses the best for them. No matter what they are or what other people have to say, finding one specialized to what you are dealing with is the best for a successful recovery.

Eighteen to twenty-four is an exciting and fun time in someone’s life. This age bracket is also a time when people begin using different drugs because of different factors they are facing. Colorado reported an increase of seventeen percent in youths and younger generations using and abusing heroin. A drug like this has a quick reaction with our bodies and leaves us with a mental, emotional, psychological, and physical dependency to it because it is an opiate. An opiate is one of the most addictive forms of drugs and has killed hundreds of thousands of people. In 2014, there was a total of one hundred and fifty-one deaths due to a heroin overdose in Colorado. Overdose is hard on the family, friends, community, and deceased, and heroin treatment is the only option to avoid this.

Different heroin treatments including in-depth and holistic treatments, advanced detoxifying techniques, and targeted therapies are the best ways to gain sobriety when being addicted to a powerful drug such as heroin. Chills, sweats, muscle aches, anxiety, agitation, nausea, vomiting, and suicidal thoughts are just a few of the opiate withdrawal symptoms and are only intensified when detoxifying from the highly addictive drug heroin. The abuser’s body begins to crave the drug and once the detoxifying process begins and if they relapse, it raises the chances of death due to overdose because the injection will be much larger than what the body can handle. With the help of Mountain Springs Recovery, avoiding a relapse is possible because they will connect you with the best, state-of-the-art rehab facilities in Colorado.

Choosing a heroin treatment facility is a huge, scary step for anyone in desperate need of drug abuse help. There are certain questions that should be asked when considering rehab to ensure that the right decisions and steps are being made to better one’s health. Doing research and understanding the process behind the treatment chosen is only going to benefit and prepare someone before they begin the long haul process of sobriety. Before choosing the first rehab facility that can be found, it is important that we ask how it will help us in our struggle with addiction. If the answer that we are looking for is not answered, it is time to do more research on the different types of rehab and treatment facilities until everything that is wanted, is met.

Inpatient heroin treatment means that the facility that was chosen based off research done by the abuser and their family is where they will stay for an extended amount of time until goals were reached. These treatments are considered to be the best when dealing with such aggressive drugs like heroin because it allows you to focus on healing without any distractions. Outpatient heroin treatment is typically chosen by people who are in school, working, or simply can not afford to pay for inpatient treatment. This leaves one at risk of continuing their drug addiction because they might end up in situations that push them to relapse. While there are centers that someone who chooses outpatient treatment can visit whenever they want, it is not as successful for them as it is for someone who chooses inpatient.

The Process and What to Expect

The best heroin treatment facilities in Colorado will establish a plan and how to stay on the right path after treatment. What most people do not understand is that it takes several years to fully gain sobriety but even then, temptation can cause someone to relapse numerous times. A plan on how to stay mentally strong after spending the maximum amount of time in the rehab facility that was chosen can help even the most addicted stay drug-free. During the treatment process, the different steps to be expected are:

Detoxification is considered to be the worst step because of the withdrawal symptoms that were previously mentioned. This part of the process an addict will find themselves at the lowest point they have ever been at. Medication is even used in extreme cases that replicates how heroin is in our body because of the deadly withdrawals. Psychotherapeutic treatment is used to determine the reason behind why one started using heroin. This treatment is used in:

The purpose behind it is to understand why drugs were used and how to stop from using again. Aftercare services are important in helping one stay clear from heroin after the program has been finished. It will help steer one away from temptation and it is recommended to attend meetings as often as possible so that a support system is established.

Heroin addiction and heroin treatment is a gruesome reality in Colorado and is an underlying issue that is not taken as seriously as it should be. If addicted to heroin, or any drug, it is crucial to look into a treatment facility to ensure a long, happy, healthy life. Opiate drugs severely deteriorate the body and are often not noticed by the abuser because they do not care as long as they continue to get a steady supply of drugs. To stop struggling, hurting, and being addicted, using Mountain Springs Recovery services will put you on the right path of recovery. 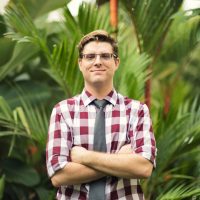 Patrick Bailey is a professional writer mainly in the fields of mental health, addiction, and living in recovery. He attempts to stay on top of the latest news in the addictio… Read full bio