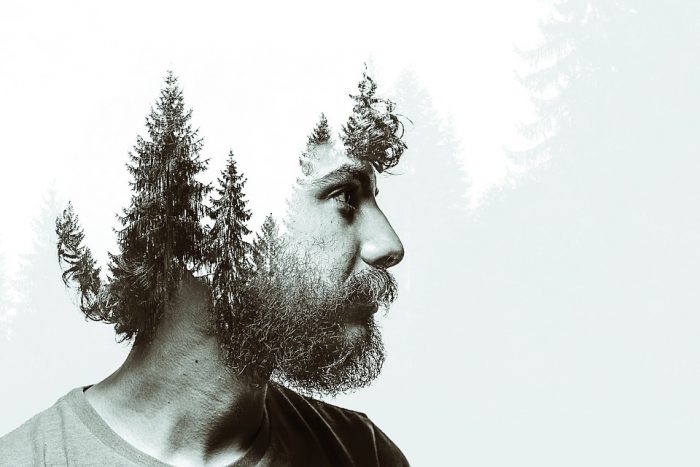 “Sing in me, Muse, and through me tell the story of that man skilled in all ways of contending, the wanderer, harried for years on end.” ~ Homer, The Odyssey

Quite recently, I found myself on a whirlwind business trip raising money for my company.

After countless dinners, innumerable strategy sessions, and plenty of food and wine, I arrived back in California exhausted.

I was depressed and feeling terrible, not because of the trip, which was a success, but because I could not visit my mother, who is in hospice.

I reached out to an ex—who, for her own reasons, did not want to talk. I pestered her, and the interaction soured the bitter acrimony that has defined most of our interactions in the past year.

After a texting barrage that ended in my finally agreeing not to contact her again, I began to introspect on how a seemingly “woke” individual, (though I loathe this phraseology )— who is in the middle of his life, a chaotic life at that—should consider lapses of judgment like this one, in light of everything being revealed about the generally horrendous behavior of so many of his peers?

There is one part of this that is interpersonal dynamics between two people who have given one another all they have to give—but there is another, more important dynamic at play that is much older and that goes to the heart of manhood, dignity, and personal heroism.

Where do the sources of this kind of wisdom reside? Certainly not among the thousands of self-help and Iron John books.

I found it in revisiting ancient literature, in particular, the epics of Homer, the Ancient Greek bard.

To me, Homer’s epics comprise an allegorical and ancient guidebook, a secular scripture. I honestly believe that a psychological, (note I did not say feminist) reading of the poem should be mandatory for all boys, preferably just as puberty sets in.

The joyous, painful, and revelatory are all contained in The Odyssey and The Iliad in the broadest possible sense. As men especially, we should have a wide-bodied and appreciative sentiment for the generosity of the poem and the poet — whose words still reverberate, nearly 10 centuries after they were written.

Adam Nicolson, who wrote Why Homer Matters: A History tells us:

“Every aspect of it is a grand metaphor. Odysseus is not sailing in the Mediterranean but through the fears and desires of every man’s life. The gods are not distant creators, but elements within us, their careless pitilessness, their flaky and transient interests, their indifference, their casual selfishness, their deceit, their earth-shaking footfalls.”

The Iliad and The Odyssey teach us one thing — a man has nothing to gain by leaving his senses. That includes acting like a baboon, child, or “cuck.”

How do men respond to nature, and channel our energy productively? Do we continue to respond compulsively, petulantly, and aggressively, or do we adopt other ways of being in this world that are still in line with our souls and selves?

For one — we can rethink our compulsions from a much deeper perspective.

To echo some of the recent chatter —” boys will boys” — yes indeed, and then hopefully, they become men. Part of manhood is realizing that we are not entitled to anything — not a woman’s attention, nor even her sentimentality. Most people, never mind men alone, struggle to diminish their emotional expectations. To chase after the desired response or outcome from another person — especially a woman — is against man’s nature and dignity. The muse and feminine remain mysterious, undefined, and undecipherable for a reason. Once a man accepts that he does not need to “own” a woman — his behavior must change.

In the words of Homer , nature and the muse are represented by the two particular words that occur many times in both The Iliad and The Odyssey : “pontos atrygetos.” Translated from the Ancient Greek, pontos atrygetos means the “unharvestable sea.” There are many layers like this in a homeric text. The “unharvestable sea” is both a metaphor for the mystery of the poem itself, a man’s journey or life, and of course, nature — as compelled by the muse.

A man cannot expect to find what he needs, intellectually, spiritually, or intimately out there on the ocean, nor from the muse herself. Any man worth his salt knows that a woman who is truly empowered cannot be “caught” like a fish or harvested like barley. Everything about the conquest-acquisition sentiment goes against the nature of the muse and defiles man’s dignified nature.

Homer tells us the poem itself emanates from the magnetism of the feminine — that unharvestable, ineffable, and undefinable source of inspiration. The Odyssey is more than a fish tale—it is about the raw, ineffable essence of life — presented as the muse herself.

The barren sea is both backdrop, character, and constant threat to Odysseus, (and it does damn near get him more than once). At one point, Hermes, the poet’s voice of reason says, “Who would want to cross the unspeakable vastness of the sea? There are not even any cities there.”

Hermes’ question is for men who are ceaselessly and painfully ambitious to their own detriment.

When George Mallory was asked why he scaled Everest he answered — because it is there.

That a thing is there, and so should be conquered, is not enough anymore. Conquest, which has been held out to men as tantalizing for so long, is losing its macho luster. Not surprisingly, the primal nature — risk itself—is presented to the reader in the guise of beguiling “wild women” in the form of Calypso, Circe, and the Sirens.

For all her tranquility, beauty, and soft virtue — there is simultaneously lust, thunder, power, brilliance, and rage. If you cannot appreciate both sides, well then — I think you are destined for the rocks. Neither should men seek the mother in the goddess because she is not there anymore. That time has come and is gone.

We must either appreciate the muse just as she is —and  give her the space to be the muse—or be bludgeoned by disappointment.

As men, we can choose to listen to the Sirens, the reason Odysseus lashes himself to the mast, or to the essence of the muse — that which brings us home but not to “her.”

“The return to the womb” is not about venerating women or femininity.

In the words of George Seferis, “The poem is everywhere, the poem is inside of us.” When we can internalise the feminine, we make sacred oblation to the muse and the poem that lives inside of all of us, which are one and the same.

In simpler terms—you don’t need a woman to appreciate the feminine.

The treasure of Homer lay in understanding ambiguity. One cannot have a static relationship with the sea any more than one can have a static relationship to love. There is no making sense of either — emotion and logic are both equally valid. You cannot churn the ocean, any more than you can force a woman to love you enough to fill up all the awful gaps inside that need healing. That is not what the muse does. Take it one way or another. The essence of the muse can inspire you to grow and heal your inner landscape, or possibly, drive you to dash your brains on the shoals.

Men do not need to be errant, red-faced, inconsolable, desperate, and impoverished. We are not spoiled children.

Nor do men need to “lash themselves against the mast” to avoid intimacy.

Sometimes, though, we must take to the sea until we are ready to return to the farm. Men can and should be alone for periods of time. Men cannot need so much from women — indeed it is better now if we do not.

Age gels the churning blood; nature abides us if we keep to the journey. The muse, and not the Siren, will come and sit with us in the pleasant sun. I’d much rather be in the countryside, alone in a fertile and fecund meadow, than lost inside the burning body of Calypso on a deserted island. 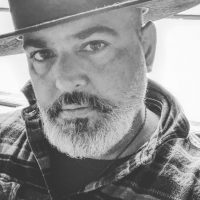 To the Men Wondering “What can I do?” #MeToo A Male Perspective on the Potentials & Pitfalls of the #MeToo Movement. Dear Men: if you answer Yes to any of these questions, you may be the reason someone else says, “Me, Too.”