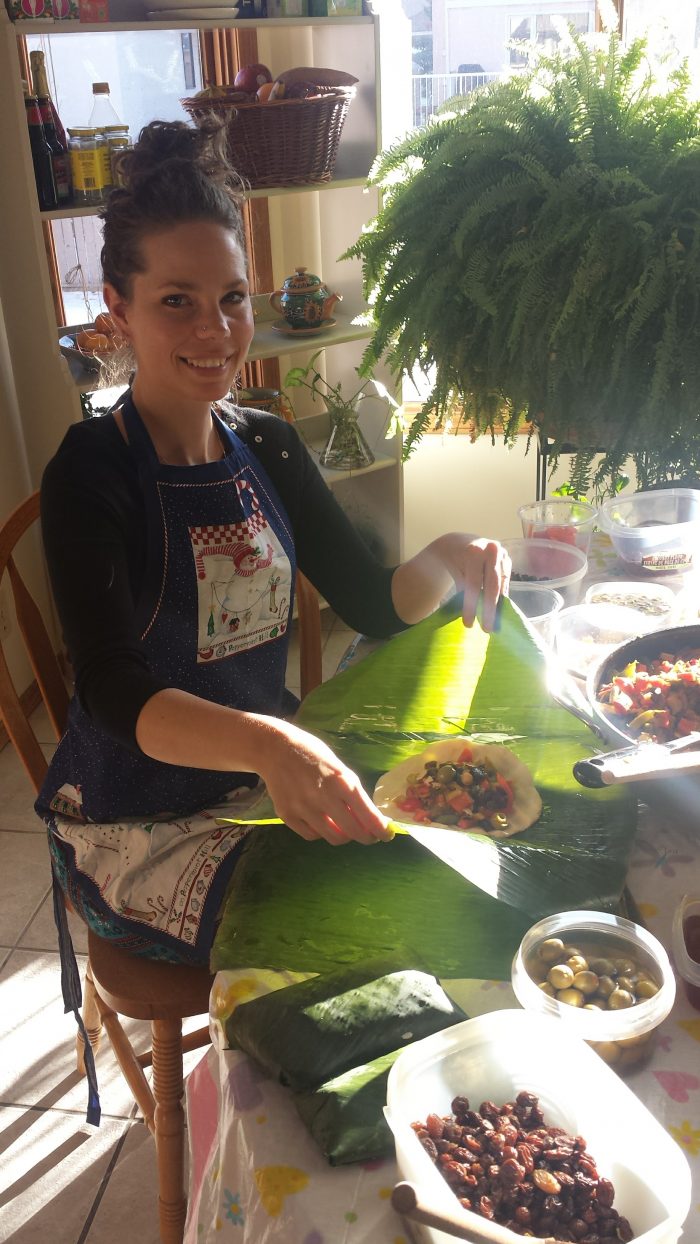 Food awakens our senses in a myriad of ways, from savoury street food to fancy dining experiences.

But few eating experiences trigger our senses like a traditional family recipe. Family recipes tell us stories: stories of our childhood, stories of the past, and even stories of a life that we may never know.

These dishes don’t just trigger our taste buds; they trigger memories of stories both told and untold. The tastes and smells call forth questions of the past, of ancestors long since gone, and languages which have long since ceased to be spoken by their descendants.

Food connects us to our roots in an unspoken way, allowing us a glimpse of cultures and traditions that may or may not influence our lives today. Today, all that I need do is frequent an Eastern European restaurant, and the tastes and smells transport me right back to those childhood days.

Growing up in a family with Ukrainian decent, childhood holidays were filled with pierogis and cabbage rolls. Family members spent days preparing the ingredients, making the dough and building the holiday feast together. For the children, that meant playing while parents, aunts, and grandparents filled the house with odours of Eastern Europe.

Admittedly, as a picky eater I was not fond of our holiday food as a child, but I did come around. With time, holidays would not always be an occasion for extended family, and intergenerational holiday pierogi parties would cease.

But now I am part of a new food tradition, one that I married into. My husband is Venezuelan, and along with his mother, we now have a Christmas tradition of preparing traditional Venezuelan Christmas food: hallacas. They are a very labor-intensive dish, but one that heralds the holidays, and is shared between family, friends, and neighbors.

Hallacas, or variations of them, are made in several countries in Latin America, though in Venezuela they are considered a Christmas food. They have some resemblance to Mexican tamales. They are made from a variety of ingredients that originate in Europe, the Americas, and Africa, so it is a truly multicultural dish, representing the diversity of the Venezuelan people.

Hallacas are made of a corn dough that is typically stuffed with varying kinds of stewed meat, such as beef, pork, or chicken and then embellished with raisins, capers, olives, and sometimes other foods. Finally, hallacas are wrapped in charred plantain leaves. The mixture is tied up inside the leaves and then boiled. There are countess variations on how this is done, as well as to which exact ingredients are used, since families have inherited different hallaca making traditions.

There are many steps involved in preparing hallacas, which tend to be done in a several days process, or at least an all-day process. Much like my own family’s traditional food, hallacas bring the family together in the kitchen, cooking meats and stews, making dough, and cutting the embellishments. This makes for several days of rich odours, conversation, and stories, and of course, snacks along the way.

As a result of this timely process, large amounts of hallacas are normally made, which can be eaten for days after Christmas, or which can be frozen.

The origin of hallacas is not certain, but it is widely believed to be found in the colonial period, when slaves were given the remains of their master’s meals at Christmas: the stews, meat, and other odds and ends. They added them to the corn dough that had been commonly eaten in those areas since pre-Columbian times, finally refashioning them by cooking them in the plantain leaves.

Nowadays, hallacas are eaten across all classes, making for a cultural dish enjoyed across different socioeconomic and political elements of Venezuelan society. Well, that is if the ingredients can be procured in Venezuela, but that is a story of its own.

I enjoy listening to my mother-in-law and husband tell me about their pleasant memories of hallacas. My mother-in-law explained that as a child hallacas meant that the children in the family combed the hills for plantain leaves, picking and playing as they went. The leaf cleaning and preparation was a major task for families, but with ready purchased leaves now available, that part has since been simplified. In addition, living in Canada, that is one part of the tradition that we couldn’t recreate.

The next part my mother-in-law described to me is the time spent together in preparation for the dish. Many families spend the entire day of December 24th doing this, while others start a couple days earlier. This is a time for families to be together, which is really the essence of a holiday. It’s not just about the company around the dining table, but the company throughout the long cooking process.

When the hallacas are finally complete, the family shares this moment.

But the sharing does not end with Christmas dinner. One of the other traditions about this dish that I love is the tradition of sharing hallacas with your friends and neighbours. Throughout the holiday season, people gift their neighbors, coworkers, friends, and even strangers with their hallacas, allowing them to share in different family recipes.

What better holiday gift could we give but a taste of our own family recipes and heritage?

I happily take part in recreating my husband’s family’s traditional holiday dishes here in Canada. In some sense, it is reminiscent of my own, but it also helps me connect me with their background and gives me some insight into their roots and traditions, and the chance to hear stories that might not otherwise come up.

When we prepare hallacas, we invite any of my family members who are available to join in the preparation, and of course to partake in the Christmas feast. We also give frozen hallacas to other friends or relatives to try, or have them over after Christmas to try them, sharing our labours and efforts.

Since we decided to recreate their tradition, and modify it to make it our own (by making vegetarian batches as well), I find that I look forward to the holidays more than before. I know that before Christmas day comes we will spend a few days together in these efforts. The process is both relaxing and tiring at once, which makes it more rewarding.

I have more excitement for Christmas dinner than I did before, and I am happy that for us the holidays don’t end that day, because we can recreate more holidays dinners with other family or friends with our frozen holiday bounty.

Some of us may not find ourselves part of a holiday tradition—perhaps we never had one, perhaps we find ourselves too far from family, or perhaps these traditions faded with time. But it’s never too late to revive, recreate, or start our own.

There is still time to begin this year! 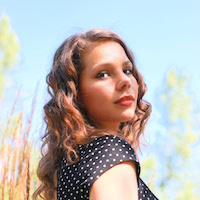 Lana lives in Kitchener, Canada with her husband, new daughter, dog and cat, where she is a PhD student in Global Governance. In her spare time she focuses on the pursuits she… Read full bio