I Stopped Teaching Yoga & that turned out to be my Yoga.

Last year, after teaching about 1,500 classes and workshops, I stopped instructing and practicing asana—totally.

Does it make me a bad yogi that I’m not pose-obsessed right now? I don’t know. It feels vulnerable to write this. My impostor syndrome is churning up like crazy.

What I do know, though, is that I’m conscious of five things a paused practice has opened up for me. Here they are:

1. The yamas and niyamas are still hard AF in practice.

In the eight limbs of yoga, which are intended to be experienced in progression, asana practice (the poses) comes third and meditation comes fourth.

The first two limbs are the yamas (ethical restraints) and niyamas (ethical observances), which should be respected before you go off and reform your body and mind.

After eight years of practice, what I’ve learned is…I suck at these.

I tell myself I’m good at ahimsa (nonviolence) because I’m not out beating people up. But my daily self-deprecation is strong as hell (like, jacked) and always rated R—isn’t that violent?

Do I practice satya (truth) when I say I want to escape sugar, then slam a biscotti as I’m typing this sentence?

Was I channeling brahmacharya (non-excess/celibacy) during holiday meals? Nope!

I’m good about some of the yamas and niyamas, on some days. And as my asana practice developed, I noticed myself applying these principles in many ways, and discovering new interpretations.

Svadhyaya (study) could be the study of information, or studying my habits, or studying others’ habits, or practice. Saucha (purity) means more than showering and washing your hands a bunch—it can be purity of body, mind, or communication.

So, I have more work to do on these. There is plenty of personal development work to do for now in these areas. Maybe it’ll take my whole life to become masterful at these limbs. And I’m cool with that.

2. My ego was wrecking my body.

I was practicing yoga before Instagram existed. But when I began teaching and was tasked with growth, I had become enamored with how my poses looked, and was disguising the ego trip under the ruse of personal branding. Paradoxically, yoga businesses need to market to survive, which can do a number on the ego over time.

But I also began losing elements of privacy and self-discovery in my personal asana practice. I wanted a full front split, so I could unlock a new vocabulary of cool visual sh*t for social media purposes.

Don’t get me wrong, fire and resilience in practice are important. But at the time, that fire was ill-informed, inauthentic, and making my joints hurt.

3. Sitting and doing nothing (aka meditation) is nice.

Another demise to my asana practice came with the exploration of transcendental meditation and its accompanying neuroscience. As someone whose bloodstream is 89 percent caffeine, I find myself increasingly craving pastimes that center me and chill me out.

In the time constraints of the day, 30-40 minutes of quiet time or light yin yoga kept proving to make me feel better than a power vinyasa class. The day feels surmountable again after meditation. I face my days rather than run away from them. My willpower doesn’t expand—that’s a fallacy—but my plate certainly seems more tolerable when my mind is right, and that takes a moment.

There are many different kinds of meditation—for me, contemplative practice and mindfulness practice never really did the trick. When I began exploring mantra-based meditation, however, the difference was immediate and tremendous. So I suggest giving meditation a few tries in different formats to see what works best for you.

Am I really going to rearrange my life to straighten out a forearm balance for the sake of rigor, or is that energy better spent focusing on my relationship? This isn’t about time. I just found that I could only pursue so many things in life at once.

Self-actualization enthusiasts may disagree. I just found that, “Getting better every day in every area of life,” while a nice motivator, never actually came to fruition. Instead, history would just repeat itself; some areas of life got more of my attention, and others less. I’m ready to interrupt that pattern, which means pausing some routines that may not be serving me.

5. Maybe, by stepping back, my practice evolved.

I wonder if giving up on asana practice is actually the self-care I really needed. Perhaps there would have been no way for me to progress anyway, because my yamas and niyamas weren’t really in check. I was being violent with my body, wasteful with my thoughts, and stingy with pursuing passion.

Or perhaps I’m being a lazy sh*t. (Are you there, ingrained self-deprecation chatter? It’s me, Nick.)

Either way, I feel better, I’m more focused, and I’m more balanced. That’s what our practice is for anyway, right? 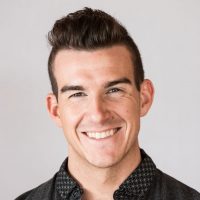 Nick Wolny has lost 105 pounds and kept it off for 15 years. He writes about mindfulness in the fields of technology, creativity, and language. He’s previously been ment… Read full bio