Asking this Question is a Shaming Mechanism. 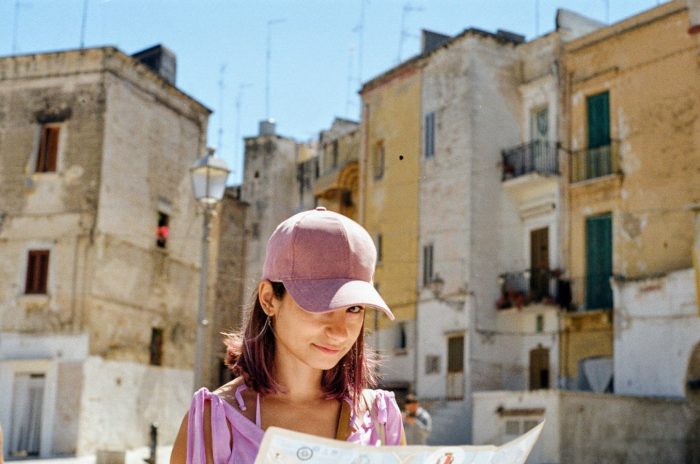 As a traveler, one of the questions I am most often asked is if I am scared to travel alone.

The question is typically accompanied by this comment: “You are so brave for traveling solo…”—and then the three little words every girl longs to hear—“…as a woman.”

This got me thinking.

What does my vagina have to do with being a brave traveler?

Society reinforces the plans of men. This is a good thing. However, it does not reinforce or encourage the plans of women. I am careful with who and when I share my plans, knowing that, to some degree and because my anatomy goes in instead of protruding out, not only will my plans be questioned, but I will be questioned as a rational human being for having them.

Asking a woman if she is scared to travel alone is like asking her what she was wearing on the night she was sexually assaulted. It’s an accusation, a deeply rooted one that attempts to diminish a woman’s life into acceptable ideologies of femininity. The question is a shaming mechanism, even subconsciously, to dissuade women from living beyond patriarchal constructs.

“I just don’t want you to get hurt.” Or, “I couldn’t live with myself if anything bad happened to you.”

We don’t ask male solo travelers if they are scared. In fact, we don’t ask them anything at all, apart from what gear they’re using. Society respects that men are going out into the world for a purpose, whether that’s a public or private one, and even suggests radical places for them to visit or foods to try while they’re out. Solo male travelers get the proverbial pat on the back, while solo female travelers get slut shamed.

When I am told that I am brave for traveling alone, the word “brave” masks the intent. The purpose of the comment is to communicate that I am asking for it; that if I go, not to look for emotional respite when I get what I deserve; that it serves me right for thinking that I could live autonomously without consequences.

The much deeper subliminal message is that boys will be boys and, therefore, will not be held accountable for their actions. The marks boys leave on the bodies, hearts, and minds of women become the shame of the women who carry them—not the shame of the boys who make the marks.

Society accepts blaming the victim because fault is easier to point out when there’s a visible representation of brokenness. It’s the bruise that shows up, not the bruiser.

When society puts femininity on the endangered species list, men want to capture you and hang your head on the wall, each one priding himself on his trophy. It’s fear and greed that desire to kill healthy divergence, not the liberty of women.

This is the first time in global history that in certain countries, society agrees that women are human, and by which I mean complete beings with intrinsic purpose and a fully functioning person-hood. However, the patriarchal idea that women shouldn’t is still pervasive and spans across more categories than just travel. It permeates our offices, nights out on the town, and our most trusted interpersonal relationships.

Women grow up learning that men are either our protectors or perpetrators, and it’s up to us not to choose to be assaulted. This blame-shifting men’s responsibilities onto women is only being challenged now because, with irreversible success, women have fought to invaluably contribute to public society. Although not its intention, the patriarchy has raised women to utilize their intuition, brains, and ingenuity to corporately come forward and recreate culture.

Therefore, I am not brave for traveling alone. I am human. I am curious and conscious, and desire to continue learning. Because of circumstances completely out of my control, I was born in a time and place that propels the liberty of women forward instead of many exclusive societies that strip women of enacting their basic human desires. I am able to exist beyond what being female represents to much of the world, while still existing in my body as a woman.

For this luxury, I am forever thankful.

Through traveling, I have experienced human camaraderie by the innate commonalities that connect us and delight in seeing the things we have in common, instead of focusing on our disparities. Regardless of the historically adopted patriarchy, women and men have equal intrinsic value and purpose. We’re all made up of the same goop.

Therefore, while I have my being, I will travel.

I certainly will live; and along the act of being, I trust that I will meet humans who will continue to ask the question of bravery, with fear in their eyes.

Though tiring, I now welcome the conversation because those asking are on their own solo journey beyond comfort, and their curiosity inspires me to continue happily venturing into the world with myself. After all, every human being is ultimately a solo traveler. 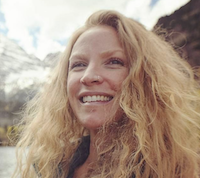