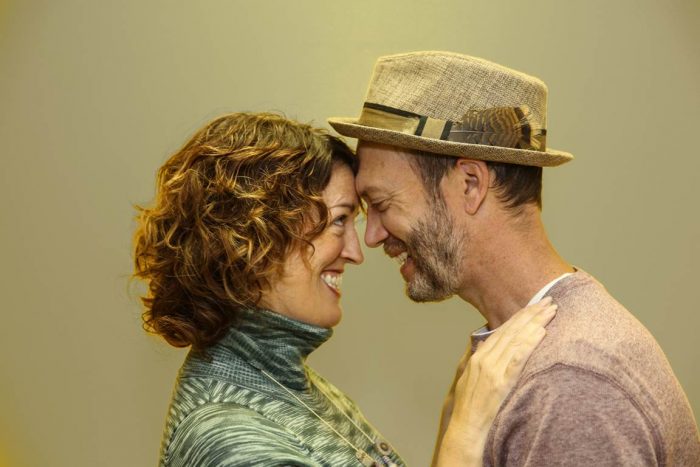 I met my beloved just after his 40th birthday and about six months before mine. It was a long trek that led up to that moment, where intimate relationship equated disappointment, heartbreak, and a 12 year failed marriage for each of us. During those painful times there was grace too, as I learned to finally feel comfortable in my own skin and my inner voices became allies instead of critics. Damn, though, to finally meet the man that embodied everything on my list (you know the list) and obviously felt the same way about me!

Having found each other, what could we now expect? “They” say the initial excitement fades after the first six months. However, neither of us likes to be told how things are—we like to find out for ourselves. We weren’t sure what was possible, would our passionate romance inevitably erode through time? We were game to find out.

Here’s what romance looks like a few years in, after having a baby (10 sleepless months) and losing two members of our immediate family (three months of traveling and spending all weekend in the ICU). Also in the mix has been him learning to be a step dad (tricky) and us starting several businesses together (consuming).

To me, lasting romance on the day to day is:

~when he called me “Sexy” last night, when I was sniffling with a cold and my lap was full of tissues.

~him pulling me into the shower on Tuesday while the little one was napping.

~texts full of excited emojis each time I’m headed home…then his face lighting up when I walk in the door.

~him asking what’s wrong when I’m being more quiet than usual, and then listening deeply as I tell him about it…without trying to fix it.

~the way he refers to me as his favorite person and takes such pleasure in all my quirkiness.

~the rapt excitement and interested questions when I tell him about my awesome idea.

~him grabbing my butt in the kitchen or spontaneously pulling me into a deep hug as I walk past.

~the leadership he embodies in our family, encouraging all of us to feel the full range of emotions, while championing a tone of respect and harmony in our home.

~him singing and dancing with me while we are washing dishes or buying groceries.

~the way he appreciates my full self and I never have to try. Even when he doesn’t voice it, his eyes say “I can’t get enough of you.”

~the way he takes such good care of me and our girls if we get hurt or don’t feel well…he knows the best natural remedy for everything.

~him mentioning me nearly every night when we say what we are grateful for, before the meal.

~the way he shows up whenever he says he will and is present.

~him sending me the link to a song that made him think of me.

~the joy he shows whenever we have time together, even if it’s just cuddling and reading in front of the fire for a few minutes after the girls are in bed.

~overhearing him tell someone that I am his life’s inspiration (he’s mine!).

~him making love to me each time as if it’s the first time—completely mystified by what’s possible when our bodies/hearts/souls combine.

~following a misunderstanding, he wants to know how soon we can talk about and resolve it, he doesn’t let anything fester and lets me know I matter to him more than his being right/proving his point.

~creating a vision of our lives together and then both taking concrete steps each day to bring it into reality.

~being on the same side when we have conflict/differing opinions, so that we can figure something out that truly works for both of us.

~him putting down his phone when I start to say something, so he can give me his full attention.

~watching him parent (Gah! So sexy)—an open hearted, caring Papa, who models how to be in the world, instead of lecturing (aside—our girls have only heard him sing my praises, never put me down).

~making out in the elevator on date night (yay for friends that offer babysitting) and the woman says “Busted!” as the doors open, but I think, “not really, that’s how we do!”

The best is when we are in the middle of something (like planning the week schedule) and he tenderly looks at me and touches my hair and says “I be lovin’ you”—Swoon!

My parents love me, but I don’t think they’ve stopped bickering for more than a few minutes in the last forty some years. I had never seen enduring romance up close, except in a movie or a fairy-tale romance book, so I get why many of us doubt it is even possible. However, Coy and I now know for ourselves how much magic we can cultivate on the daily. We focus on the little gestures that let our beloved know they are cherished and that feed the spark of our connection. There are so many skeptics and cynics when it comes to love and romance, but Coy and I will always be hopeful romantics! 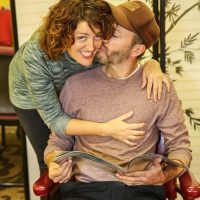 Gina Heath lives in a cabin in the woods with her beloved, Coy, and two daughters. She and Coy are founders of The Purpose Collective and Radiant Wholeness Coaching, located i… Read full bio