3 Clear Signs that you are Following Your Heart 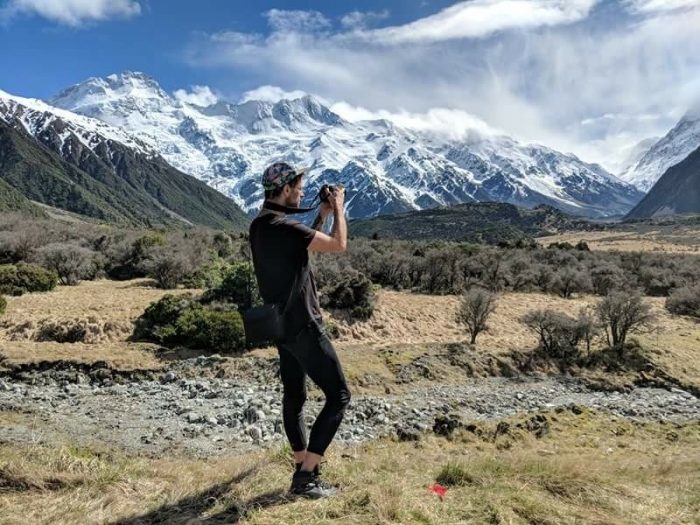 I don’t know many people who’ve never heard the phrase ‘follow your heart’. But then, I also don’t know many people who are actually following their heart. This is likely because following your heart sounds great on paper, but in reality it often means leaving comfort behind to eventually grow into a place of greater peace and purpose. In truth, your heart is always calling you to grow in this way and it will never stop working to return you into better alignment with yourself, even if you consistently choose to ignore it. That said, its methods can sometimes seem senseless or confusing when processed through our rational minds. So for those of you out there wondering whether or not you are successfully following your heart, here are 3 clear signs that you are on track towards the better life it is shaping for you.

1) You are heading into uncharted territory and as scary as it feels, you have a deeper sense of peace.

Back in early 2018 my heart told me to leave everything behind, and the timing couldn’t have been worse. I’d just started gaining traction with my start-up business, I was in a comfortable romantic relationship, I had a good network of friends and to any outsider I would have looked like I had my life in order. But my heart didn’t buy it. My heart knew that there was something more for me.

A month after it’s revelation, and after many sleepless nights, I left everything behind. My belongings found themselves in the corner of a storage locker, I had a new ex to add to my short but growing list of ill-fated romances and I’d sidelined my business. I felt lost, confused and unclear on what came next. But from my heart came a clear message – Take an aeroplane out of town and don’t look back!

In the following 8 months I travelled to over 17 countries and vlogged the whole thing. I made amazing new friends, healed very deep personal wounds and even found peace with my Dad after years of resentment, something I didn’t realize was possible for us. My heart began to open up in a way it had never done before and I started to trust in it’s guidance.

Towards the end of 2018 I received a text message from my ex asking me for some help on a project he was working on. The message came totally out of the blue and at the time I was on a completely different continent. I asked my heart what to do and it screamed back at me ‘Go go go!’, so without hesitation I booked my plane ticket and flew back a few days later.

As I write these words I have never found love quite like that which I rediscovered with the person I used to call my ex, on our second time around. I have also never been more deeply at peace with myself and have never been more capable of growing and maintaining my business.

If your heart has led you into scary, uncharted territory recently then it’s likely that you are on track. Just check in with it, is it at peace? For even in the most daunting and confusing of times, your heart will be at peace as long as you are on the right path.

2) Good things are starting to happen and you are feeling happier.

2018 was a truly transformative year for me. Not only did I leave someone I loved behind, only to return with a deeper love for him, but I also became far more aware of the blessings in my life.

At the start of my spontaneous world trip I found myself travelling across Europe. I remember one particular evening in Paris. Having just visited the Eiffel Tower and taken an obligatory selfie, I found myself meandering through the busy sidewalks towards the train station to head to the airport. I had an early flight the next day, to Berlin, and planned to sleep in the departure lounge. There was only one problem, the public transport services were running a cripplingly limited service as many staff were on strike over pay. Trying my best to interpret the confusing message on the loudspeaker, I hopped on a train that I thought would take me closest to the airport. Long story short, it didn’t take me anywhere near the airport. In fact, I found myself stranded at a small outer city train station, with no cell signal and information boards that were void of any information. Evidently, the person who’s job it was to update these felt underpaid and had decided to join the revolution.

I remember casting my eye across the station platform and spying only one person, an intimidating looking man in an oversized hoodie. Having heard of the gangs in the suburbs of Paris I wanted to be careful. But instead of walking away hurriedly, I listened to my heart. It had a simple message for me, ‘just stay still and trust’.

Five minutes later the hooded man had introduced himself to me in broken English and asked me if I needed help, then together we’d walked a maze-like route to a local bus station and then he’d waited with me to ensure I made it onto the right bus.

One whole hour later he had delayed his party plans with his brother and boarded the bus with me. He rode with me for a while, until he knew I’d make it to the airport, and then he was gone. I sat with forming tears in my eyes till the airport loomed into view. A mini-miracle had just taken place. Why? Because I’d listened to my heart.

A clear sign that you are following your heart is that good things are starting to happen. Mini daily miracles that leave you feeling lucky and loved.

3) You are finding healing and forgiveness with people you never thought you could.

Bitterness and resentment are not the by-products of a healthy heart. In fact, they don’t come from the heart at all. Our heart is only capable of one thing, love. So the final clear sign that you are following your heart is that you are capable of finding forgiveness and healing with the people who have hurt you the most.

My Dad and I were at war for much of my later teen years and early 20’s. As a result of the pain created by this ceaseless conflict, and other factors such as the repression of my sexuality, I ended up alcohol addicted, suffering from chronic anxiety and depression and I even had two failed suicide attempts. But as I started to find my voice, beyond the pain and after hitting rock bottom, I realized that I needed to forge my own path, unhindered by his influence. So I told him I wanted nothing to do with him and for many years we barely talked.

When I eventually found self-love and had healed enough of the pain in my past, my heart started to guide me towards reconciliation with my Dad. At first, out of sheer pride and anger, I didn’t heed it’s call. Then one day my Dad was diagnosed with cancer and it became really clear that I needed to follow my hearts guidance and make peace with him.

As mentioned earlier, I did make peace with him and this culminated in a beautiful trip we took together to Malta. In Malta I came to fully realize that my Dad had never intended to hurt me, that in fact he was majorly hurt himself and all the pain he had passed onto me was as a result of his own suffering. I realized that just like me, he was a human being entitled to make mistakes. In forgiving myself for all the pain I’d caused others in the years I spent alcohol addicted, I had to forgive him. In forgiving him, a burden of many years was lifted and my heart is now ever-lighter.

The final sign that you are following your heart is that you are starting to work towards conflict resolution with people you never thought you could. You are getting closer to forgiving the people who have hurt you the most, as you are being guided by your heart to do so.

And it’s really as simple as that. If you find yourself in scary, uncharted territory but you feel at peace with it then you are likely following your heart. If you start to realize that good things are happening in your life, then your heart is probably leading the way. If you are making peace with those who have hurt you most, then you are almost certainly on the path to a life filled with more love. 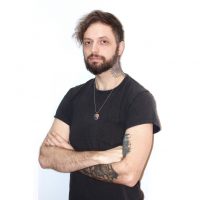