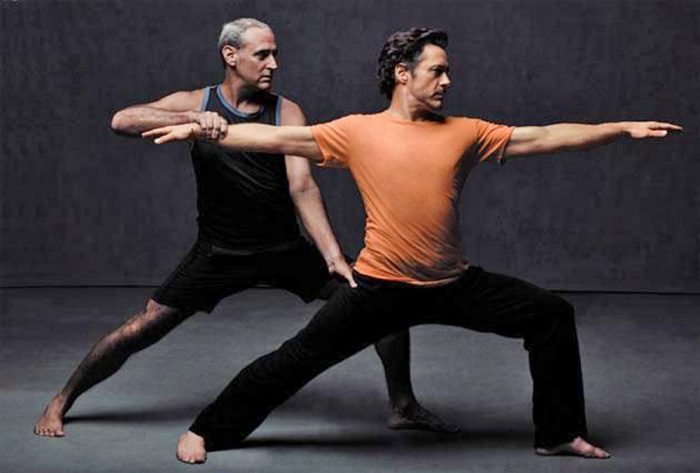 Celebrities are probably the most beautiful and the most good-looking people in the world. It goes with the job that they have to be fit and look hot. How else are you going to attract other people except with your bod? But, looking good is not a God-given gift for many of them. In order to look good you have to work for it. Many celebrities hit the gym regularly or use different diets to get fit. But there are a lot of them that swear by yoga and have it to thank for their appearance.

According to Biographyz.com almost 80% percent of actors and actresses do yoga! If you think that this number sounds too high, it actually isn’t. It is a reality and many people do yoga to get spiritually balanced and physically fit. Here are a number of celebrities that you didn’t know are yoga buffs and who practice it on a regular basis.

Matthew McConaughey is probably one of the hottest celebrities in the world. His early roles where he appeared in a bunch of rom-coms and teen movies can absolutely vouch for that. But Mathew is almost 50 years old now and he still looks great. How does he manage that? Going to the gym is one thing but in order to keep your metabolism at this age requires more than that. Matthew is a regular yoga buff and has said numerous times how he does it almost every day. If you happen to see Matthew McConaughey on beach, you will probably see him doing yoga poses before going for a swim.

The former “Friends” star, Jennifer Aniston, has been voted numerous times as one of the most beautiful celebreites in the world. Jennifer is currently 50 years old and doesn’t look a day over 20! Is this humanly possible? According to her, yoga is what helps her keep her body fit and also enables her to keep her looks. She has stated that for her yoga is not there to keep her body tight but also the keep her spiritually balanced. Yoga is what helped her to be relaxed and not stress about the celebrity life. Stress gives you wrinkles and I don’t see so many wrinkles on Jennifer’s face!

If you ask any girl which celebrity she would like to date, many of them would have Ryan Gosling in the very top of their lists. Ryan is the perfect boyfriend! He is charming, he is sweet, good-looking and polite. He is the stuff dreams are made of and every girl would be lucky to have him. Most recently, there have been a lot of memes about Ryan and yoga. But once we found out that Ryan actually does yoga regularly it all made much more sense. Ryan says that going to the gym is one thing but yoga is something completely different and it what makes hip get up in the morning as he can’t wait to do a set.

Holly smokes, Adam Levine is really hot! The Maroon 5 front man is one of the hottest singers in the world now. How you seen the way he looks? If you’ve seen the their latest Super Bowl performance you probably know what we are talking about. Not a lot of celebrities are capable of pulling a no-shirt look on a massive stage like the Super Bowl is, but Adam Levine certainly did. If you have seen footage in the back stage of every Maroon 5 concert, you have probably noticed a room with a sign “Yoga Room”. That is where Adam hangs out before every performance. He says that it keeps his mind clear and body balanced that way.

Remember the time when Jessica Alba was the top celebrity that appeared in almost every movie. She may not have the same stardom today as she had a few years ago, but her appearance has not changed at all. She is as hot as she has ever been, maybe even better looking. Jessica has stated numerous times how she was able to battle against adversity and obesity that runs in her family. One of the ways she was able to do it is having a healthy but doing yoga as well. As Jessica said, her favorites are hot yoga and sculpt yoga.

Tom Hanks is one of the most recognizable actors in the world. But in his later stage of life he says that he managed to discover yoga. He is not young as he used to be so hitting the gym is not an option for him. Luckily, yoga brings him exactly what he needs. Hanks says that it is the greatest thing that you can ever do and is what helps him stay healthy and spry.

It might be hard to picture the Irish stud, Colin Farrell, on a yogi math, but that is exactly what he does for his fitness. Colin has been an A-list celebrity for years now and has been voted numerous times as one of the sexiest actors in the world. But we have only recently found out that what keeps him so fit and young is yoga. Imagine Colin Farrell shirtless with a yoga math under his arm getting ready for practice.

Madonna is considered as a cultural icon of the pop industry. She achieved so much already in her life and is not only a top singer but a great actress as well. As part of her daily routine she does all kinds of interesting stuff. One of them is also yoga. You have probably noticed this about her as she is known for making some yoga poses as part of her stage acts when she performs. She might be getting older now but her body and her spirit is still going strong.

The Brazilian model Gisele Bundchen is a top model and one of the most recognizable women in the world. Her looks are what brought her the success in life and is what makes her one of the best in the business. But the perfect body that she has does not come easy, she still has to work on it. If you check her Instagram account you will see how actually interested in yoga she really is. She regularly posts her workouts and yoga poses that she does. The most interesting ones are the ones in a bikini on a beach.

Before Robert Downy Jr. dawned the Iron Man suit and became an Avenger he was a prominent child star. The early stardom brought Downey to the brink of collapse as he quickly descended into alcoholism and drug abuse which nearly ruined his career and life. Luckily, he pulled back and became one of the best comeback actors in the world. He frequently explains how hard it was to face the early fame and how he battled against addiction. Yoga is one thing that helped him clear his thoughts and brought him to a better place in his life. Robert says that it is a great way to battle any sort of addiction and a way to get physically better. 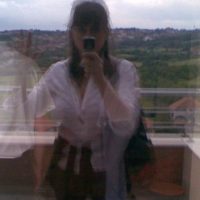 Carolin Petterson is a businesswoman and content marketer with years of experience under her belt. She has had the opportunity to contribute to a number of popular business an… Read full bio