Girl, it’s time to Move On.

Sometimes we just gotta pick our heads up, pick ourselves up, and remember we deserve more.

Girl, and yes, I am talking to you, it’s time to move on.

But I’m probably talking to her, over there, too. I’m talking to every single female who is staying one second longer in a situation that you know in your heart isn’t right—because you’re scared to walk away.

You’re scared that maybe he really is the one, and so, with a little time, grease, and twine, you can actually get him to see how incredible he is too—right?

Or maybe you’re scared of being alone, or messing up something good. Or maybe it’s because your family thinks he’s so great.

But wash all of that away, because regardless of why, or the lies you spin, or even how much Momma likes him, if it doesn’t feel right, you gotta make it right.

You have to take things into your own hands and claim yourself.

You have to realize that the longer you keep accepting what doesn’t work and making an excuses for a grown-ass man—the longer you’re going to keep being left unsatisfied. He’s grown, and besides, even if he isn’t, it’s not your job to raise a man unless you actually gave birth to one.

It’s not your job to prove to him you’re the one, or to take so much sh*t you thought you would choke on it.

Girl, no. This time it’s about you moving on—way on.

You’re not making a mistake and you’re not going to regret it—I promise.

The fact that you’re thinking—right now—if this even applies to you means that it does. It means that somewhere, in the back of your heart, you’re thinking that you don’t really deserve this and that you’re sick of hoping one day he’ll wake up and realize what it is he had—or rather what kind of woman you really are.

And also, not because you let him walk all over you.

None of that is a guarantee that he will, in fact, choose you once he’s done conquering all of his mountains. Instead, in this moment you’re being challenged with whether you’re going to keep choosing him over you.

You’re being tested right now, and you probably were yesterday too, because situations like this don’t just blossom one night after things have been wonderful for what feels like forever. We want to help the men we love, we want to make their lives better, and when our hearts are so full of love, there’s nothing we wouldn’t give them.

But girl, wake up.

Because there’s a difference between helping a man and helping him so he doesn’t have to help himself.

And sometimes, there’s nothing left to do but move on.

Choose yourself as fiercely as you want him to choose you. Choose your happiness, your success, and every decision you make—and do so with as much love and conviction as you would want from a man in your life.

And don’t just move on—but literally start living your best life now. Not tomorrow, not when your heart’s healed, not when you have everything figured out, and certainly not when you feel ready.

Say yes to adventure. Call the hair salon for that appointment. Get your nails done, buy some sexy ass lingerie, pick up some new sheets he’s never slept in, and buy that damn plane ticket. Make reservations at your favorite restaurant, and go sit in the hot tub under the downy flakes of soft snow. Enjoy the sun on the beach as the turquoise water laps at your feet. Enjoy life, and girl, enjoy you.

Moving on isn’t about getting into the arms of another man, it’s about you realizing that as long as you’re still looking at the absence of relationship as a lack in your life—you will only attract people to fill in the holes.

He loved you, he really did. He loved you in a way you never felt before, but it’s over now. Of course, there will be others, but let your heart be. He wasn’t a bad person—he just didn’t see magic when he looked at you. Your lips didn’t stop time, and it wasn’t your love that made him feel like he could accomplish anything.

Maybe he had his own demons, maybe he didn’t love himself, or maybe he was just too scared to actually live life. Regardless, the only reality you have to accept is that he is no longer here, so your only choice is to move on and live on. If for some reason he wakes up one morning realizing what an idiot he was and that no one can fill the space that was left in your absence, then he’ll come for you. It won’t matter if years have passed, it won’t matter the obstacles or how impossible—because when a man truly has that moment of knowing, there’s nothing he lets get in the way.

So, relax, trust, text your girls for margaritas tonight, and remember that while he may have lost out on you—you don’t actually need to lose out on any part of life.

Love will find you.

And in the meantime, girl, it’s time to move on. To remember who you really are and to enjoy this life because the last time I looked, you are way too fabulous to ever let one man ruin you or your life.

Move on and let happy look good on you again, because that’s what you deserve—and this time, girl, don’t forget it. 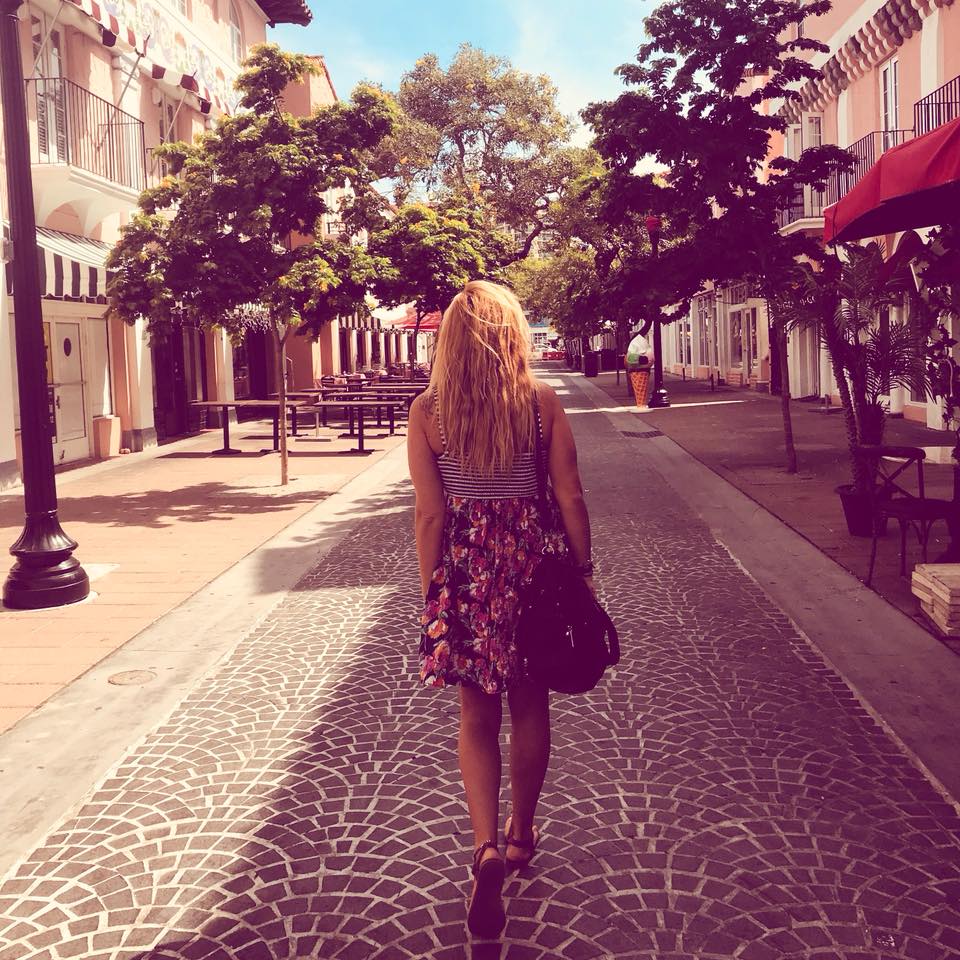