LIFE LESSONS FROM RUMI: from suffering, knowledge; from blindness, light 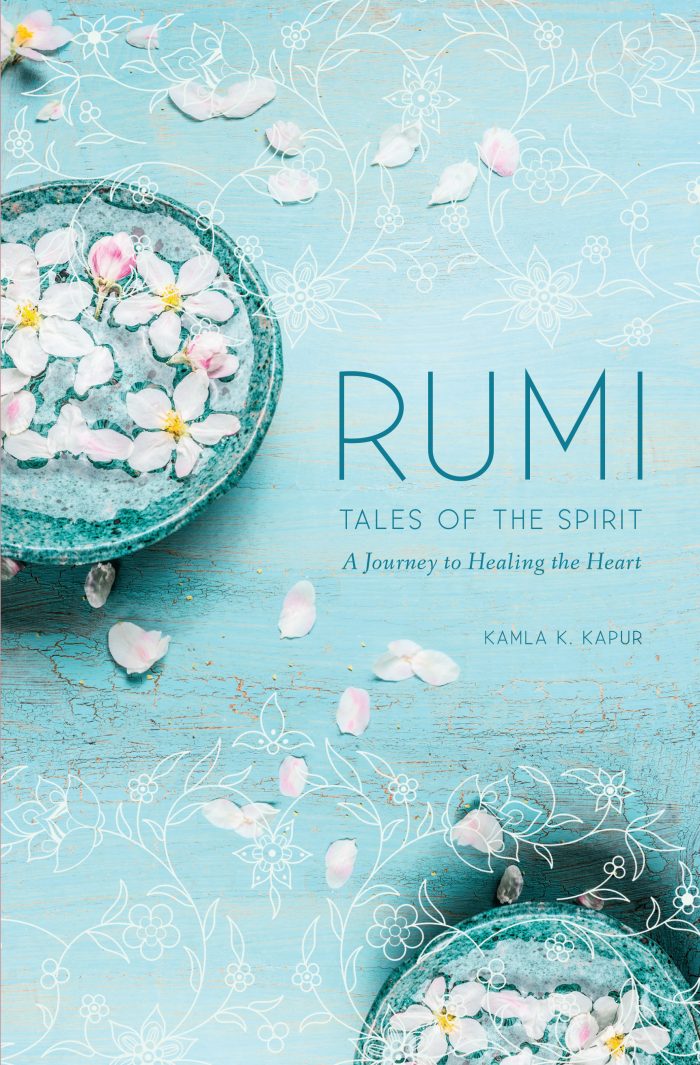 Pains are messengers. Do not turn away, foolish ones! – Rumi

In 1993, my then husband, Donald Powell, committed suicide. It was the most traumatic experience of my life and made me what I am today. I can divide my life into a clear before and after. Before his suicide, though I considered myself a somewhat wise person, after his death I realized how unaware I truly was. So unaware, in fact, that it was a fight I instigated that culminated in his suicide. I was certain I had caused it. I realized, from reading the volumes of his journals after his death that Donald had been deeply scarred by his experiences in Vietnam that turned him into an alcoholic, that he had always been suicidal, and had attempted it several times before. None of this knowledge absolved me from my responsibility and role in his death.

Traumatic events open our eyes to our blindness and our own responsibility in what happens to us. The ancient mystic, Rumi, teaches us to have faith in the power of suffering – to embrace it, painful as it always is. The pain of it is a symptom that our closed hearts are breaking open.

In our current culture, we are altogether too modern to understand or desire suffering the way the Sufis and mystics of all time embraced and rejoiced in it. Our goal is to avoid it at all costs, whether through pursuit of pleasure, pharmaceuticals, empty distractions, social media, or unquestioning faith in science’s ability to cure all disease, mental and physical. Many of us turn to religion and spirituality for the same reason – to circumvent if not extirpate suffering.

But suffering, or what we call ‘stress,’ and ‘anxiety,’ Maulana Rumi advised almost eight hundred years ago, cannot be expunged. Rumi, together with other Guides from all religious traditions, gives us a perch from which to view adversity, a perspective that helps us to take advantage of it, see it in a light that makes it life-affirming instead of life-denying. From this perch we can see how our trials and ‘hard times’ are the very fuel for a series of transformations in our journey to healing, wholeness, happiness.

In his late thirties Rumi met Shams, a ragged, wandering mystic in his sixties, and the meeting catalyzed him into a vision of the universe as experienced through the eyes of love. Shams kindled in him the One Love, undifferentiated between human and divine. Shams’ death a few years later delivered the transformative wound from which grew the Mathnawi, 25,700 verses in six volumes that continues to guide humankind all over the globe. It is a testament to the life and love-bestowing function of what we call tragedy.

As a result of my husband’s suicide, I am much more aware, sensitive, prone to listening, more compassionate with my current husband, Payson, and with friends and acquaintances in general. I know how tender and fragile we can all be. I know better than to think I am wise. Wisdom is a shifty thing. As soon as you think you are wise, you lose it. Socrates knew he was wise because he knew he didn’t have any answers.

Suffering’s transformative power applies not just to the big events of our lives but even to our daily vicissitudes: the broken cup teaches us to let go, an illness to rest and take care of ourselves, a loss the transience of all existence.

Rumi’s faith in suffering as a necessary experience is everywhere present in his stories. His characters are enlightened by their trials.

Ahmed, in You Never Know Why, is beaten up, forced to eat rotten apples, drink from a ditch by a stranger. Brought to the point of death, he throws up, and sees in his vomit the purpose of all his suffering: a writhing black snake that had slithered into his mouth while he slept unawares. The stranger is a messenger sent by the Unseen to awaken Ahmed, to himself, to the world, to the truth that his suffering is his cure.

Mark, in the The Gift, bereft of his friend Joseph — presumably killed by his brothers — roams the world in doubt, bitterness and hatred for an absurd and senseless world. Told in a chance encounter years later that Joseph is still alive, and governor of Egypt, Mark seeks him out. Joseph, Mark discovers upon re-meeting him, is the arch alchemist who has changed his many tragedies into gold. Joseph explains to Mark that the suffering his jealous and greedy brothers had caused him was the greatest of gifts. Joseph has faith in Nature, in all its working and messages to doubting humankind that suffering is the alembic above the fire that purifies and distills. Even when suffering bears no apparent fruit, Rumi says, it must be borne in the spirit of gratitude because it is both poison and antidote. Above all, by humbling and crumbling us, suffering teaches us love, temporal and divine, which is the goal of all our journeys. Whether love be earthly or divine, in the end it leads us yonder, Rumi says in his poetry and stories.

The famous harpist and minstrel, Tasleem, in Pilgrimage to Paradise, is brought by his ego, his own lack of foresight and unawareness to indigence and near death. His hunger and thirst crumble his identity to mulch in which the tiny, winged seed of the fruit of suffering falls, roots, and germinates. His tears water it to irrigate his barren soul. He realizes his deprivations have given him the strength to surrender his life to the Invisible Being that has lived and guided him. His burdens are lightened by this surrender and freed of his ego, he turns to the Source of his being within him where the hidden ember of love, fanned by his sorrows, begins to burn brightly in adoration of the Friend.

In The Sweetness of Bitter Melons, Luqman, the slave adored by his master, King Hamid, has surrendered his existence in love and adoration to the Magnanimous Power that has showered him with uncountable gifts. Luqman shows us how by acceptance bitterness can be transmuted into sweetness. He knows that everything comes from the hand of the Beloved. His love for his King raises him to a perch above the contraries of sweetness and bitterness. “Both of these flow from the One origin,” Rumi reminds us. “Pass on from them both, go, go all the way to the source!” In accepting bitterness in the same spirit as sweetness, Luqman merges with the One immaterial, unseen, ungraspable quintessence and energy of existence we call God.

Sufis venerate suffering. “What is Sufism?” someone asks a Sheikh in one of Rumi’s stories. The Sheikh replies, “To feel joy in the heart at the coming of sorrow.”

Rumi emphasizes that all suffering is a gift. Its redemptive purpose is to turn us towards the Light and Love of that supersensuous and Unseen (though everywhere evident) energy, ubiquitous presence, the highest in our natures, that many call “God.” 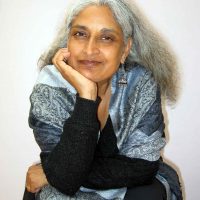 Kamla K. Kapur is a writer, playwright, and poet. She’s the author of Rumi: Tales of the Spirit (Mandala, March 2019), and critically acclaimed, Ganesha Goes to Lunch… Read full bio