Me, Myself, and US: 3 ways I lost myself by avoiding horror films. 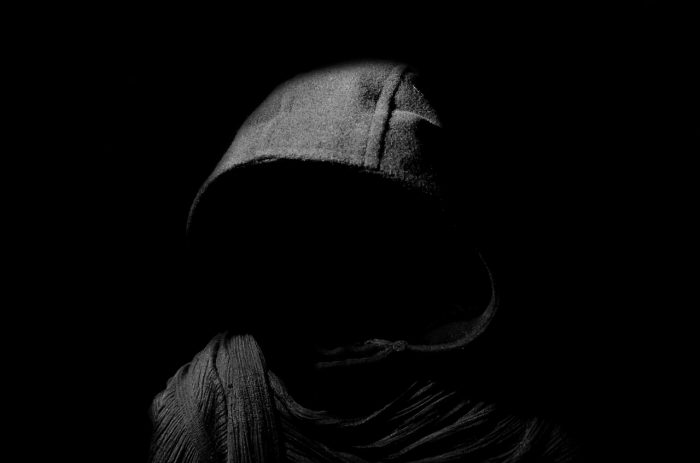 The last time I saw a horror film in a theater was in 1999 – ‘The Blair Witch Project’. The film was promoted as a documentary – footage discovered after three film students disappeared while investigating murders attributed to the legendary Blair Witch. They were never found. The film planted a seed in my mind that I, too, could disappear and never be heard from again. I was so horrified that it would be nearly 20 years before I’d see another horror film.

Though my fear of disappearing like the three students was irrational, it was not without cause. By age 17, I had survived domestic violence, sexual assault, and disfigurement. At times, I lived on the street, in homeless shelters, and spent months without stable housing. I developed anxiety, depression, and began to internalize the abuse. I felt it was a rite of passage to my queer identity because the world hated people like me.

Everywhere I looked were signs a poor, queer, black boy with wounds had no place. I was bullied in school for being something I didn’t understand. I was ostracized, beaten, and called names by classmates. I was isolated at home because I couldn’t talk to my parents about what happened to me. I didn’t understand why I was chosen to live such a hard life. There was no Google, Grindr, or WebMD at the time to help me understand my queer identity, dating, or the emerging AIDS epidemic. I was completely alone. To escape the horror, I attempted suicide three times, but survived, like a monster living the plot of horror movie sequel.

Here are three ways I lost myself … and how I found myself again.

1. I began to see everything in a negative light, including myself.
I was the villain in my own horror movie and tried to destroy myself by drinking alcohol excessively, ignoring chronic health issues, and engaging in high risk sexual activity. These things numbed me to the pain of my past, and denied me access to healing.

2. I allowed fear, worry, and irrational thoughts to rob me of joy.
The more I identified with my trauma, the more my personality shifted. I saw myself as a victim, and wondered why someone would abuse me. I hated others because they didn’t save me, and rather than save myself, I chose to be self-destructive.

3. I avoided anything that triggered memories of what I experienced.
When others disclosed their experiences with me, or I witnessed abuse as a bystander, I pretended not to hear or see. When television shows or movies depicting abuse aired, I changed the channel. For years, I covered and ignored the physical scars of my abuse, and at times couldn’t remember where they came from. I shut out the memories of what I experienced.

Three years ago, I began cognitive behavioral therapy with a licensed mental health professional. Through treatment, I have been able to change the way I feel by applying problem solving skills, addressing negative thought patterns, and tapping into a support system that includes family, friends, and members of my community. I’ve also learned that telling my truest authentic story frees me from the shame of what I experienced, and invites others to be free.

Horror films represented trauma to me, and I suppose I avoided them because the fear I felt while watching felt similar to the fear I experienced in real life. Who wants to pay to be scared when I experienced fear for free my whole life? I realized how much I faced my fears in life and in the theater when I decided to see Jordan Peele’s ‘Us’ over the weekend. Written, produced, and directed by Peele, ‘Us’ stars Lupita Nyong’o and Winston Duke, and follows a woman’s return to her childhood home, where she is haunted by a traumatic experience. While there, she fears something bad will happen to her and her family, as who she believes herself to be unravels on screen.

I wouldn’t describe myself as excited to see the film, just interested in seeing the meaning of what I saw in the movie trailer, and on the promotional poster. Nyong’o’s character dons a mask that looks identical to her own face. I wondered if it was an allusion to the canonized Paul Laurence Dunbar poem ‘We Wear the Mask’ that describes the façade many of us present as the “debt we pay to human guile”.

Much like Nyong’o’s character, I’ve worn a mask for most of my life, mainly due to the secrets I carried. Also like her character, I faced my trauma and the things that trapped me in the past, and prevented me from moving forward. One of the themes of the film was the idea of duality; in addition to the face we show the world, we each have a shadow with whom we must reconcile.

I am not a monster. My purpose is to live a life full of joy and absolute happiness. I’m working every day to show my true self, and not internalize the trauma I’ve experienced, or pass it on to others. It’s hard work, but every time I make it through another day, I realize the value I’ve created in my life. And honestly, understanding myself a little better is the last thing I expected to find in a horror film. 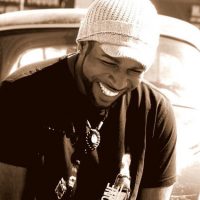 Victor Billione Frē (pronounced bil-LEE-ahn Free) is an intersectional spoken word performer, speaker, and writer who uses his words to liberate himself from past trauma. He … Read full bio