The Sunrise of Isaac Ray 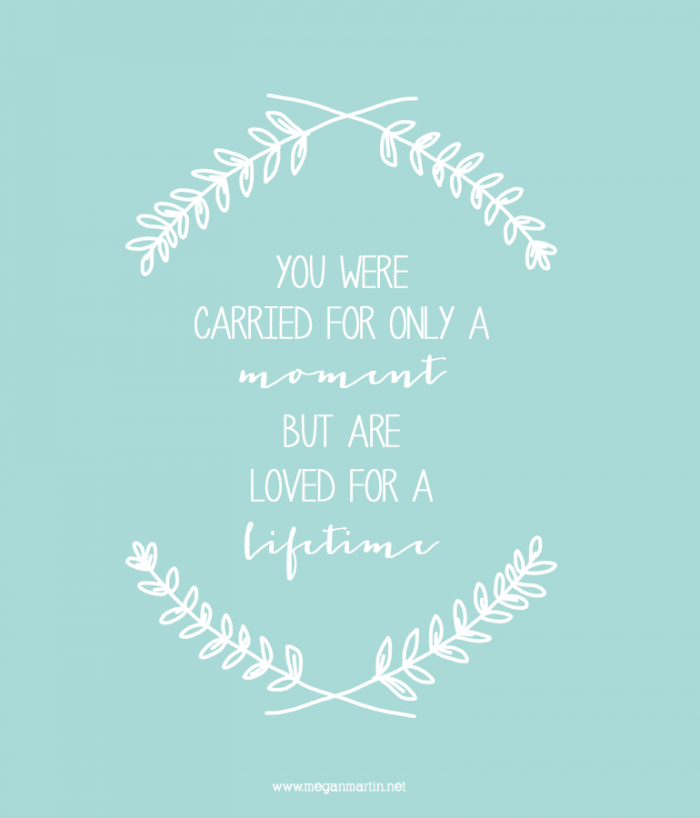 While a human life can be very brief, it is never without the grace of God. Such was the circumstance and being of little Isaac Ray when he arrived unexpectedly at just 17 weeks after conception and during the sunrise of June 8, 2013 at Morristown Memorial Hospital.

That’s right. Seventeen weeks in his mother’s womb is what God had planned for him. No more. No less. It’s remarkable how many lives he touched during his brief time here with us. Of course, his parents – Joy and Henry – were thrilled by his creation for only God’s hand can be capable of such a little miracle and they were both convinced this unexpected gift was just that… a miracle!

Extended family, grandmothers, cousins, and friends were just in the throws of planning for his life here on earth. Excitement was mounting at a heightened pace with every week that passed. Joy would be the third of three siblings to deliver a child and she was eager for the cousins to cement their love for each other.

Just 17 weeks, yet with a body so complete and beautiful; so fully formed inside the amniotic sac that when his little body arrived we were mesmerized by his perfect feet and hands with 10 fingers and 10 toes. His little left leg was crossed over the right one and the left foot pressed tightly against the transparency of the case in which he arrived.

Isaac’s limbs were fully formed along with his skin and muscle. We also know that his taste buds were beginning to develop and perhaps that’s why his Mum had abandoned her usual passion for chocolate. We know he weighed less than a pound, yet his eyebrows and hair were beginning to appear. From the looks of his belly, Isaac was being very well fed. Perhaps Joy could even feel his hiccups!

Of course with parents like Joy and Henry, one can be certain the development of Isaac’s personality and character traits were well underway! With Joy’s name truly characterizing her spirit and Henry’s deep integrity and commitment to his Ghanaian heritage, baby Isaac Ray was a wonder in the making! Perhaps, there might have even been a bit of a contrary nature to him, but we’ll leave that secret with God.

When Joy cried out on that early Saturday morning, Henry was actually in Ghana tending to business; no one ever has any foresight into God’s plans. Joy had been spending time conjuring up all things “baby.” Would she get new furniture? She would rid herself of a bed in the spare room and replace it with a crib. It was a boy, she told people excitedly, as the ultrasound had already provided this information.

On a Friday night, Joy tucked herself into sleep with the anticipation of a big breakfast the next morning. However, God had other plans… and Joy cried out. As the race to the ER began, there were no tears; Joy took deep breaths and like always, interrupted with the directions!

In the ER, we saw baby Isaac moving all around on the monitor! The young red-haired doctor—who looked like she’s just arrived in from the third grade—was eager to get a second opinion from someone more familiar with the mobile ultrasound unit, so she beckoned Dr. Gupta to come have a look. He assured us that this little baby was moving and doing just fine. The relief felt in the room was overwhelming… even exhausting. We all smiled when we saw the little baby’s hand seeming to make a wave for us.

Once the room had cleared of medical staff and Joy awaited the arrival of a labor and delivery doctor for a final exam prior to hospital discharge, the moments of continued relief were embraced. Wandering around the room and trying to stay awake until the doctor arrived seemed to be of comfort.

That’s when it happened.

That’s when Joy’s entire body filled with a blood-curdling cry and screams that just couldn’t have been expected. They filled the room… they filled the now empty hallways… they filled the hearts of everyone that would come within any proximity of that cramped ER room. It was then and there during the sunrise of June 8, 2013 that the most remarkable miracle of life and death came into being. What just moments before had seemed to be a tiny hand wave of comfort, was now very truly a final wave of farewell.

Joy wasn’t alone. She was with her dear baby and a friend whose life would be forever bonded to this tiny essence of human life. It wasn’t long before nurses raced in and then doctors. As they huddled tightly around the stretcher holding Joy’s form, there was an endless suffering tying us all together … as if it was a human cradle for the mother in which she could collapse. A nurse with blonde hair, who had arrived first on the scene, was also the bearer of the saddest news we could possibly imagine… “I am so very, very sorry.”

The little soul that had been living in Joy’s womb for those 17 weeks was now being embraced back into the fold of our Creator. As the medical staff began to step away, Joy realized immediately her baby would be named Isaac, as it was now her choice to give him a name and continue loving him as her firstborn.

Isaac has one meaning as given by God to Abraham in Genesis, Chapter 17 Verse 19. It means ”child of the covenant” or ”child of the promise.” One can’t help but be inspired through this meaning, as Joy and Henry’s first-born, Isaac Ray, was indeed a “promise.” Through Isaac Ray’s very young life, we realize that while God never said there wouldn’t be pain or suffering, he did promise that during those times he would be with us… and he was.

During the sunrise of Isaac Ray, God was everywhere. His presence was in the nurses and the love that filled the room. His hope filled our hearts and instilled in us that the day would not end without belief in the future. God was everywhere that morning. In the hugs. In the tears. In the sunshine. And even in the laughter that some how managed to find its way into our hearts … that some how managed to give us some sense of balance and relief during our journey through the valley of such sorrow.

Joy would then take her last little walk with Isaac Ray and that was to the labor and delivery unit, where she could be further examined and Isaac Ray would be swaddled in a blue cotton cloth for his burial later that week. Joy would join hands and hearts to pray over him and to bid a worldly farewell to her first-born. Before that, he would be baptized –the name “Ray” would be added—and little Isaac would be celebrated for the promise that his existence kept… the promise of everlasting life.

With that, we remembered his little waving hand.

“Some people dream of angels; I held one in my arms.” 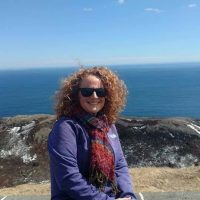 A whimsical and engaging storyteller whose heart lives along the North American east coast. Lives with fierce gypsy spirit and a deep love for community-building and memory-ma… Read full bio