For those who read Journalism, we’re seeing a different Campaign than the drama-loving Twitter-fed Media. 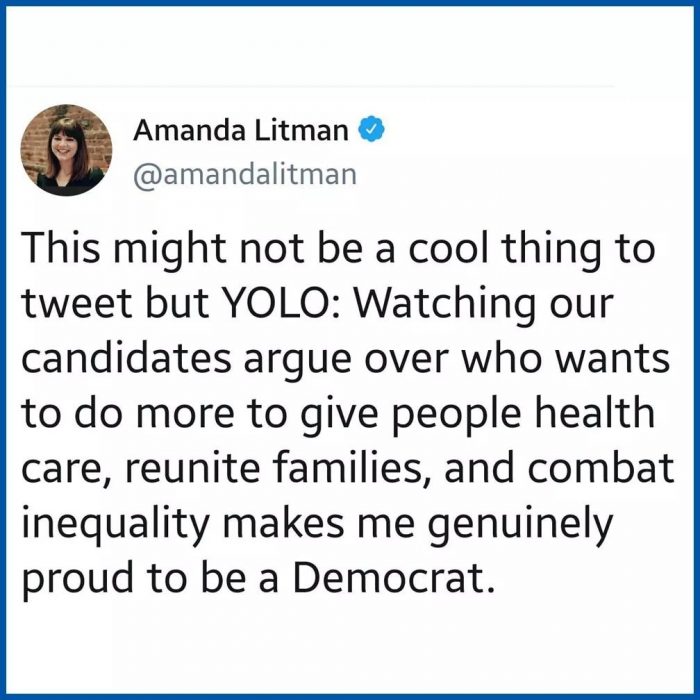 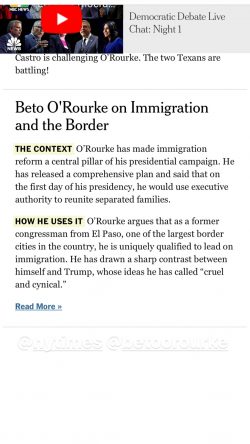 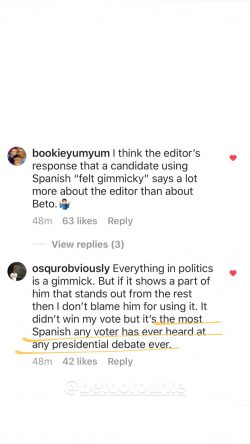 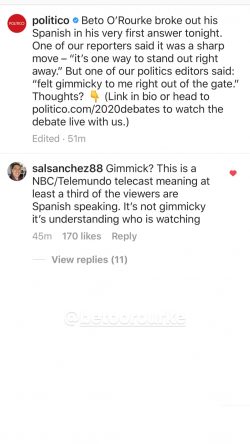 We need more Dharma and less Drama in our Politics.

We don’t need to be partisan. And yet, based on facts, we can hold a strong, passionate, yet open-minded-to-new-facts point of view—particularly one based on empathy and protecting the rights of the truly-oppressed minority. ~ ed.

“We must always take sides. Neutrality helps the oppressor, never the victim. Silence encourages the tormentor, never the tormented. Sometimes we must interfere. When human lives are endangered, when human dignity is in jeopardy, national borders and sensitivities become irrelevant. Wherever men or women are persecuted because of their race, religion, or political views, that place must—at that moment—become the center of the universe.” ~ Elie Wiesel 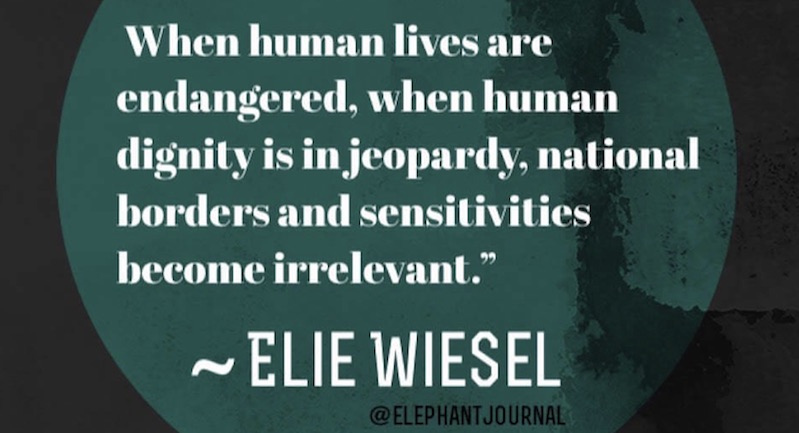 For those few folks who actually watched the full first Democratic primary debate, for example, we saw something very different than the reactionary shallow we-love-drama-and-fights twitterverse, which seems to have fed the media their lines (Colbert, live after the debate, literally stole a joke about Beto speaking Spanish straight from a meme on Twitter/Reddit).
The Bulwark pointed out a similar phenomenon re: the second debate, and particularly Kamala Harris and Mayor Pete. Same re Biden, here.
My reactions to actually watching the first debate:
1. Warren dominated. She was fiercely empathetic, knowledgeable. She doesn’t take corporate money.
2. Beto did everything he had to do except have a big moment, other than speaking Spanish. For those on the Right (and some on the Left) saying he was pandering–I politely say “f u.” This debate was co-hosted by Telemundo. There was a Telemundo anchor asking questions. There was a huge Spanish viewership. Beto lives and was raised in a bilingual town. We should be celebrating, as Alexandria Ocasio-Cortez said on Colbert, that Spanish made its first appearance in a Presidential Debate not only from Beto (twice, second time asked question in Spanish), but Cory and Castro. 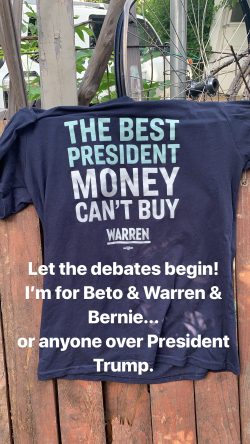 3. Folks loved attack-dog Castro. I wasn’t impressed. He his brother have a long history of not liking Beto, and that’s what was happening–it was personal. That’s not the President I want. I want a President who’s empathetic, grounded, listens (Beto alone among the candidates often turned his body to the others and listened as they spoke, instead of taking notes every time).
4. Needless to say, Cory straight up lied about his stance toward big tech, big pharma, Wall Street. He takes their money big time–not just executives, but through the companies and PACs themselves. Cory was eloquent and empathetic–I’ve always liked him–but as a friend said he feels almost Bill Clintony–like he makes things all about him and his charm, when it’s not.
5. Again, Warren. Doesn’t take bullshit money, unlike all the others except Beto, and is both tough and caring.

Now for round 2, tonight.

I’m sure you may share and follow wonderful stuff—and that’s a testament to your integrity. But by-and-large twitter is the land of witty trumped-up soapboxing insults and drama-loving, not depth–it’s literally defined by sound bites. Its effect on politics, and discourse, has been acerbic and regrettable.

There are thoughtful and effective exceptions, of course.

I think I feel somewhat hopeless, or defeated, not finally, but with where things are going. Everyone judged the debate, last night, for example, on how aggressive someone is–as if we want another Trump, only Democratic. Aggression isn’t something we need more of.