As a Canadian, I wasn’t immune to the fear and overwhelming sadness as the events of 9/11 unfolded.

I was just 21 years old, a stay-at-home mama of a two-year-old, and glued to the TV, horrified.

While I had no idea what that really meant for the people of the United States, for North America, and for the world, I understood the insurmountable grief and shock that those closest to the tragedy would experience.

But it’s been 18 years, and those of us who weren’t directly affected in some way have moved on, save for the yearly anniversary.

Survivors, however, cannot. Many are sick with cancer and other illnesses as a result of their exposure to “the pile”—the burning, toxic aftermath of the fallen Twin Towers—and are struggling to get through life, experiencing the acute health and financial repercussions of rushing in to help as they bravely did.

As Jon Stewart, former host of “The Daily Show” passionately states, “Setting aside that no American in this country should face financial ruin because of a health issue, certainly 9/11 first responders shouldn’t have to decide between living and having a place to live.”

And that’s why the Victim Compensation Fund was established—to compensate the men and women, first responders and beyond, who are dealing with the consequences of their service to their country.

However, the bill in question that supports these survivors was only funded until 2020, is nearly out of money, and was opposed by the majority of Republicans. Jon Stewart, a longtime advocate for 9/11 survivors, took his stand and rocked Congress with his emotional and profoundly moving speech.

According to CBS News, the bill was passed one day after Jon had his say.

Now this is how you stand up for what you believe in. 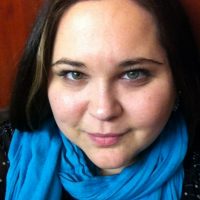 The Important Lesson from 9/11 we all seem to have Forgotten.
See relevant Elephant Video