8 Killed on Nanda Devi. Rupert Whewell; My Loss, and Why Loving Mountaineers is Worth the Risk.

Some weeks ago my good friend Rupert and I met in Ealing. I was handing over a bundle of winter camping gear lent to him by my mountain guide husband for his trip to the Himalayas. It was his first venture into what mountaineer Joe Tasker called that ‘savage arena’, those awesome pinnacles of our planet. He was nervous and excited; a combination I recognised from my own experience of being in the foothills of any personal achievement. Those same feelings have rattled my insides in the hush of the theatre wings, waiting to perform, or just before an ambitious leap from cliff to sea. They are present in the anticipation of a first attempt at something that matters, something you feel you were meant to do, no matter how big or small.

Two weeks later, on May 27th, Rupert was killed in an enormous avalanche on Nanda Devi. He, his guide Martin Moran, and six other mountaineers were attempting to climb a remote peak in a Northern province of India. The news came first that they were missing, and in those initial hours of confusion and panic, we desperately clung to hope. In actual fact by the time the search teams were alerted, four whole days had passed – such was the remoteness of their mountain. So the chances of survival were tiny, and yet, and yet, we held on. WhatsApp groups of Rupert’s friends sprang up, with those with the means doing all their could in mountaineering and diplomatic circles to intensify the pressure on the search.

The days pealed by and the slither of hope evaporated, leaving us with loss. Sophie Sabbage said in a TEDx talk ‘We are designed for loss just like flowers are designed to lose petals but in our culture we are not prepared for it’. I was not prepared for this. It doesn’t matter that we knew the risks, it doesn’t matter that I have lived with those risks for a decade among the climbing community of Chamonix, the town in France at the foot of Mont Blanc where Rupert shared our Alpine base. It doesn’t matter how much I had looked at the possibility of loss, because nothing could prepare me for the reality.

I keep seeing his silly, grinning face in my mind’s eye. I can hear his distinctive voice, I can picture his ambling gait just as clearly as I can feel how it felt to be with the sharpness of his mind. He was verbose – choosing archaic words to cue up the smug satisfaction of watching bafflement appear on the faces of his friends. He was funny and easy going, loved a party and was always up for an adventure. I simply cannot get my head around his death. I don’t want to believe my friend has gone.

It feels like the existential missing top step. We thought we knew what came next – Rupert would come back, triumphant, knackered, full of tales of derring do – but it didn’t happen. Every time I remember the terrible truth I miss-step; like trying to stand on an imagined extra stair, my stomach lurches, my mind jars. I realise I’d made the awful mistake of assuming life is sequential and logical. It isn’t. Like the phantom top step, my friend is missing.

He happened to die in a crazy busy week (f*ck’s sake Rups, nice timing). I had a counselling exam and was going to a wedding in the the US. Part of me wanted to curl up with my sorrow, to cling to my husband and my phone, staying connected to Rupert through the umbilical cord of his tribe of friends, convening day and night online to share stories and photographs of him. I gobbled up every scrap of his life, every anecdote, knowing that from here on I’d be starved of him. But I didn’t fall into a sink hole of despair, something drove me to try and live each day fully. I took my exam. I passed. I went to America. I kept going and took him with me in my heart and mind.

The unexpected thing is that his death has made me grip my life with two hands. ‘Goddamn I’m going to live!’ I shriek. ‘Death you absolute b*stard, how dare you take my friend!’. As if to defy the paralysing shock and sorrow, I moved into experiencing every crevice and contour of my life. That includes feeling the deep, chest lurching sadness sometimes too, but being open to the full spectrum of my emotions has made me see my life in full technicolour.

I don’t want to contribute to the relentlessly positive messages of our culture, or pretend that I can find a way to spin this dark, shitty, senseless pain into anything that is even remotely as enriching as having Rupert back would be. But his death has opened something up in me. I appreciate so much about my life and his that otherwise would have remained implicit; known but unspoken. I’ve dragged out my respect for risk taking and shaken out its dusty folds. I’ve laid it out like a tent on the grass and identified the boundary pushing, evolutionary, revolutionary and defiant edges of it. I’ve set my friend up in it, alongside others who have spent their lives finding out how far they can go, how deep they can dig in order to explore the limits of human capability. Himalayan explorers (for this was an exploratory expedition into unknown territory), belong among Olympic athletes, space explorers and scientists for furthering our understanding of the planet and our position in it. We have what humanistic theorists call ‘physis’ – an innate instinct to evolve towards our potential; an inborn energy moving through us, spurring us on despite fear of failure, to try to do and be all we can do and all we can be. Every one of my mountain friends uses this energy as his or her motivating force and with it they climb, ski, bike and run in a landscape that cannot fail but make the spirit soar.

It was in that landscape that my friend died. I am proud of him for being there, for following his instinct for adventure into unknown territory. I only wish he could have come back. 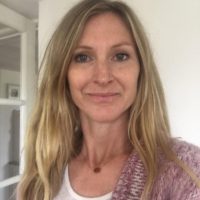