Traveling Taught Me To Love Myself & Look At Life, Differently 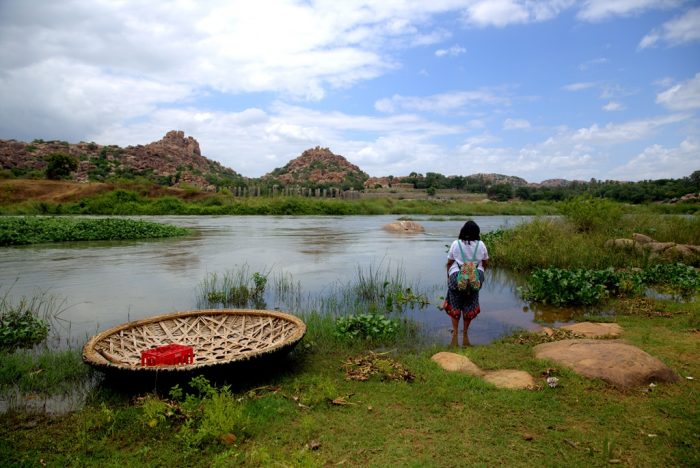 When I initially started traveling, it was merely to explore new places and learn about things beyond the box. I started feeling that stagnation can never provide what my soul was seeking. With an attitude of using travel experiences as a mode of inner transformation, I had a chance to explore an intimate relationship with myself. And even before I could realize what magical spells traveling has cast on my life, I knew that I was addicted to it (in a good way!) and traveling was actually helping me to be a better person.

Getting back to where I began – my journeys, over the years, helped me to look at myself a tad bit differently. I realized the fact that when we fall in love ourselves, we tend to accept ourselves just for who we are, unconditionally.

Here’s how stepping out of my comfort zone and traveling across the globe helped me to fall in love with myself and look at life, differently:

Traveling helped me realize that my ‘weaknesses’ were only a part of my imagination.

We all have certain assumptions about ourselves, and we tend to think that we are ‘bad’ at certain things, without even putting much effort in trying/doing/improving. It was the same for me as well. Being very particular about everything, I often thought that I’ve acute OCD (Obsessive Compulsive Disorder) and that I can’t share my stuff with strangers, or live in a messy surrounding!

Gladly, it all turned out to be a myth – when I didn’t have to think twice before lending my bottle of water to a fellow trekker, during a high altitude Himalayan Trek, or when I had to spend nights at an underprivileged Children’s Home in the outskirts of Nairobi, where I went to volunteer for the little ones. I realized that the constraints were all in my mind, and I didn’t need a second to break free from it when the situation arose. It made me feel more confident about myself, and I knew that I can actually adjust with anyone, anywhere!

Traveling helped me to realize that I can be my best company!

In today’s date, when we are so obsessed with the internet and keep connecting with others over the virtual world, have you ever thought how beautiful it would be to take a break and connect to yourself? We often seek love and appreciation from others, which seems like a source of happiness. But how often do we appreciate ourselves – for trying something new, or maybe for doing something we thought we never could?

I’ve been no different – for I also gave a lot of importance to what others would say about my deeds – till the point when I realized that it doesn’t really matter if I’m happy with myself. As I started to explore the world by myself, there were often times when I would find myself away from the network, amidst solitude – and that’s when I realized that I actually love being by myself! I could read for hours, or listen to music, or just sit by the window watching the clouds float –  thinking how blessed I’m to have seen the sunset in different parts of the world.

Traveling taught me to declutter my mind and trust others.

While growing up, we are often taught not to trust and refuse any edibles offered by strangers as well as not to take anything from people we don’t know, etc. Such things often clutter our mind with suspicion, and we would look at anyone with a tinge of mistrust, thinking that the person might harm us in some way or the other. It was only when I started traveling, that I got to realize how stupid these things were! During most of my journeys, I’ve blindly trusted the local transport drivers, taking me to places and suggesting me areas worth exploring.

While I was in Bhutan for a month where I was mostly hitchhiking, I got into random people’s cars, who at times took a detour to drop me! There were times when I would be hungry, and a fellow traveler on a bus or a train would offer me something that I would gladly eat. It helped me to learn that the world isn’t as bad as we think it to be, while sitting at home! Eventually, it was these bits and pieces of kindness I received on the roads, that reminded me of the beauty of lives, helped me to declutter my mind and taught me to trust strangers.

In our otherwise regular life, we tend to think that a lot of things are needed (which we term as ‘necessities’) and often, we end up buying stuff that we probably would never use! Our love for the material possessions take control over the mind, and we keep spending in order to accumulate things. Even I used to be a shopaholic at some point in time, and would pick up anything that caught my attention. But when I started to travel, I realized that only a limited amount can be packed in the rucksack, and when I’m on the roads, I barely need those things that I’ve shopped and filled my cupboards with! The endless journeys taught me the charm of minimalistic living, and now, I pack as little as I think I would need.

Also, we often forget to be grateful for all that we have and take things for granted. As I traveled to different places, met several people and got to know about their lives – I figured out that not all are born lucky, and I, was in a much better place than many out there. This realization helped me to be more compassionate and humble than I ever was, and I learned to value things more than what I previously did.

I realized that I come alive when I wander.

There have been difficult days, and I found myself most alive when I was traveling.

I traveled when I felt lost and didn’t know what I wanted to do in life.

I traveled to overcome the grief of losing my mother and found a purpose of doing things that would make her proud of me.

When I embark on a journey, every new day on the roads has a new lesson awaiting for me – everything gives me a sense of wonderment! I’ve spent hours sitting in ancient temples, reminiscing lives passing through it. I’ve walked down the beaches, watching the waves come & go! I gazed at the magnificent sunset, and thought how small we humans are, in comparison to this Universe! I felt the love flowing through me when I looked at the snowclad Himalayan mountains and felt the chills in my bones.

In all those moments, there were no past or future, there was only now – the present – where I could cherish my being.

Life would just slip if I was not aware that every moment is life. It is finite, it is now – and it’s the most valuable thing that traveling has taught me. 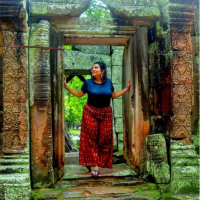 Riyanka Roy is an ordinary girl with some extraordinary dreams. She loves to believe in the miracles of destiny and wants to travel all over the world, spend time with the nat… Read full bio