Why I do Near-Death Experiences as a form of Therapy.

It’s a great blessing to know your life is suddenly going to end in about five seconds.

I figured that was how much time I had left as the car I sat in barreled toward a cliff.

Sliding on a patch of ice at 80 mph, there was no chance the brakes were going to save us.

Fortunately, five seconds can become a strangely long time when you see death headed right at you. Time slowed down, and dozens of scenes from my life passed before my eyes. Moments of joy, acts of selfishness, and times I regretted all seemed to flash before me as if from a sped-up movie projector.

Then, it was time to go over the cliff…

I get to write this story because the cliff was not as high as I had feared. Yet the impact of the ensuing crash did manage to stop my heart. If it weren’t for the grace of a fire truck seeing the whole crash and quickly coming to our rescue, I would now be dead.

In the approximately three minutes during which I had no beating heart, I had what is commonly called a near-death experience—or NDE. You’ve probably heard of the basic outline of such experiences: a life review, feeling separate from your body, moving through a tunnel toward a loving light, and a deep sense of the sacred or encounter with God.

Yet that is only half the story.

The other half of the story, the one we rarely hear about, is the transformational effect such encounters with death tend to have on people who experience them. Dr. Marilyn Mendoza, a near-death researcher, states:

“The event is so profound that it does alter the experiencer’s life. Perhaps the most common after-effect of a NDE is the loss of the fear of death and a strengthened belief in the afterlife. There is a new awareness of meaning and purpose in their lives. A new sense of self with increased self-esteem is reported. Experiencers also show a marked change in their attitude, not only toward their life but toward others as well. They tend to be more open, caring, and loving.”

If a near-death experience were a form of therapy or a personal growth workshop, it would be the most effective transformational tool ever created.

My own life path changed dramatically after I recovered from my encounter with death.

Unfortunately, near-death experiences have a major downside: you need to almost die to get their positive effects. But might there be another way to receive its many benefits without having to almost die? I wondered about that, and was willing to explore if such an experience could be had at a much lower “cost.”

As a psychotherapist and professional speaker, I had ready access to a lot of people seeking transformation. Like a mad scientist, I went about trying different ways to “induce” something like a near-death experience in the people I worked with. For years, my efforts led to mediocre results. But over time, the various ingredients that could bring about something like a NDE gradually emerged.

Eventually, I created a 20-minute hypnotic induction process that involved brainwave entrainment sounds, evocative music, life review, and even a sense of encountering something beyond oneself. I took this experience into my corporate seminars, and the results were amazing.

Participants who underwent this experience often reported they truly felt like they had died and been “reborn.” There were often tears of regret for what they had not done, and finally tears of joy for being given another chance at life.

Over time, I received an abundance of emails from folks who said their life was changed from this 20-minute experience. Amazingly, it seemed the brain could be “fooled” into feeling it had been through a near-death experience, while sitting in the comfort of a church or corporate auditorium.

One day, a participant who went through my “guided near-death experience” asked if I had a recording of it. I did not. I always thought an important ingredient of the experience was carefully preparing my audiences before they underwent their inner journey. It ends up I was wrong about that.

Using special brainwave entraining sounds, I soon learned that a professional recording of the “meditation” is even more powerful than the live version. When at home, people feel safer and less inhibited, so they typically go more fully into the experience than when they’re with a large group. As with the guided experience I led for groups, nowadays I get frequent reports of how this “virtual” encounter with death quickly transforms people’s lives.

In Western culture, we do our best to hide from death.

That’s such a shame.

The knowledge that our time on Earth is limited can be a great motivator, propelling us to live each day with a new sense of urgency and commitment to our deeper values. If we hide from death, we are hiding from perhaps the greatest catalyst for personal transformation ever created.

Fortunately, death is all around us. While most of us won’t have a full-blown NDE, there are other ways to reap the benefits of knowing we have limited time on Earth. For example, we can contemplate our death, we can listen to a guided near-death meditation, or we can simply be with people close to death.

Facing death—in whatever way we can—is clearly a powerful tool for change. It’s time we use this knowledge to be with experiences and situations that help us face our mortality and propel us into a deeper appreciation of life.

We could all use a little less fear of death and a little more love and gratitude in our lives. 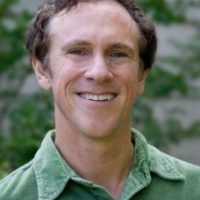 Jonathan Robinson is a best-selling author, psychotherapist, frequent Oprah Winfrey Show guest, and the creator of the Near Death Experience. … Read full bio