What my Life looks like when I Cut the B.S. Out. 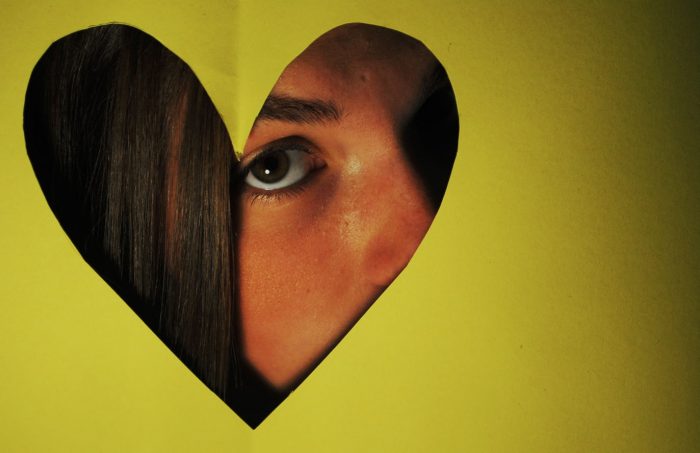 We tell ourselves a lot of lies to get through life.

I don’t blame us…sh*t is hard.

One day, you think you have it reasonably together—well, as long as you’re not scrolling through Instagram comparing yourself to half of your feed, who are posting beautifully tanned body shots of themselves in Bali on their self-discovery journeys. And the next, you wake up to discover you’re creeping precariously close to the 40 line, divorced, still single, and honestly, kinda lonely, diagnosed with a life-altering disease, and not anywhere near starting a retirement savings plan.

And compared to many, I’ve got it pretty easy right now.

So of course, we need our coping tools. We whisper little fibs to our hearts and minds to soothe and distract.

But deceiving ourselves isn’t doing us any favors.

I don’t discount that sometimes, we need to do whatever gets us through. And maybe I’m just a rip-the-Band-Aid-off kind of girl, and I know that’s not everyone. But when it comes to lies that only seem to mask the pain, or push it away briefly, I’d rather play the long game and cut the bullsh*t to begin with.

These are the three major lies I’ve been telling myself lately, and what I’m saying instead:

1. If my circumstances were different, I’d…

I’ve been telling myself this B.S. since I graduated high school. If I wasn’t in poverty, I’d have saved money for my son’s tuition. If I wasn’t a teenage single mother, I’d have a university degree. If I hadn’t moved, I would still have friends. If I was skinny, I could find love again. If I wasn’t so socially awkward, people would like me. I console myself, believing that whatever was beyond my reach was out of my control anyway.

The truth I tell myself now: I make my own damn circumstances.

I’m losing the weight, which is beginning to boost my confidence. I’m working for a beautiful, mindful, world-changing publication, degree or not. I’m supporting my son all other ways while he’s in school (and paying his own tuition is actually good for his sense of accomplishment and responsibility). And, well, I’ll probably always be a bit of a dork, so I might as well f*cking own it.

Look, I’m just as tired as the next person of those “never say can’t” motivational messages…but there’s truth in them. Whenever I have desperately wanted something that I pull out all stops to make happen, it happens. I could definitely have earned a university degree as a young mother, and there’s still time to figure out how to retire in 20 years. What’s really stopping me, but myself?

You know the feeling—when you can’t believe someone would be so incredibly heartless, cruel, selfish, mean. They’ve done something hurtful, and it’s unprovoked, out of the blue, and unjustified. You feel frustrated, misunderstood, maybe a little traumatized. And you have no choice but to just let it happen.

I’ve felt this way a few times in life, to varying degrees. And I know for sure that I like to feel in control (what a sham!). So, when I have no choice but to accept a hurtful situation, when I have no control over the outcome, I tell myself karma will get ‘em. I mean, I don’t actually really believe in karma. So, maybe I think the universe will get them. Something bad will happen to right the balance. Whatever.

The bottom line is, I turn myself into the victim, and the offending party into some evil entity who, in a comic book world, would eventually end up bound in webs and tied to a streetlamp, waiting for the coppers to show up—because Spidey (cough, karma) will get ‘em.

Well, that just doesn’t happen. People who hurt us go on to live wonderful lives. And guess what? We’ve probably been that hurtful person to someone else. Should karma get us, too?

We’ve all heard this one, but it’s constantly saving my ass from a downward spiral of self-pity. I remind myself that there’s no such thing as righting a balance in this world. Ask anyone who’s grieving an unexpected death.

I think about why people do the things they do, and one hundred percent of the time, I begin to understand the why, even if I don’t agree with the action. Maybe it’s a misunderstanding. Maybe those hurt people in our lives haven’t healed yet.

It’s a lot harder to accept the truth that there are no evil people in the world who deserve to be got, and that we all f*ck up. But that acceptance is just as healing, if not more, than wishing for a piano to drop on someone’s head. It adds ice to the fiery anger, a salve to the wound. Plus, then you start to apply that same principle to yourself, and that’s a pretty huge bonus in my books: self-forgiveness.

One of the best things I’ve learned in life is to argue with myself. This one is short and sweet, but pretty impactful.

Every time I am sure I’m right about something, I do myself the favor of proving me wrong. Whether it’s during an argument with my brother about whether producing equipment for solar energy is cleaner than burning oil, or I read a political tweet that sets me off on a rant, thinking my opinion is superior. (And I have embarrassed myself quite a few times, typing before I think.)

The truth I tell myself now: ask questions.

Prove yourself wrong to see if you’re as right as you think. Put yourself on the other side of the rink and see if you can score a few for the other team. Sometimes, I find out how dead wrong I am. Sometimes, I’m half-wrong. It’s allowed me to say those words a lot more often, which is humbling and character building on its own: I was wrong.

Doing this only makes me smarter, more understanding, and more compassionate.

The Lies I told Myself. The 6 Biggest Lies we’ve all Told.
See relevant Elephant Video