“I am a Reducetarian.” A Positive Way to Reframe our Food Choices. {Partner} 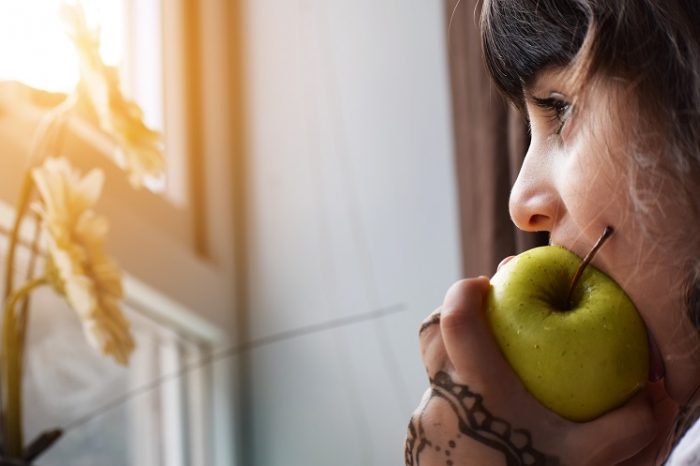 This article is created in partnership with milkadamia—they’re dedicated to helping everyday people make food choices as if the well-being of the Earth depends on them, every day. Elephant could not be prouder to work with them. ~ ed.

“To eat meat or give it up is not the question. The issue isn’t all black or white.” ~ Ina Yalof

Eleven years ago, many of us didn’t even know what a vegan was.

I remember feeling inexplicably awkward when my cousin declared himself and his girlfriend to be vegan. “Oh,” I said, mentally chalking it up as some kind of weird hippy thing.

Back in 2008, many of us were equally clueless about carbon dioxide levels in the atmosphere jumping to 392 parts per million (ppm), the highest for 650,000, probably even 20 million years. (1.) For those don’t know, the safe upper limit is 350ppm.

A lot—and nothing—can change in 11 years.

In 2019, we’ve hit 408ppm and words like “vegan” and “climate change” have become commonplace. Yet, the conversation about what we put on our plates remains divisive, even among environmental activists.

If we know that animal agriculture is responsible for 18% of all CO2 emissions, why are vegans still in the extreme minority?

Could the all-or-nothing way we’re thinking and speaking about our dietary choices be part of the problem?

Brian Kateman, cofounder and president of the Reducetarian Foundation, believes it is, and this belief is the driving force behind the Reducetarian Solution—a way to finally get vegans, vegetarians, and everyone else working together.

“The steadily increasing metronomic backbeat of our times is that of eco-anxiety. The need to reduce our footprint upon the earth cannot be over-emphasized. We are all in this together.” ~ Jim Richards, CEO, milkadamia

Over the past 11 years, as I’ve become more aware of both the environmental impact of eating meat, dairy, and eggs and the animal suffering involved, I have reduced my animal product consumption to nearly nothing.

Any animals products my family does consume is from local, ethical, small-scale farms run mostly by people I know personally. Yet, I still tend to feel guilty and awkward when speaking to those who’ve gone fully vegan.

Since I discovered the Reducetarian Solution, the way I’ve been thinking and especially talking about my choices has changed, and I believe for the better. It’s created a sense of excitement and passion in me about every plant-based choice I make, rather than guilt over the changes I’ve yet (or possibly never) to make.

The logic behind reducetarianism says this schism between vegans and non-vegans is doing more harm than good.

Brian explains his theory like this, “Two people eating half as much meat spares as many animals from a lifetime of misery as one vegetarian. It’s great that we are seeing an increase in the number of vegans, but the majority of people in the world still consume meat. To be effective in saving animals, we cannot preach to the choir—we must find ways to engage meat eaters, even, and especially those who have no intentions of becoming a vegan or vegetarian at this point in time.” (3.)

Reducetarianism is about bridging that gap between those who make the leap to entirely plant-based and those who are somewhere on the spectrum of mindful eating.

Surveys have also shown that those who reduce their meat consumption, even in part at first, are more likely to go on to eliminate it entirely, though this is not the ultimate goal of reducetarianism.

“I am a reducetarian,” is a way for those of us who are committed to doing better for our animals and our environment to positively identify ourselves rather than making excuses. It’s more effective for us to work together to improve our choices, than to focus on where we differ.

Wherever we identify on the spectrum of mindful eating, doing something as simple as using plant-based products like milkadamia’s macadamia nut milk, creamers and (soon to launch) butter is one such easy way to reduce our footprint on the earth, as they taste yummy enough to be preferable to dairy based on flavor alone, and they make perfect substitutes for baking, cooking, or drinking straight up! 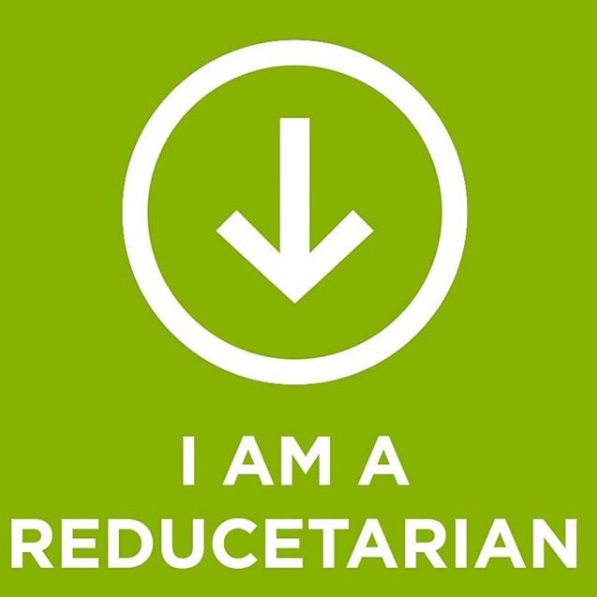 Brian maintains, “Each meal is a choice. Together, we can make a meaningful difference in the world by simply eating less meat. Every plant-based meal is one worth celebrating.” (4.)

This approach aligns vegans, vegetarians, and those who simply strive to eat less animal products; bridging the gaps between our choices with a common intention rather than alienating all non-vegans—which is, essentially, 97% of the population.

“The case for vegetarianism is strong, and for veganism even more powerful. Yet many meat eaters—myself included—are for various reasons not yet able to make the necessary shift to better alternatives. Reducetarianism offers practical steps to address the environmental and moral concerns of our animal-consuming lifestyles. Reduction may not be better than cure, but it is certainly better than denial.” ~ Maajid Nawaz

There’s power in the words we use.

Recently, The Guardian announced it was no longer going to use the term “climate change.” It now refers only to the “climate crisis” or “climate breakdown” in an effort to wake readers up to the urgency of the situation.

Since Greta Thunberg’s “Our House is on Fire” speech, many of us have stopped speaking about “global warming” as if it were some sort of cozy phenomenon. There has been a shift in consciousness evident in the millions of people who took part in the largest climate action in history on September 20th and 27th. People who have never gone on strike for anything before (including me) were out on the streets.

In the same way, reducetarianism hopes to change the way we’re speaking about our dietary choices, bringing people together to tip the global scales toward a more plant-based future, which, given the statistics, seems to be a much more realistically effective solution than veganism or nothing.

“Anything that nudges us towards making big changes, one step—just one meal—at a time, is a powerful thing. Food interacts with pretty much everything on the planet: our health; the economy; the environment. Small changes can make a huge difference to our health—and the health of future generations.” ~ Jamie Oliver

Bringing plant-based to the average person. 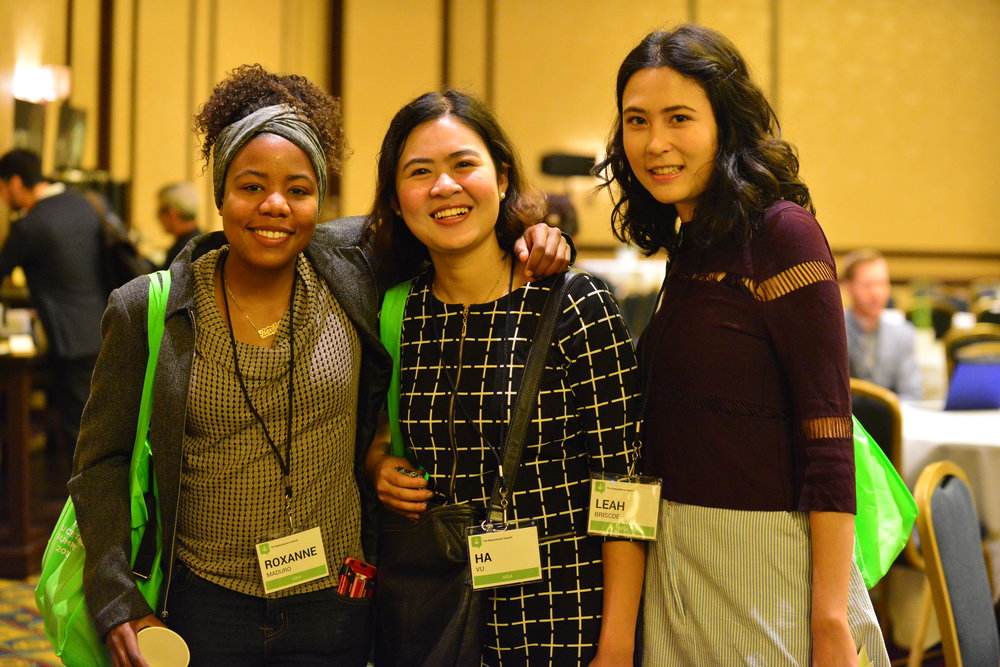 On September 27th – 29th this year, the third annual Reducetarian Summit opened conversations and showcased solutions for how we can all lessen our impact, together.

“This year’s Reducetarian Summit has been our biggest and most impactful one yet,” said Brian. “Together, over 600 passionate and talented trailblazers explored the most promising strategies for reducing societal consumption of animal products relegating factory farming to where it belongs: in the dustbin of history.”

Plant-based companies like milkadamia are getting on board with efforts like this to make mostly plant-based eating accessible to more people—because what’s the point in preaching to the choir?

Brian says, “We’re thrilled that innovative plant-based companies like milkadamia understand the importance of the Reducetarian Summit. One key strategy toward advancing our shared mission for a more compassionate, sustainable, and healthy world is making plant-based foods and beverages convenient, affordable, and delicious, and milkadamia is at the helm of this exciting marketplace.”

Christina Downey of milkadamia, who attended and spoke at the summit, said what she was most intrigued with was the concept of Horizontal Hostility.

“Horizontal hostilities occur between groups whom one would expect to have close affinities. They surface when challenges are made to the status quo. Passionate and extreme, radical groups work hard to build coalitions that will further their cause. Unfortunately, coalitions are inherently unstable, and collaborators often bicker over how best to achieve their common goal.” ~ Psychology today

So this is the phenomenon of vegans and vegetarians arguing about eggs or honey, and vegans, vegetarians, and flexitarians fighting among themselves versus banding together over what they do agree about: reducing our meat consumption. The fact that the percentage of vegans has not actually shifted dramatically in past decade, but flexitarians have and are making a huge impact is proof enough that we need to practice Horizontal Harmony instead.

If we can just get more people to stop eating meat two to three times a week, the impact on animal welfare and the planet will be enormous!  Besides, for many, the path to being a vegan is through starting a flexitarian lifestyle then moving to vegetarian to ultimately choosing vegan. If, as vegans, we vilify the stepping stones, we miss bringing more into a vegan life.

If you visited the Reducetarian Summit, let us know in the comments what your thoughts and impressions were.

Or pledge to become a reducetarian here.

One easy way to start is by reducing your consumption of dairy products. Milkadamia offers a creamy, delicious alternative that even baristas love because it froths with the best of ‘em.

We have another 11 years left to reduce and reverse our carbon emissions enough to halt climate disaster. A lot can change in 11 years. So can we.

“The Reducetarian Solution has transformative potential for our planet because it puts change within reach of everyone, not just the most zealous or the most committed. After all, no one is perfect, and given that, simply being better is the best any person can do.” ~ Christian Rudder

2/4
Old answers are old answers. Let’s search for new expressions of what we think food should be, Milkadamia believes in #mooismoot + #freerangetrees + #regenerativefarming.
Find milkadamia near you
< Previous Next >

3/4
The vanilla creamer is a fave, but some like to keep it simple, so milkadamia's new plain creamers are ready to ship out! Should hit natural food stores by end of November.
Find milkadamia near you
< Previous Next >

4/4
Butta-bing butta-bloom, milkadamia butta is comin' soon!
Find milkadamia near you
< Previous Next > 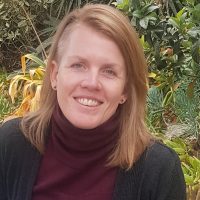