I am a Christian—& I Stand with Planned Parenthood. 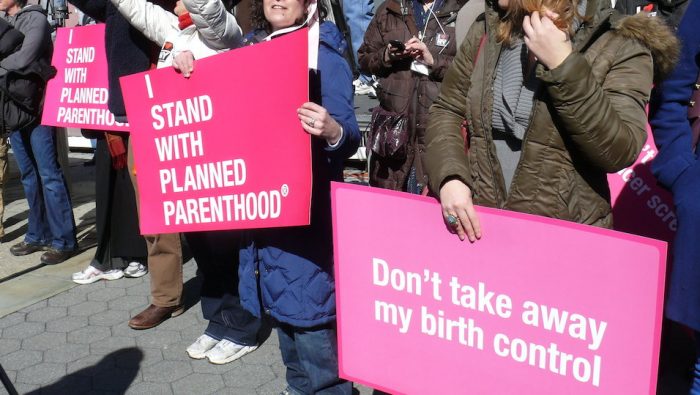 And to some, that might be offensive, off-putting, or comforting.

My faith has provided me with perspective that not everyone is the same.

There is a fundamental thing about my faith that I full heartedly accept; I believe Jesus came and died for my sins, because I am human and in desperate need of a savior. The power that rose Jesus from the dead three days later is the same power that lives in me through the Holy Spirit.

While I am a woman, a faithful woman, a woman who believes that our differences actually unite us, and a woman who is Christian and who supports the work of Planned Parenthood, I see how this can be confusing.

Let me just confirm all of these stereotypes.

There are Christians who are all of the things named above. You’ve met them. I’ve met them. We have all met the Christian who makes you feel less-than.

I believe that the purpose of Planned Parenthood is not to kill babies.

I believe their mission of providing access to sexual healthcare no matter who you are, where you come from, and how much money you make or don’t make is supporting a mission that Jesus walked this earth for. Providing education for women and men to take ownership of their own bodies. Providing women with the empowerment to say no and stick to her boundaries. Allowing access to contraception and actually looking at the widespread epidemic of unhealthy ideas of sex head-on, instead of turning a blind eye while thinking, “If everyone could just be with one sexual partner in their life and wait until marriage to have sex, everything would be fine and abortions wouldn’t need to happen.”

Planned Parenthood provides so much more to our communities than just abortions. This establishment allowed strong women, who were ahead of their time, to stand up and take ownership of planning their families. This provided them with the choice.

So with them, I stand.

Your job is to tell your story. Our job is to help you find your voice and share it with our world. Spend 8 weeks writing your heart out, connecting with your readers, and honing your craft.