A Christmas Story of Love

“Why do I want the guys who are wrong for me, and am I bored by the ones who would be right?”

It was exactly that kind of judgment that Jesus called out in the Priests.

Once, there were two sisters.

The eldest wanted a stable marriage, found a respectful man who adored her, and had the most beautiful wedding in the world.

Everyone admired the couple and assumed they would be happy ever after.

The second sister kept falling in love with men with a dark edge. She would be radiating and sharing how amazing their love was, a true soul connection, but everyone would already be seeing what came a few weeks or months later: he betrayed her, wouldn’t commit, cheated, and she ended up desolate.

Everybody secretly judged the younger sister and thought the eldest was so much better off.

Until a few years later, when there were 2 kids, and the husband suddenly went off with a younger woman and left his wife and kids.

Truth is, both sisters held part of the secret to love, but neither understood love.

We can put a ring on our finger, but we can’t tie love down.

At Christmas that year, the two sisters had no husband or lover and celebrated together.

For the first time the elder asked the younger about why she had never wanted the kind of marriage that she herself had had.

The younger sister answered: “it feels so suffocating, as if I couldn’t explore all of who I am.”

The elder realized she didn’t know all of who she was – and neither did she know who the man was who had been her husband.

Looking at the little lights in the tree, she wondered… who was there behind the ever loving, caring and adoring man she had known?

She had for some time before the breakup been noticing she had started taking him for granted, and had been secretly fantasizing about wilder men… but had wanted to deny that, it didn’t fit in, and she had never said anything.

She wondered now for the first time what had been going on for him, and whether he had felt what she was feeling?

On an impulse, she grabbed her phone and invited her ex to talk, letting him know she realized she had not been fair to him and wanted to open up.

To her surprise, he came right over.

As she shared all this with him, next to the Christmas tree, her voice first trembled.

But as her eyes darted to his face, she saw that he wasn’t angry, wasn’t impatient.

In fact, as she continued she saw tears glistening in his eyes.

She realized she wanted to take his hand, and that she had actually never taken his hand like that, not even when they were together.

Shyly she said: “I’d like to take your hand, but I’m not sure of you’d want it”.

Just as shyly, he offered his hand to be taken.

Then he looked at her and said: “you know, I realize now that I have been waiting to hear this from you for many years. I loved you so much, I adored everything about you. But somehow, the spark within the love disappeared. It wasn’t that you did anything wrong. I blamed myself, and tried harder. And my heart just got more and more dull.

Then she came along, my heart jumped back alive and I couldn’t but follow it.

But it died quickly.

And now, I see that I shut off my own heart, because I wanted to protect you and didn’t tell about how I felt.”

Christmas is about the renewal of love, and that moment, love flared right back up.

The younger sister witnessed it, and suddenly realized that she had been looking for men with a dark edge, knowing that with them she would never find this suffocating complacency that she feared.

But she realized now, that with them she would neither ever find this healing that she witnessed here between her sister and her brother in law.

And then it flashed upon her, she had secretly been judging her sister for playing it safe, but actually she herself had been playing it safe in a different way. Because with the non committers she chose, she would never have to have a conversation as open and vulnerable as her sister had just done.

And she would never discover what was on the other side of such a conversation.

She remembered a guy who had reached out on a dating app, and that she had brushed off because he seemed too dull.

But actually, he had many traits she was looking for.

She wondered what would happen if she would be just as honest as her sister had been.

She chatted to him: “I want to be honest with you. You look like a great guy, but I had friendzoned you immediately. But things are shifting in my life and it made me wonder, if I did that because things might actually work out between us and that just scares me and I have no idea really how to do love.”

She assumed she would never hear from him again.

But half an hour later, she got a message back: “wow, thx for being so open, this is my best Christmas gift. And honestly, I don’t know how to do love either. But you sound like a woman with whom I could learn”.

Reading his message gave her a feeling she hadn’t had in a long time. It wasn’t exactly butterflies. But it certainly wasn’t boredom either. As she pondered it, she realized it felt like a call for a big adventure with a man who wouldn’t drop out halfway. She messaged back: “you know what, this is starting to feel like a call for a big adventure. And it’s weird to say, because I don’t know you, but it feels like you wouldn’t drop out halfway”.

And 5 minutes later she added: “and that feels really special and exciting”.

She kind of trembled. And she realized she was finally doing what she had avoided all along: opening up to love.

The two sisters cried and laughed together, and they hadn’t felt so alive in years.

That Christmas night, they promised each other and themselves to get a mentor to help them stay at this level of intensity, and that’s how I got to know their story.

Love is an initiation.

Love needs to be renewed, and we do that by stopping the judging and assuming, instead taking risks and being you.

Each time we do, we create that Christmas energy.

PS and in case you wonder, the eldest sister did come together again with her husband, and they have so much more fun and passion… and honest conversations. The younger did continue with this new man, she’s pregnant of a boy and they’re thinking to name him Christian. 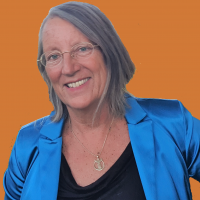