The One Thing Last Night’s Debates showed us it is Time to Do. 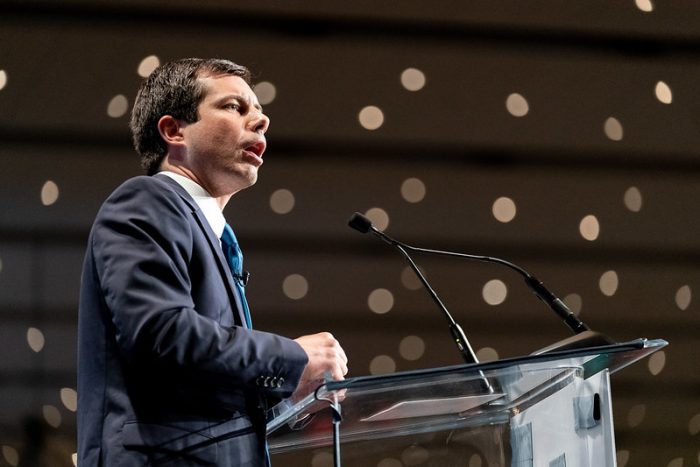 We welcome all points of view, as long as helpful and respectful and fact-based. Contribute your thoughts, if so inspired, here—our mission is to bring all together in mindful discussion, so that we may learn, share and listen. ~ ed.

More: Please Vote, Even if it’s not for Bernie.

It was another wild night for the Democrats. Shouting, interrupting, insulting, and not paying attention to the time limits.

Amidst the mudslinging, one candidate took a different approach than the standard.

Per the usual, straight out the gates, Bernie played “the billionaire card” against Bloomberg. The former mayor of New York City responded by accusing Sanders of being supported by Russia. Biden questioned Bernie’s standpoint on weapons. Warren reminded everyone that Bloomberg spent money on getting Lindsey Graham and other Republicans elected into the Senate. Klobuchar stated that Bernie’s universal health care is unrealistic, and spat out the number $60 trillion.

And so on, and so forth.

When it came to foreign policy, everyone agreed on the importance of international relations. A brief moment of unity. Then, verbal assaults on foreign leaders. But if there were a prize for the biggest accusation, Elisabeth Warren would have won it with her claim that Bloomberg encouraged women in his company to have abortions in order to keep their jobs.

Denial. More accusations. More denial. Whether any of these things are true or not, all of them are almost certain to serve Donald Trump’s campaign. All the stuff that came up in Tuesday’s debate is a gold mine for Republicans.

Why are the candidates doing this to each other? Is it so hard to point out different priorities and offer a vision without throwing dirt at each other?

What’s overlooked is that all of them represent the same party. All of their policies point in the same direction. There are only a few disagreements about priorities and what is realistic or what isn’t. There is no need to slander each other.

Let’s not forget: Whoever gets elected will still have to deal with a Republican Senate for some time; change is not going to come over night.

It is about “getting it done,” as almost all candidates expressed, but the first thing that needs to actually get done, is winning the election against Trump.

One person took a different approach in Tuesday’s debate.

Some say that he is not passionate enough, others say he is brave enough to be openly gay, but at the same time doesn’t use his sexual orientation as an argument to win voters.

Of course, you already know who I am talking about: Mayor Pete.

He admitted to not knowing what it feels like to be a person of color, but reminded everyone that he knows about weapons, because he is the only veteran among the candidates. Attacked for accepting billionaire donations, he pointed out his grassroots campaign and used a joke to direct people to his website. Talking about education, he mentioned that his partner is a public school teacher and pointed to how that shaped his perspective around the topic.

Most importantly, this young man reminded all of us that it is not about destroying each other, but about repairing all the damage that has been done by the Trump administration.

I am not saying that he has to be the candidate, but he had a good night.

Maybe it is time to not limit ourselves to one candidate, but to observe carefully how things are unfolding.

There are some serious allegations out there and we should find out what they are all about.

It is not easy to remain presidential when others throw dirt at you, but Pete, throughout it all, presented himself as a moderate candidate for all Democrats. He not only remains in the race, but became someone to look out for.

I think he is the big winner of the night, but this is just a moment in time. The spotlight now turns to him; we will now see how he reacts under attack.

It is going to go back and forth. The most important thing is that we start focusing on the policies and not personalities of the candidates and be open to changing our minds.

Are you open to changing your mind, or have you already made your choice?