When did Guiding Babies into the World become so Mechanized? 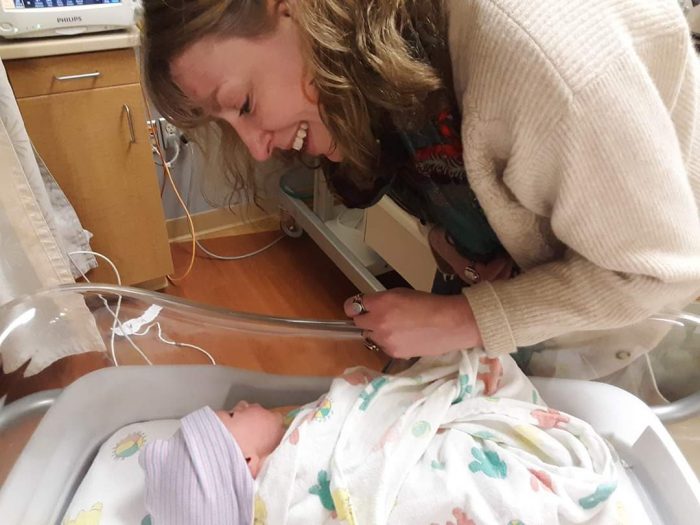 “Mother is the name for God in the lips and hearts of little children.” ~ William Makepeace Thackeray

Amidst the joy of meeting my granddaughter, I have been baffled and angered by the handling of her postnatal care.

Imagine this: You are floating in a dark, warm world. You have no sight. The most consistent sound is the rhythm of your mother’s heartbeat—whoom, whoom. As you’ve grown, your ears have developed around the sound of her voice. Your world is her world, you do not exist without her, and suddenly she is gone.

People say that babies do not know what is happening, and from a conscious, cognitive stance this is true. But we carry somatic memories, as well as conscious ones. Our hearts generate electromagnetic fields that are constantly mingling with each other’s. Energy affects our nervous systems, our ability to regulate our emotions, our mental and neurohormonal health.

My granddaughter was born blue. Her cord had been wrapped around her neck much in the way her mother’s had been when I had birthed her. The medical team had thankfully gotten the baby breathing, then—ever so briefly—laid her on my daughter for a moment of skin to skin contact before rushing her off to stabilize her vitals. They then took her to the nursery where she had remained even until I arrived hours later—in a sterile, infant container (a plastic bin), wires running from her tiny hand to a set of beeping machines.

Every fiber in my being tells me this is not the way we are meant to come into the world.

Though this setting cannot steal the awe of gazing into my granddaughter’s tiny, ancient, holy face, her shock quickly became mine.

Entrainment is the natural synchronization between separate systems through which they become harmonized. Heart coherence occurs when heartbeats and brainwaves harmonize. This is a documented state between infants and mothers. Babies are incapable of self-soothing, neurologically or emotionally. They need contact with a physical human being to develop an ability to self-regulate later in life, and those first hours after being ejected from the warm, safe womb is a crucial time for bonding.

Watching my daughter bond with her daughter—my heart bursting, my soul melting through my eyes as everything blurred and sharpened—was one the most significant scenes of my life. The bright lights let me steal some stunning photos, but Junebug’s eyes were clearly offended. Both she and my daughter were exhausted from their ordeal; not hungry, not ready to nurse. We sat with the baby in the nursery for an hour before returning to the hospital room, which at least had a window overlooking the parking lot, dominated by a looming, snow-covered mountain.

Beyond emotional bonding, there is also an exchange of pheromones that attune mother and baby to each other. Mother’s milk changes over time, adapting to the baby’s growth and health. Some research has found that the saliva of the infant acts as a cue to the mother’s body, initiating immune responses to help optimize her breast milk. Yeah, bodies are amazing. Though humans have developed machinery and sensors to mimic this, there is no substitute for our own organically, intelligent design. This is a bond that has been perfected by nature through millennia of evolution.

The doctor entered the room and began talking to my daughter in doublespeak. He said they did not want to bring the baby into the room because they had concerns that she was not eating. Yet, my daughter is breastfeeding. She is literally her daughter’s source of food. And it is a proven fact that mothers’ and babies’ bodies respond to each other when they are in close proximity. He then said, it was natural for a baby to not eat immediately, especially after a traumatic birth. Then—as if to contradict everything he’d just said—he said they were going to feed her sugar water through her IV.

I held my tongue (this is my daughter’s experience) and listened as he wavered back and forth between telling her that what the baby needed was what she was fully capable of providing—rest and nourishment—and how in spite of this, he was going to keep the baby in the nursery. Oh, but she was welcome to visit at anytime.

My daughter was visibly distressed. She wanted her baby with her. Once her vitals had been stabilized, I could not see the reason for keeping them apart. In fact, based on what we know scientifically about infant development, what they were doing was completely counterintuitive.

Babies’ brains are primed for being carried. They have developed in an environment that is mobile and are used to the rolling movement of their mother walking. Their vestibular apparatus is attuned to this, that is why movement soothes them.

Leaving an infant unattended—or lying in a plastic container—can contribute to a higher ACE’s score for infants, which later in life can lead to developmental and health issues. If you’re unfamiliar with the term, ACE, it stands for Adverse Childhood Experiences. Early life trauma can have a lasting impact on our mental, emotional, and physical health. One of the most significant traumas is abandonment. Though an infant can somatically sense a person’s presence—or the absence of it—they cannot cognate whether that absence will be permanent.

Though I will not pretend that pre-modern birthing or medicine were in any way perfect, I will say that we have lost touch with a more organic, more instinctual way of relating to both life and death.

I can’t help but wonder, when did guiding babies into the world become so mechanized? One rather obvious answer is profit.

There is a big difference between the cost of a natural home birth, or a hospital birth. One survey says nearly a $3000 difference. All that hospital equipment costs money, and they then feel compelled to use it. There are, inarguably, benefits to modern medicine. There is also a separation from nature and personal accountability, as well as an over-reliance on drugs and machinery to do what our bodies—with proper nutrition, rest, and support—are capable of doing.

I don’t have any catchall answers for the lack of tenderness being shown to the most vulnerable members of our society. I will offer this reminder: a machine may be able to decipher useful information, but it cannot show warmth or empathy. It cannot replace human kindness.

We must be vigilant that we do not allow our comfort with and dependence on technology to replace our real and much older interdependence and need for physical connection and communication with each other.

We must all find ways to care, to keep the natural alive and relevant, to challenge the artificiality in all of our systems, and keep our humanity in the forefront of our values. 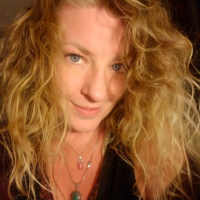 Justice Bartlett is a lover of love, and a lover of words, life, Nature and communication. As a healer and hypnotherapist, she does not put people into trance, she takes them… Read full bio