Why a Good Metaphor is a Yoga Teacher’s Best Friend. 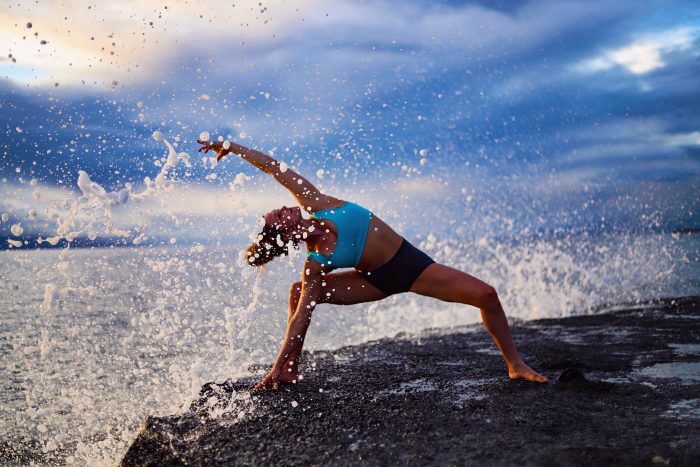 If a picture is worth a thousand words, what is the worth of words that can paint a picture?

Symbols become poetry and science becomes art with each linguistic stroke. Anyone who has cried, laughed, become terrified, or even aroused at the right formulation of letters to words, and words to stories, knows the power that lies within the intentional use of language. This is the difference between literary and literally. Or, as Picasso defined art, “the lie that helps us see the truth.”

Our brains tend to lean toward metaphors and analogies over text book facts. Anyone who has reread the same page numerous, nonabsorbent times knows this delicate dance between a teacher and a student. Similar to the brain processing a hundred billion visual signals every second, “…the biggest part of seeing isn’t receiving visual images; it’s making sense of them,” Bill Bryson points out in his book The Body. Likewise, the biggest part of understanding body movement isn’t receiving in-depth anatomical instruction, it’s making sense of it.

Some of us consider ourselves to be more left-or right-brained, but we all house a full human brain, and the factual mechanics of the whole brain—whether we identify as a creative person or not—could label us all as a “poetic species,” as implied by Pulitzer Prize winning scientist, Edward O. Wilson.

“Elegance is more a product of the human mind than external realities…The mind therefore specializes in analogy and metaphor, on the sweeping together of sensory experience into workable categories labeled by words and stacked into hierarchies for quick recovery.” ~ Edward O. Wilson, Biophilia

If our purpose is to imprint versus impress, then our concern lies in the absorption of what we are communicating. In this case, comprehension isn’t so much in the ear of the beholder; it’s not that one student is a sponge and the other made of rubber. Instead, comprehension lies in the art of the teacher’s language.

“How useful is a creative idea or a valuable fact if you can’t communicate it?” ~ Daniel E. Lieberman, The Story of the Human Body

Lieberman refers to humans as “a uniquely silver tongued species.” Our key to quickly understanding and applying new information is to relate it to something that is already familiar to us. This is a bypass in the mind’s highway, and a key to quick application of what was previously completely foreign.

When it comes to yoga and body mechanics, it is not only receiving and understanding new information that is key, but also communicating these ideas from brain to body.

To relate to something familiar might sound obvious, but to continue that communication within and automatically apply it physically creates an inward and outward challenge.

That is the beauty of language. With it, we can create art in the mind and body. Sometimes opposites attract and, in this way, the scientist and the poet are the perfect match.

“At the moment the spark ignites, when intuition and metaphor are all-important, the artist most closely resembles the scientist…each in its own way seeks power through elegance,” ~ Edward O. Wilson, Biophilia

This concept of using metaphors and analogies in teaching mind/body mechanics so that students can absorb and apply them immediately is an artistic and complicated endeavor. As a Yoga Medicine Therapeutic Specialist within a highly anatomical program, my science side is nurtured. As a writer with a BA in Journalism, my creative side is curious about how I can use the art of language to be a better teacher of matters of science. This is especially important with populations that have a mind/body disconnect or are experiencing a lack of mind/body awareness. It is, after all, my job to try to reconnect those disconnects and form a union.

In the over 5,000-year-old practice of yoga, isn’t this the language proposed from the start? You will find metaphors and analogies in postures or asana names, within Yoga Sutras, and throughout The Bhagavad Gita for example. Sometimes the comparison is obvious as in Bharmanasana, or Table Top position. This is also the case in the asana Bhujangasana, or Cobra Pose, which is translated to a snake or serpent, bending or eating. But it is only obvious if a person is familiar with that animal and its behavior.

Sometimes it is less obvious, as is the case with Gomukhasana, or Cow Face Pose. It is a matter of translation, which isn’t always perfectly accurate, but just enough so to see the picture being painted—each word a brush stroke. When it comes to using our first language, our canvas can become as colorful as we can imagine. Visualize yourself in table top position, and we want to puff up the upper back, so we let it rise like a hot loaf of bread, melting the shoulder blades away from the spine like butter.

There definitely is a beauty in original language, and especially one as old as Sanskrit. There is a beauty within a universal language as well, which I consider to be the Sanskrit we use throughout the world in the practice of yoga and specifically asana.

Imagine the connection, the union, the Samadhi you could experience walking into a yoga class in a foreign country where you do not speak or understand the language. You can still understand the class and be connected to all the others absorbing the same lesson in the same space, as long as the original language of yoga is referenced.

Language is art, connection, and culture, and whether you use Sanskrit, English, or any other language, metaphors and analogies are within. I say this without going too deep into Sanskrit or the philosophy of yoga, but to humbly acknowledge and respect its tradition, beauty, and incredible communication system.

As a teacher, I am concerned with reaching my students effectively and efficiently. I have broken down the anatomy, dissected the parts of a posture or transition, and then molded it back to a whole. I’ve defined anatomical terms and demonstrated the specific anatomical movements. I’ve made charts and graphs. I’ve distributed this information in books, classes, workshops, and online programs. Now I wonder if I only reached a few when I could have connected to many.

What I am trying to say, Herman Weyl, the perfecter of quantum and relative theory, says better:

“My work always tried to unite the true with the beautiful; but when I had to choose one or the other, I usually chose the beautiful.” ~ Herman Weyl

It is true that when in a straight handstand, you want to protract and upwardly rotate your scapula, but is it beautiful? Does it melt into your mind and absorb into the body? It is being heard, but is it being understood?

It is harder to “contract the transverse abdominis, which is a deep muscle located on the anterior and lateral abdominal wall, mainly responsible for core stabilization,” than it is to “cinch around the midline like tightening a corset or squeeze the midline like a tube of toothpaste and lift the ribcage.” One is true and one is beautiful—“the lie that helps us see the truth.” This isn’t a choice of one or the other; the scientist and the artist are the union to connect us all to each other and to ourselves as long as we are willing to listen. 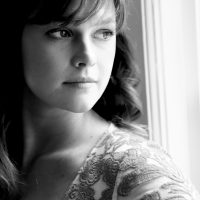 A Glossary of 34 Frequently Used Yoga Terms. 8 Blunt Truths About Becoming a Yoga Teacher. (Read this, If You Want Your YTT.) Yoga Snobbery: To Sanskrit or Not to Sanskrit? The 8 Yoga Instructor Archetypes.
See relevant Elephant Video