Screw the “I’m not afraid of the virus” Health Heroics. 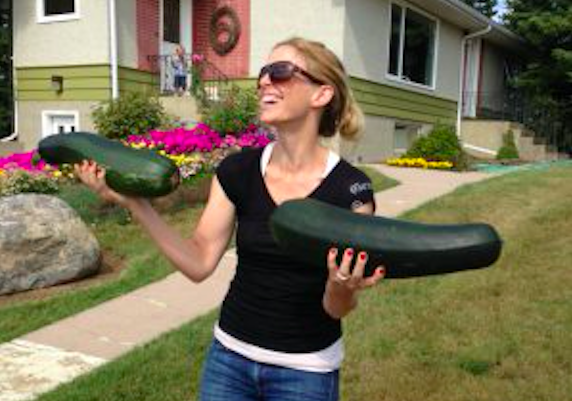 I’ve heard a lot of health heroics in the last week along the lines of: “I’m not scared of the virus.”

We don’t know what that virus is going to do in our body. Not even if we’ve been chugging probiotic drinks.

Let’s instead show compassion for those who are uncertain or uneasy, instead of competing over who can be the most stoic or heroic or brave.

It’s okay to think you are young and healthy and invincible: I once did too.

In August 2014, I contracted salmonella, something that is usually pretty benign and begins and ends like a bad night of drinking.

My body instead took it on like a Norwex cloth, sucking it in and not letting it go. I was acutely sick for six months, and it took five years to fully recover.

When I received a call about the test results, my public health agency representative even warned me that I had an “unusual strain” before letting me know that I would be sick for “four to six months.”

At that time, I told him that “I didn’t have time” for that. He responded to my sentence with a crackly moment of silence.

At the time, I held the opinion that this information was not applicable to me, no matter how true it may be for “other people.”

I believed that since I exercised (so much that I teach other people how to), consumed my Hulk-green-coloured daily superfood smoothies, took billion-strong probiotic capsules, was a plant-based diet vegetarian since the days of Atkins, I was healthier than his statistics. This, combined with my still relatively wrinkle-free age, farm-bred mental and physical fortitude, and blank health record, meant that there was absolutely no way that I was “average.”

Had you asked me, I was basically a damn health overachiever. I was one step short of an actual hero, one who would emerge as a remarkable proof-positive story of the power of decades of probiotics and green gunk and exercise.

It turned out that Alberta Health was right.

I transport these lessons with me to COVID-19.

Today, I believe that we can take all the supplements you want (and I still do), we can exercise (ditto), have a good positive mental attitude about life, do yoga, good deeds, and still have unpredictable responses to disease.

We can get sick and we can’t necessarily fully predict how sick we will be, even based on our perceived preventive measures or our previous health history.

I now recognize my own deep-rooted belief that “I exercised so I didn’t get sick” meant that I thought I was a better/stronger/smarter person than someone who fell ill.

Damn it, that’s a bitter pill to swallow when it isn’t true.

It doesn’t make us a bad person or a weak or lazy one. It just means our biology responds a certain way to a certain pathogen. And if it’s something we’ve never had before, we can’t really predict how our body is going to process that illness.

Health is not tied to our moral superiority when it comes to pathogens.

So let’s reevaluate these heroics.

It’s great to think we won’t be sick with COVID-19, and maybe we won’t be. Or maybe we will. But this isn’t all just about “other people.” Because I totally used to think I wasn’t one of the “other people” either, and I couldn’t have been more wrong.

Let’s allow space for people to admit being uneasy about COVID-19.

Let’s allow ourselves to fully admit that we don’t know how our particular body is going to process the virus.

We can continue solid health practices but do so because we like smoothies and exercise, not because we believe we are invincible or that doing so will make us statistically better than other people.

We can still go to yoga (in fact, I actively encourage you to take one of my online classes) and think positively, but also simultaneously allow space to admit that we do not want to be admitted to an ICU or require a respirator.

We can say any of this without inciting either fear or panic. We can mean this as a neutral statement of fact and make it okay to state that out loud to ourselves and others.

We can also try to be sensitive to the message we are sending when we pronounce your heroism and corresponding lack of fear.

None among us are actual health warriors.

Put down your swords and invite compassion to your heart. We are all just human, and there’s no value in thinking we are above humanity itself.

Misinformation is Rampant in the COVID-19 Pandemic: 4 Things to Know. 7 Self-Care Must-Dos as a Small Business Owner during Coronavirus. What if the Coronavirus is the Ultimate Pause & Reset Button?
See relevant Elephant Video