The Class That Changed My Yoga Teacher Voice. 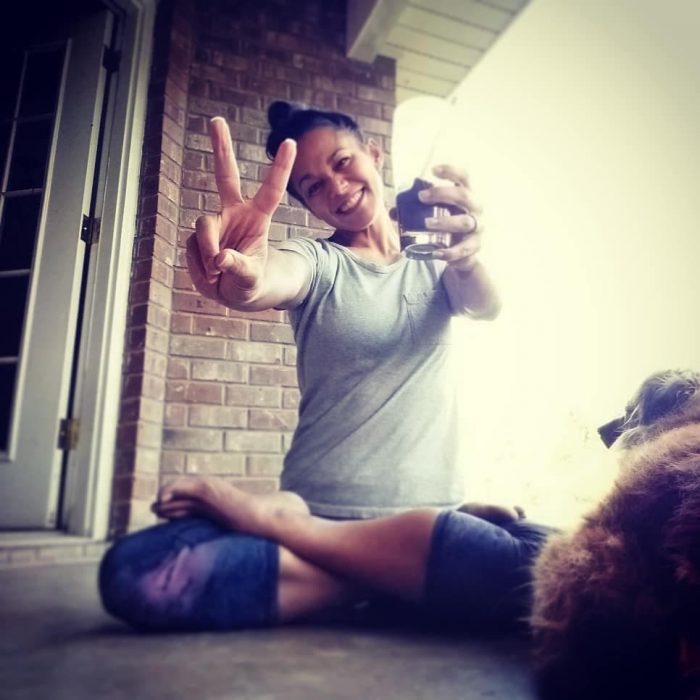 It wasn’t that long ago, maybe almost a year.

I needed to be in New Orleans to pick my daughter up from the airport—a five-hour drive from where we were located at the time.

I was starved for some hot yoga, so I found a studio in New Orleans and felt that after the drive it would be well deserved. It was a tiny studio down a filthy New Orleans side street (lets be real, all New Orleans streets are filthy, it’s part of the appeal). I was freakishly early, so I grabbed some pastry from a cute coffee house across the street from the studio. It was tasty and picturesque, I’m sure I posted a photo on Instagram.

The studio opened at the usual 15 minutes before class time, and I was the freak that was waiting at a noncommittal distance when the instructor moseyed up to the door. I clumsily entered with my mat, bag, and pastry package in tow, and we observed the tradition of check-in and the standard, “is this your first time with us,” pleasantries.

The place smelled of old oils and sweat. This spoke of good things to come in my brain. I had signed up for a ” 90-minute Warm Power Yoga,” and the aroma told me I was in for a good showing. The yoga room was quite lovely. Old, immaculately scrubbed, and a creaky wooden floor. The ceiling was painted white with Edison bulbs strung haphazardly from the beams. Two walls were white. The other two were frosted glass. Matching Blocks and straps were lined up perfectly at the back of the room. Music was strangely loud, but not at an off-putting decibel. I loved it. It was that same vibe all of New Orleans has, an old “been there, done that,” seasoned gypsy vibe.

I laid my mat out near the far wall and lay there looking at the ceiling. It was warm yoga and I wasn’t sure what the class would be like, so I kept my shirt on in the pursuit of modesty until I could observe how the regulars practiced their yoga. The people started filling in. Keeping the respectful hushed tones and friendly familiar chatter. I remained lying on the floor staring at the ceiling. As the room began to fill and the sounds of mats being rolled out became more frantic, I sat up to take in my new yoga companions.

They were all older people. At least my age and up (I was 36 in this setting). Interestingly, it was an equal ratio of men to women. I wasn’t sure what to make of that, but it fit with the hippy vibe setting in a peaceful commune kind of way. They had all walked in already stripped down to bare minimum and I appreciated the disregard for silly decorum. I took their cue and removed my shirt down to my yoga leggings and sports bra. Hot/warm yoga is no place for a shirt or baggy clothes in my opinion.

I truly had no idea what kind of yoga I was in for. Something told me I was in for a treat.

The music went off. The room went dead silent. The instructor casually walked in. She explained she was subbing for the usual teacher, which makes me feel at ease, because it’s not what the others had expected, so we were all new in some way.

She has us begin in sukhasana (easy pose). She cues our breath. We “Aum” in unison for 3 times, (I hadn’t been in a class with Aum in a long time, this was extra special).

The music never comes back on. We begin. She starts calling out postures… in Sanskrit (it’s a good thing I study them in sanskrit). No transitional cues, minimal English translation of the asana.

“Holy f*ck, is this yoga Heaven?” My brain is immediately dancing and singing.

It was up to us to find our way.

We did every posture imaginable.

She opened us up for every possibility.

She left everything to our imagination.

People were falling out left and right and stumbling right back in.

She focused on talking about ahimsa, but never once uttered a transitional word or phrase from posture to posture. All you could hear was breathing and her voice. The sounds of shifting and adjusting. Nervous giggles. Grunts and groans. Blocks and straps moving. I couldn’t see the people around me because the focus required was so intense. I could see her feet as she walked by. A sweaty blur of unpainted toes and olive green leggings. The smell of people became over powering. It was silent and raucous all at the same time. That creaky wooden floor was bathed in our sweat and tears by the time she was done with us.

I found my yoga. All of it—not just the asana. All of Patanjali’s eight-fold path was thrown at my sweaty feet in that class. This class showed me who I wanted to be as an instructor. Simply a conductor for people to find their yoga song. I don’t need to tell them how to get there, I just need to give them the instrument. The tool. It belongs to them and only they know how to play it.

I don’t know if anyone else walked out of that particular class a changed yogi.

Which leads me to advice for all us yogis. It doesn’t matter if it is your first class or your thousandth class, one person or 100 people—always lead your students as if you are renewing their yoga spirit.

Lead them with strength and confidence. Honesty and respect. Throw away the script. Find your voice. Push them. Even if it is gentle yoga. Push them. Guide them. So many of our broken spirits need to be pushed. Guided. Gentled. Do not be afraid to teach with old spirit and new. Take the ancient knowledge and put your voice to it. In a world full of plastic, be washable and renewable.

Above all, live your yoga. 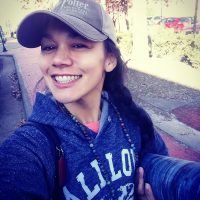 Tabitha Jones: Just a yogi and mindful fitness trainer wandering thru life in as loving a way as possible. I also really love food. If you are so inclined, follow me on Insta:… Read full bio