Searching for Sasquatch: How the Stories we tell can Make or Break our Relationships. 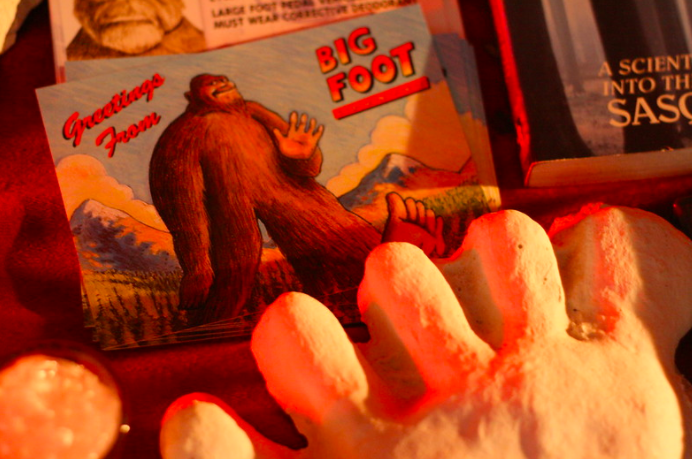 I sat staring through my night vision goggles out the car window into the dense, layered woods beside the road. Despite being perfectly open to encountering a Sasquatch that night, I had to admit, I didn’t hear anything.

I was talking to a world-renowned Sasquatch expert (his description) whom I had met earlier that day. I had given him a ride from the Bay Area to a mutual friend’s three-day Native American Church ceremony in Ojai, California, where we’d arrived a few hours earlier. The expert was senior in the NAC community, and I was just a guest, so when he started pontificating about extra-dimensional Bigfoot, I was careful to reply politely, mostly with variations on, “Uh-huh,” and “Whoa, no kidding.” And now, for my efforts, I was getting the real-life searching-for-Sasquatch experience.

I tried to picture what he meant, and the more I did, the more it seemed like I might be hearing it.

“Whoa, whoa, whoa,” he interrupted, “I just saw one! Look at that tree there!”

I scanned the many trees in my field of vision, wondering which one best fit the description.

“You can barely see him,” he said. “He’s just peeking out the side.”

I wasn’t used to night vision, so I didn’t know how much visual noise I was dealing with. But, as you’d expect, the more I tried to see what he described, the more I thought that maybe I did. We spent about 10 more minutes doing what felt increasingly like a hypnotic induction before calling it a night.

“See? They’re everywhere,” he explained as he drove us back to the party we’d left for our impromptu squatching session. “You can go anywhere and see them. They have their own language, and are actually far advanced in their civilization, way beyond us. They come through interdimensional portals at night, and they’re usually invisible to us, and…” On and on he went, as I stared silently out the window at the stars above the valley, wondering what on Earth I was doing there.

Back home in Portland, my relationship was falling apart. Through a series of miscommunications that I didn’t understand, my girlfriend had begun to see a female friend of mine as a threat, and once the idea got in her head, everything I said seemed to just confirm her suspicions.

I knew that this friend of mine was in no way a threat. But even though I was the world’s only authority on whether I had any romantic intentions for this friend (I didn’t), I somehow felt woefully inadequate to communicate that fact.

If I tried to present my point of view, I’d be shut down and the conversation would stop. And the more I tried to see my girlfriend’s point of view, the more plausible it seemed until I finally started to wonder if I really had done something wrong.

That’s what was on my mind while I listened to the day’s third or so warning not to sneak up on a Sasquatch because, despite being intensely compassionate, they’re also incredibly strong and startle easily, and might tear your arms out before realizing you’re harmless.

No harmless like armless, I thought to myself, starting to feel my fatigue for the first time in a long day.

I was tired. Tired of the expert’s voice, tired of my girlfriend’s voice in my head, and most of all, tired of my own. The world took on that quality of exhaustion where everything seemed to have already happened the day before yesterday and now I was just seeing its echo. Drifting a little further toward sleep and looking bleary-eyed at the stars, I wondered if they had any opinion about everything going on down here.

Here’s what they had to say:

If you meet someone and your stories match, great. If they don’t, a little tear in the fabric opens, and that raw chaos starts to seep in.

When that happens, you have two options.

You can throw all your emotional energy into doubling down on your story line, regardless of how much it isolates you, or of the pain it causes you and the other person.

Or you can look at each other, summon an ancient courage, and say, “Maybe you’re wrong, maybe I’m wrong, maybe we’ve built our identities on some false assumptions and neither of us knows what the hell is going on. But if we stay open and vulnerable and keep talking, then maybe we can navigate this and come through it with a deeper and more honest understanding.”

If you can both manage that, then the raw chaos becomes the alchemical heat of transformation whereby two people can genuinely grow, toward their own potentials, toward each other, and together toward reality—whatever that turns out to be.

I soaked sleepily in the wisdom of the stars, secure in the knowledge that even if everyone I knew was a little bit crazy, then at least I was, too. 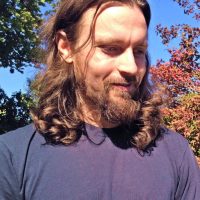 Riley Holland is a writer, teacher, musician, and explorer on his never-ending journeys through the universe. A devotee of fitness, boxing, mixed martial arts, and beer, he al… Read full bio