Less Is More: Grief and Personal Ritual in a Pandemic 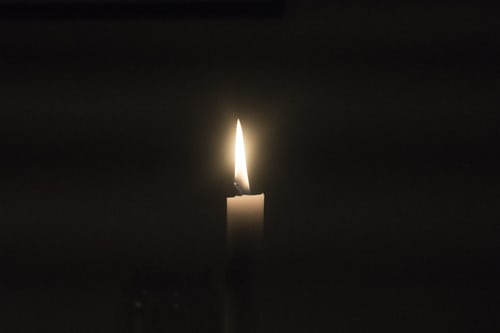 My husband decided shortly after Christmas to retire at the end of this school year. Now, because of the pandemic, he will likely not stand again in his classroom of 22 years to present chemistry equations to students sitting before him. His colleagues will not appear to applaud him on the final day of class. Nor will we celebrate the traditional end-of-year banquet with them.

A friend’s brother-in-law died of the novel coronavirus this week, in a distant city from her and her family, and they will not be together for a funeral due to stay-home orders.

With public gatherings canceled, nearly everyone is missing out on milestone occasions like graduations, weddings, and funerals, in addition to proms, sports seasons, awards banquets, and birthday parties, and every other type of event that used to seem ordinary. In the workplace, layoffs and difficult decision-making amid uncertainty are losses for many as well. We’ve seen how the virus impacts in geographic bursts, so many communities will face multiple losses in a short period.

How we handle all of this grief, for matters large and small, is as important to our well-being as washing hands. Ceremonies are essential to health, because any change depletes us to varying degrees, even when it’s happy and particularly when it’s sad. Outward gestures create an inward shift of mind and heart that helps us name, express, and release emotion. Over time, they also form remembrance. During this onslaught of loss in isolation, we must craft ritual moments for ourselves, not bypass significant events.

I’m extra sensitive to these dynamics because I lost my mom when I was seven, at a time in our cultural history when people didn’t share openly about death and thought children didn’t grieve. My mom had cancer, but I wasn’t told. In the aftermath, we spoke of her rarely and of our actual emotions never, so I reached young adulthood with a lot of pent-up grief that got knocked loose when my friend was hit by a car as a pedestrian just after I dropped her off downtown. She recovered fully, but I was never the same, in a painful but positive way. Unexpected tears and emotional fragility began to surface, and I had to feel all that had been buried. It took years to excavate.

A wise Montessori preschool teacher awakened me to the power of gesture at moments of transition or loss. Our son, then age four, announced to me on the last day of school, “We hugged the kindergarteners g’bye,” sounding pleased, satisfied even. Tears stung my eyes at the mental image of the children embracing one another in turn, and I wondered if he grasped that the older students would not return to the class. Instead, as time went on, I witnessed how taking an action, even a simple one, helped him move through the change.

Retrospectively, I applied this insight to my mom’s death. Decades had passed, but still I benefited from intentional acts to acknowledge my loss and release feelings of grief, like walking at the cemetery near the anniversary of her death, starting and ending at her grave, or baking the kind of Christmas tree cookies that she had always made. Conscious gestures also facilitated our family’s adapting to our own life changes. The day after we moved to a new home, I invited our then elementary-aged children to walk with me through the old house, now empty, prior to turning over the keys. For my mother-in-law’s funeral mass, I ordered bouquets of Gerbera daisies, her favorite flower, and helped organize the grandchildren to carry them in procession. Over time, I noticed that our most rewarding ritual moments occurred when I followed a gut instinct about what to do and allowed them to just happen, rather than trying to design the perfect thing.

In an interview with the Harvard Business Review, grief expert David Kessler noted that we may fear being overrun by a “gang of bad feelings” if we allow ourselves to feel our sadness and grief, but the reality is that feelings follow one another. He might have been describing the contrast I’ve observed between marking loss and transition in real time rather than long afterward. Ritual actions like strolling our empty house or buying flowers for a procession produced a subtle loosening in my body, which often led to tears or even wracking sobs. Though they caused me to feel painful emotions more frequently and with greater intensity, I experienced release too. Grief was flowing rather than dammed up as it had been for all those years with my mom.

As the pandemic continues, I’m relying on journaling as my most effective tool for opening up to emotional truth and translating it to authentic action. Writing again and again of spiking anxiety about my loved ones’ health eventually inspired daily loving-kindness meditation. Fears for my community’s well-being prompted a sharing gesture in the form of monetary donation to nonprofits serving people suffering most from the quarantine. Looking ahead, Joe and I have talked multiple times about his retirement, lamenting the things that won’t happen. I sense that soon we’ll begin discerning how to make the milestone meaningful anyway.

This week my friend’s young adult children posted pictures and heartfelt tributes on Facebook for their uncle who died from COVID-19. The older daughter’s post was filled with specific stories and traits that she valued about her uncle. Reading it gave me a vivid impression of a person I’d never met. She also wrote, “It is hard to not be able to hug everyone tight right now, but we will continue to share stories of you and come together in the ways we still can. We will look at pictures, listen to songs, and tend to fires. We will video chat, call, text and write. I can’t wait for our family to be together again.”

I am so uplifted by her open-hearted words, and I hope others follow her lead in the weeks to come. Maybe, of necessity, we’ll all emerge from this pandemic with a newfound ability to create ritual for ourselves that we’ll gather together to experience in person. 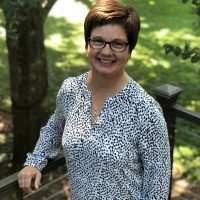 Peg Conway lives in Cincinnati, OH, where she is a Healing Touch Practitioner and writer. Her memoir of childhood mother loss is forthcoming in 2021. Learn more at her website… Read full bio