The Paradox of Coronavirus: A World Crisis & a Family Reunited. 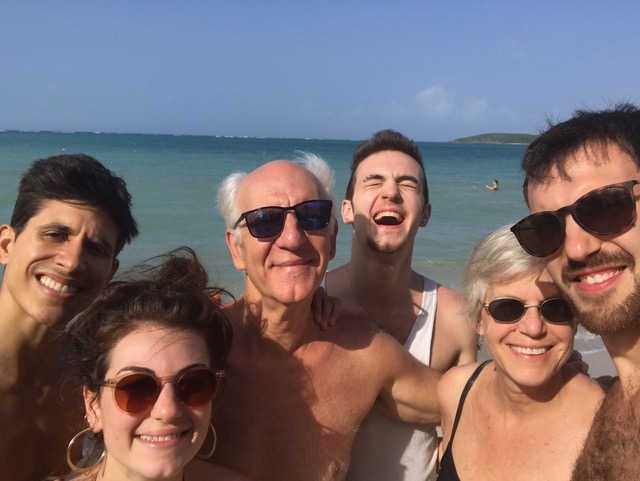 After sleeping in their childhood rooms for 10 weeks, my two grown kids, and one significant other, have returned to their Brooklyn apartments.

To see how much of their lives they can resume as New York City begins to reopen.

The living room couch, which we pushed aside so that drums, guitars, bass, mikes, and amps could surround the piano, is now back in its place. But I suspect that it’s the only thing that will return, without change, to its former orientation.

My kids are musicians. The cancelled gigs, suspended songwriting, and recording sessions upended the lives they’ve been building for a decade.

It seems like light years ago that they quarantined for two weeks in their apartments before coming here, to their hometown, in the early spring. Back then, they pulled into the driveway with a mixture of gratitude for being able to escape the epicenter of the pandemic along with deep disappointments and unsettled feelings about what lay ahead.

Like so many others, we read and watched news reports trying to understand the crisis, hopeful that lost income would remain the only price we would pay.

When I drove past the shuttered shops of my small town to the supermarket—first gloved, then gloved and masked—I returned flustered with the anxiety of gathering supplies for six grown people eating three meals a day.

Disconnected from so many of the routines of our individual lives, we searched, often awkwardly, for new rhythms to shape our days. We each found our own corners of this not large, but generous house in order to figure out how to work, create, and connect remotely with aspects of our particular lives.

As hours melted into days—then weeks—undefined by our usual concerns and distractions, it was nearly impossible to reconcile the anticipated and actual horrors that were cresting with the joy of sharing a new level of intimacy with the people closest to my heart.

Being together was an exercise in paradox—accepting our time together as the result of real loss and embracing a new day-to-day, while letting go. Of how to be full-time parents to adult children. Of how life should unfold. Of planning for anything beyond the next meal.

Every day, I was also challenged to embrace the circumstances of our sheltering while knowing that this pandemic exacerbated the fragile and dark corners of so many people’s lives. Although we found ways to contribute comfort and food to neighbors in need, I experienced our familial collective well-being in contrast to the untold number of involuntary separations inflicted by the pandemic; the suffering caused by cruel immigration policies; and the brutalities perpetuated by the police and others who randomly destroy innocent lives.

But it’s the ways we came up with to punctuate our time together that will define these past months for me: morning coffee with Governor Cuomo; long walks with the dogs; late afternoon yoga and Scrabble games; fancy cocktails and dinners that became culinary events; ice cream during nighttime episodes of “The Sopranos.”

And music. In early April, after a quick trip back to their city apartments to water plants and collect mail, the kids returned home announcing the formation of a “family band.” With their father and younger brother both at home, and both practiced musicians, it wasn’t a stretch.

I, a resolute non-performer, stepped up to background vocals with a mixture of terror and glee. Songs took shape during daily rehearsals—sometimes before, sometimes after dinner—and culminated in five weekly concerts broadcast over Facebook to the enthusiasm of a wide circle of friends and family.

Last week was to be our last concert. But the horrific events that have ignited our country, in an at once familiar and entirely new way, made it seem as if we should speak out by silencing the music.

And so instead of rehearsing, we marched together and joined with other protesters to make the kinds of noises that give rise to the hope that the lives lost are not in vain, that the political and economic powers that be will finally pale against the power of the people who are rising up to say enough.

Our couch is back in its place and the gift of this time ended much as it began—with deep uncertainty and a measure of fear, but also with hope.

The pandemic is winding down; the protests are ramping up, and as a country, we are emerging from our shelters into the glare of our country’s vast structural weaknesses and inequalities—racism that is more deadly than any virus.

We can’t yet know how our lives will unfold over the next several months, but with our masks on, we’ll both expand our circles little by little and, paradoxically, continue to take to the streets, moving into and pushing for a changing world. 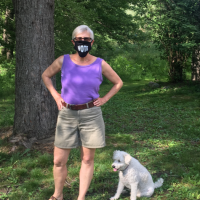 Betty A. Marton is a writer who helps others tell the stories of their lives at www.iyowpublishing.com. She writes about her life in order to understand it, and hopes it helps… Read full bio

COVID-19 is asking us to Wake the F*ck Up. Will we Listen? Everything that’s Wrong with saying COVID-19 is about Raising our Frequency. What if the Coronavirus is the Ultimate Pause & Reset Button?
See relevant Elephant Video